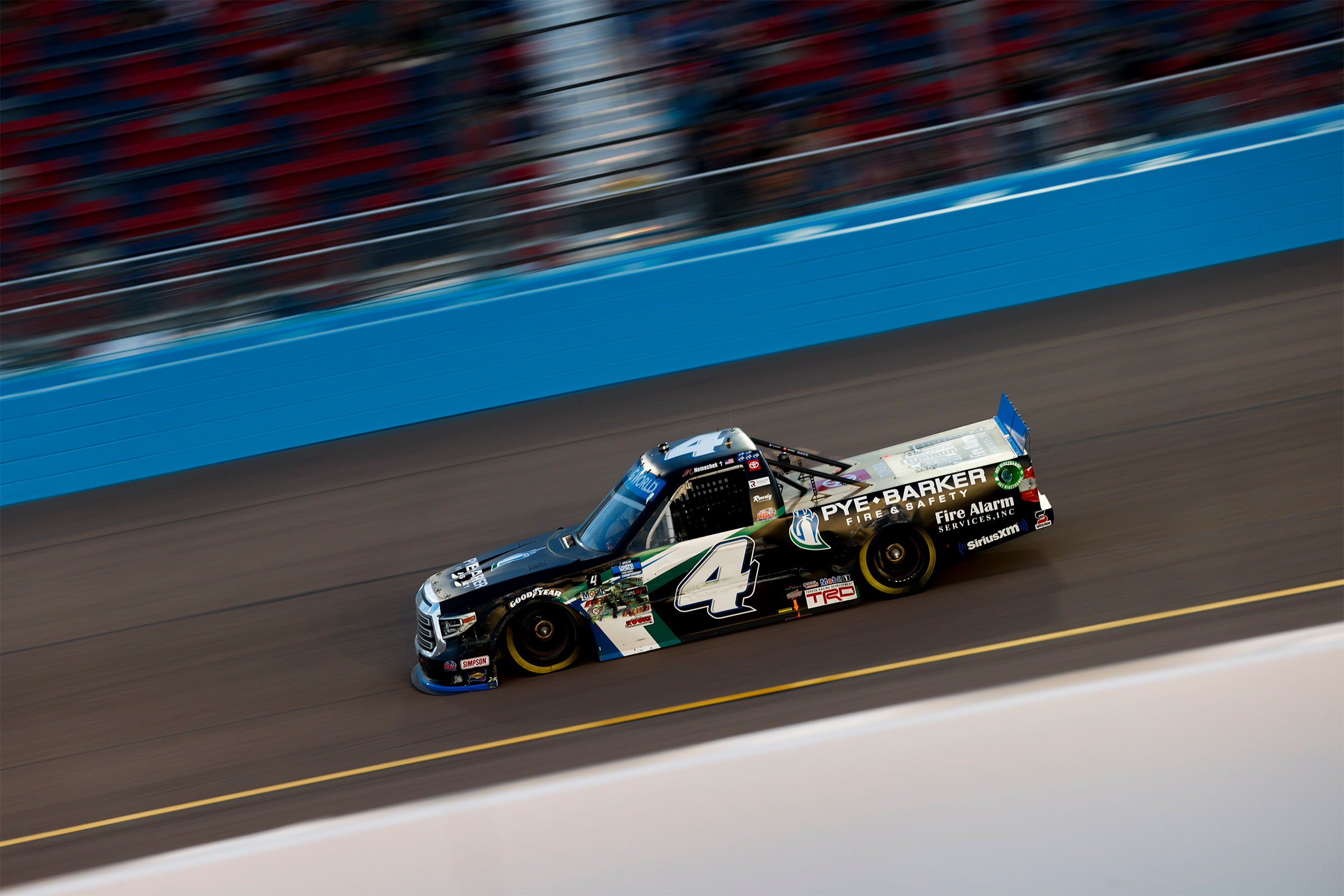 John Hunter Nemechek came into Friday night’s championship race looking to capture his first-ever NASCAR championship. After qualifying 16th, Nemechek knew he would have work to do as he started behind the other three Championship 4 contenders. As the field went green, Nemechek sustained damage on the opening lap in Turn One which would eventually lead to a flat tire and more damage to the No. 4 Tundra.

The damage from the opening lap set Nemechek back the remainder of the race as he battled to get back on the lead lap. With 50 laps remaining, Nemechek finally got the caution flag he was looking for to put him back on the lead lap and a chance to chase down the other championship contenders. The second-generation driver began to work his way through the field to pass Matt Crafton and put himself third in the championship race.

While Nemechek worked his way within three seconds of eventual champion Ben Rhodes, he would ultimately run out of time and cross the finish line in seventh and third in the championship standings behind Ben Rhodes and Zane Smith.

Nemechek announced that he would be returning to Kyle Busch Motorsports in the No. 4 Toyota Tundra. He will be back behind the wheel as the 2022 season kicks off at Daytona (Fla.) International Speedway on Friday, Feb. 18, 2022.