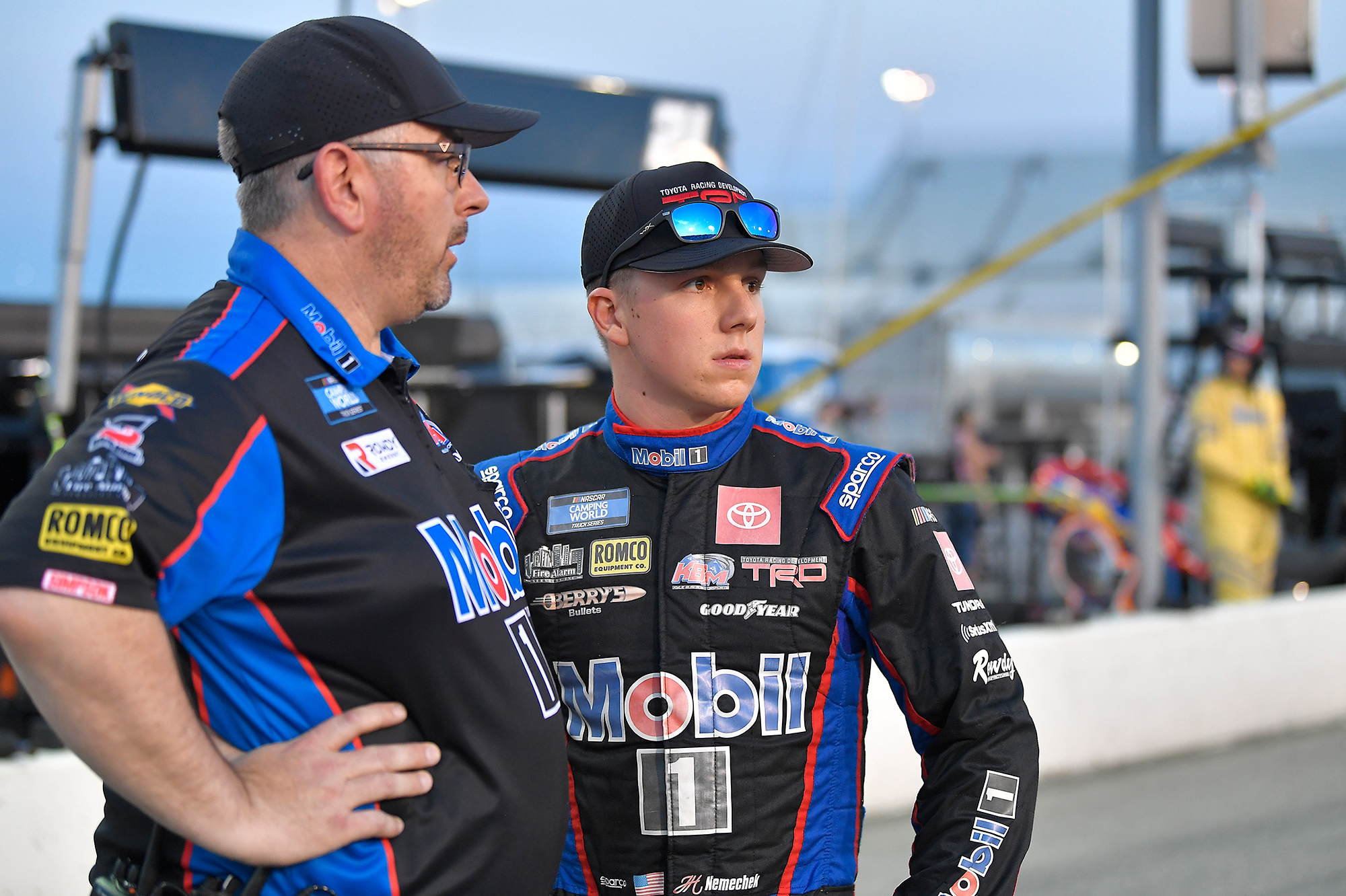 How special would it be to get a win at Darlington?

“Darlington, I’ve only run there two or three times, but I’ve always loved running there. There is so much history there, it’s such a tough race track, it’s demanding, you don’t want to get a Darlington stripe – I can tell you that. The race track is so worn out. It’s such a fun race track to race at. For me, being able to go win at those race tracks that have so much history would mean so much.”

After having a dominant truck in the spring race at Darlington but not getting the win are you eager to get back there?

“Last time at Darlington we got wrecked on one of the final restarts and gave our race away. When you have a dominant truck like we did – leading most of the laps and winning a stage, and we were pretty much checked out – there wasn’t many people that could run with us there. We were saving our stuff, trying to wait until the end and I think when it gets down to it and you lose a race that you are so dominant at it, it makes you feel heartbroken that you should’ve won that race. For us, I’m glad that we are able to go back a second time now – that wasn’t previously scheduled for us. Hopefully, we can go get some redemption this weekend!”

How will the conditions at Darlington be Sunday for a day race compared to what you experienced earlier this year with an evening race?

KBM-53: The No. 4 Mobil 1 team will unload KBM-53 for Sunday’s race at Darlington. Nemechek led a race-high 65 laps and won Stage 2 with this same Tundra at Darlington in May before getting caught up in an accident while leading on a restart with just under 30 laps remaining and ending the event with a disappointing eighth-place finish. He also piloted this Toyota to a third-place finish at Atlanta (Ga.) Motor Speedway in March.