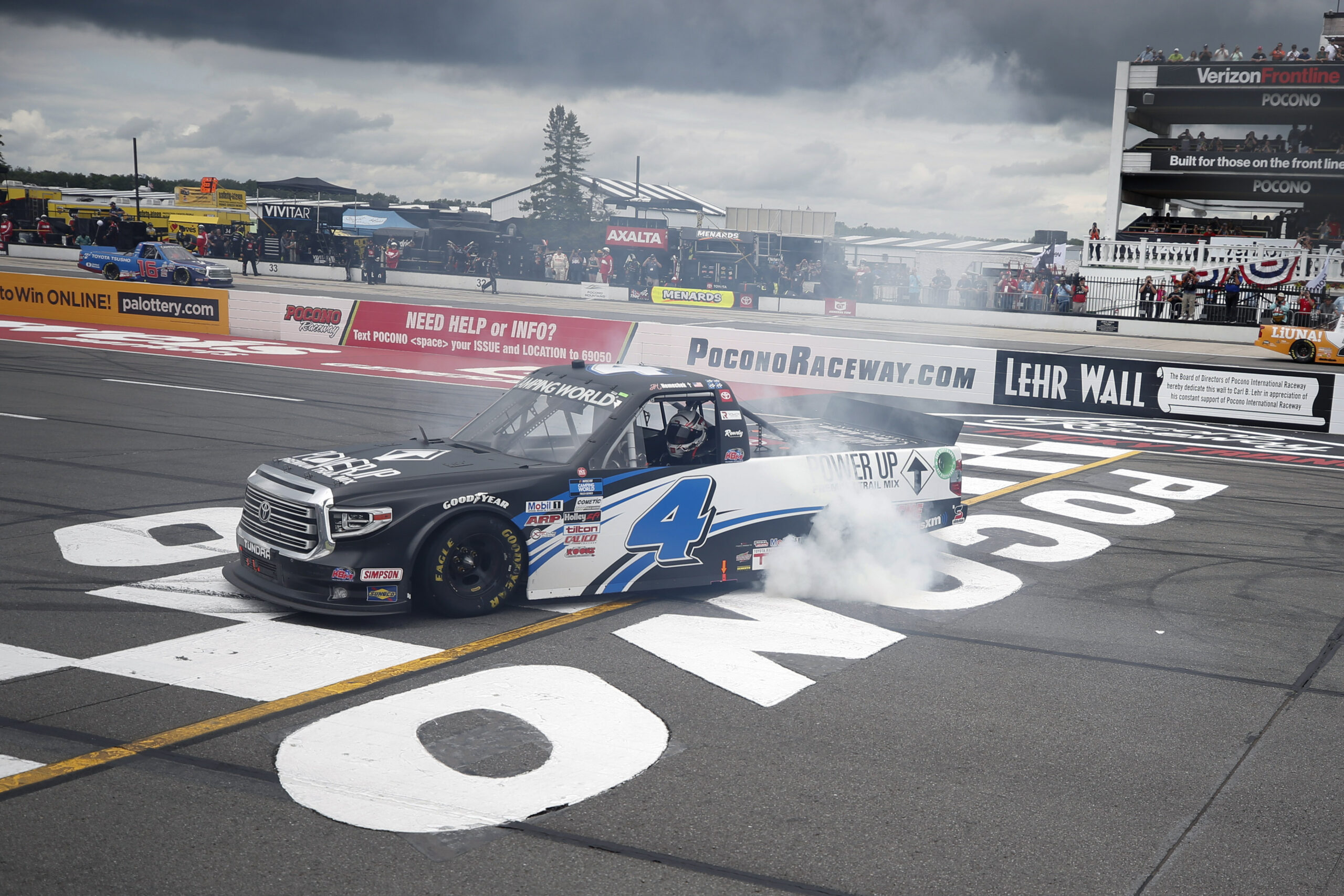 John Hunter Nemechek picked up his fifth win of the season, beating team owner Kyle Busch on Saturday at Pocono Raceway in the No. 4 Power Up Premium Trail Mix Tundra. Nemechek started the 60-lap event from the seventh position, but fell back on the start, finishing the first stage in the 12th position. After pitting during the stage break, Nemechek rallied, winning the second stage and eventually outdueling Busch for the race win.

John Hunter Nemechek, driver of the No. 4 Power Up Premium Trail Mix Tundra for KBM

When you got the caution, what was going through your mind?

“We didn’t have enough time there. We were running him down. We definitely had a really fast Power Up Toyota Tundra. Overall, huge shoutout to all of my guys. They never gave up. We weren’t very good in Stage 1. We kept working on it. Just thankful for the opportunity from Toyota, Jack (Irving), Tyler (Gibbs), David Wilson, Kyle (Busch), Samantha (Busch) that put this whole deal together. I’m proud of everyone at KBM (Kyle Busch Motorsports), all of these guys, I feel like I have the best team in the garage and one of the best pit crews as well. How about all of these fans out here. I’ve never seen so many fans and so many campers here at Pocono. It’s really cool to see.”

With two races remaining in the regular season, Nemechek and the No. 4 team extended their lead over Ben Rhodes in the point standings to 86 points.

The No. 4 team returns to the track when the NASCAR Camping World Truck Series resumes action on Friday, July 9 at Knoxville (Iowa) Raceway. Live coverage will be on FS1, Motor Racing Network and SiriusXM at 9 p.m. ET