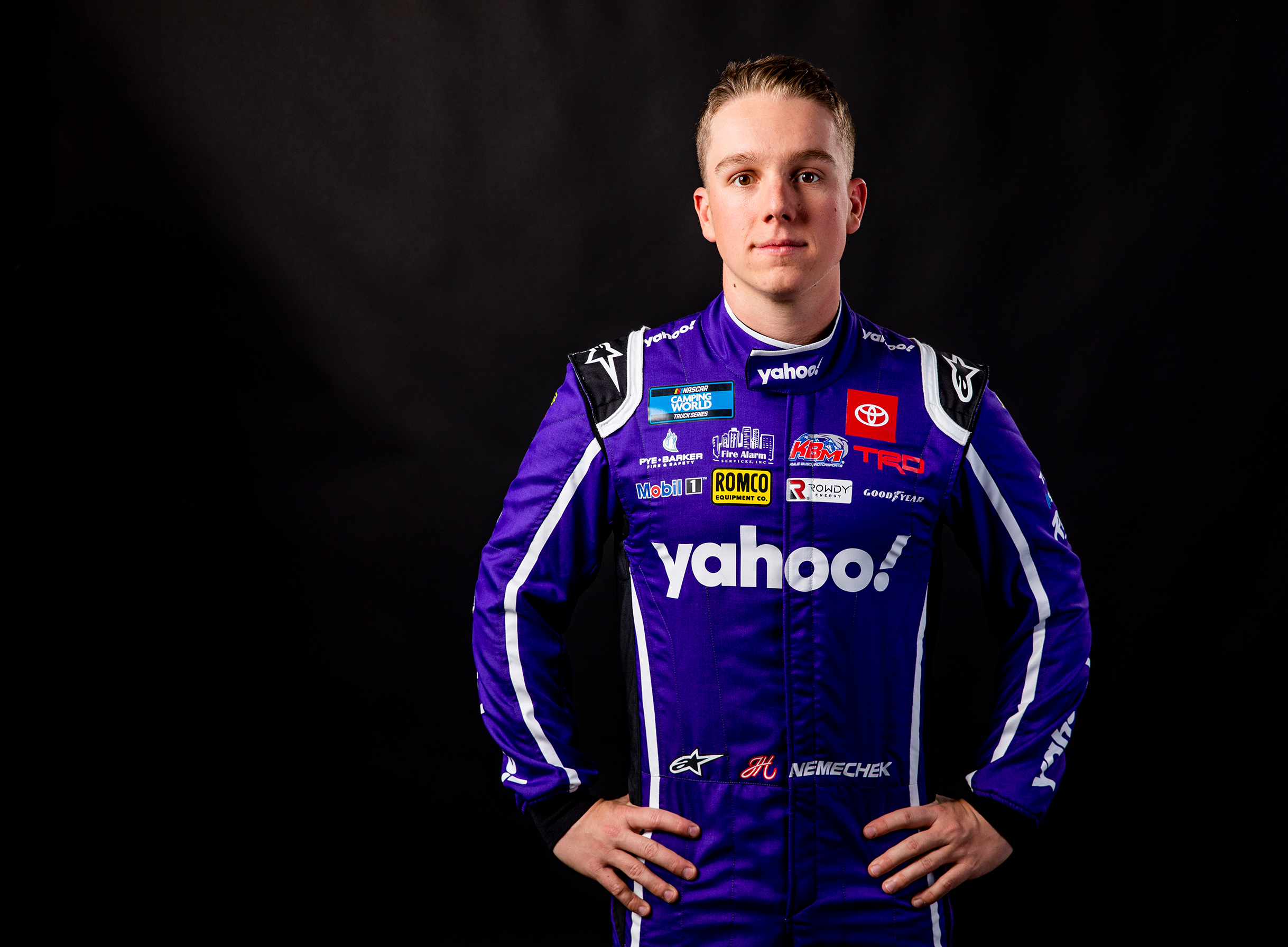 What’s the trickiest part of the “Tricky Triangle”?

“Making your truck go around all three corners very well. Turn 1 is different from Turn 2, the ‘Tunnel Turn’ is completely different from Turn 3 and Turn 3 is different than Turn 1. So, three completely different types of corners. It’s something that you have to figure out how to drive through, how to set your truck up for it, and have the best finish that you possibly can to each corner because the straightaways are so long. It’s all about getting through the corner and getting on the straightaway.”

You are tied for second in the regular season standings heading into Saturday. Do you race for stage points in an effort to finish second in the points or do you go for a strategy to race for the win?

“I think it depends on the day and situation with how fast we are. I think you’ll see a lot of guys jump the stages and pit before the stage breaks just to be in a better spot to win the race. Last year, we played the stages and actually ran until the end of each stage and did not pit before and still ended up winning the race with a really fast truck so hopefully we can do the same this year.”

How important is it to have a strong run on Saturday and have momentum heading into the start of the playoffs?

“I do think it is important having momentum going into the playoffs whether it’s a win this weekend or a really strong run. We need to get out of the mechanical failure DNF’s (did not finish) that we’ve had this year. We’ve had way too many but we’re still up there in points so we still have speed, we just need to get a little bit better so hopefully getting some momentum this weekend at Pocono can transfer into IRP next weekend and kickoff the playoffs on a really strong note.”

KBM-56: The No. 4 Yahoo! team will unload KBM-56 for Saturday’s race at Pocono. Nemechek has raced this Tundra twice so far this season, earning the pole at both Las Vegas (March) and Texas (May) and finishing in 25th and sixth, respectively. In 2021, Nemechek led 12 laps and picked up his fifth win of the season while piloting KBM-56 at Pocono. Overall, KBM-56 has tallied one win, 91 laps led, two top-five and six top-10 finishes resulting in an average finish of 13.5 across 13 starts.