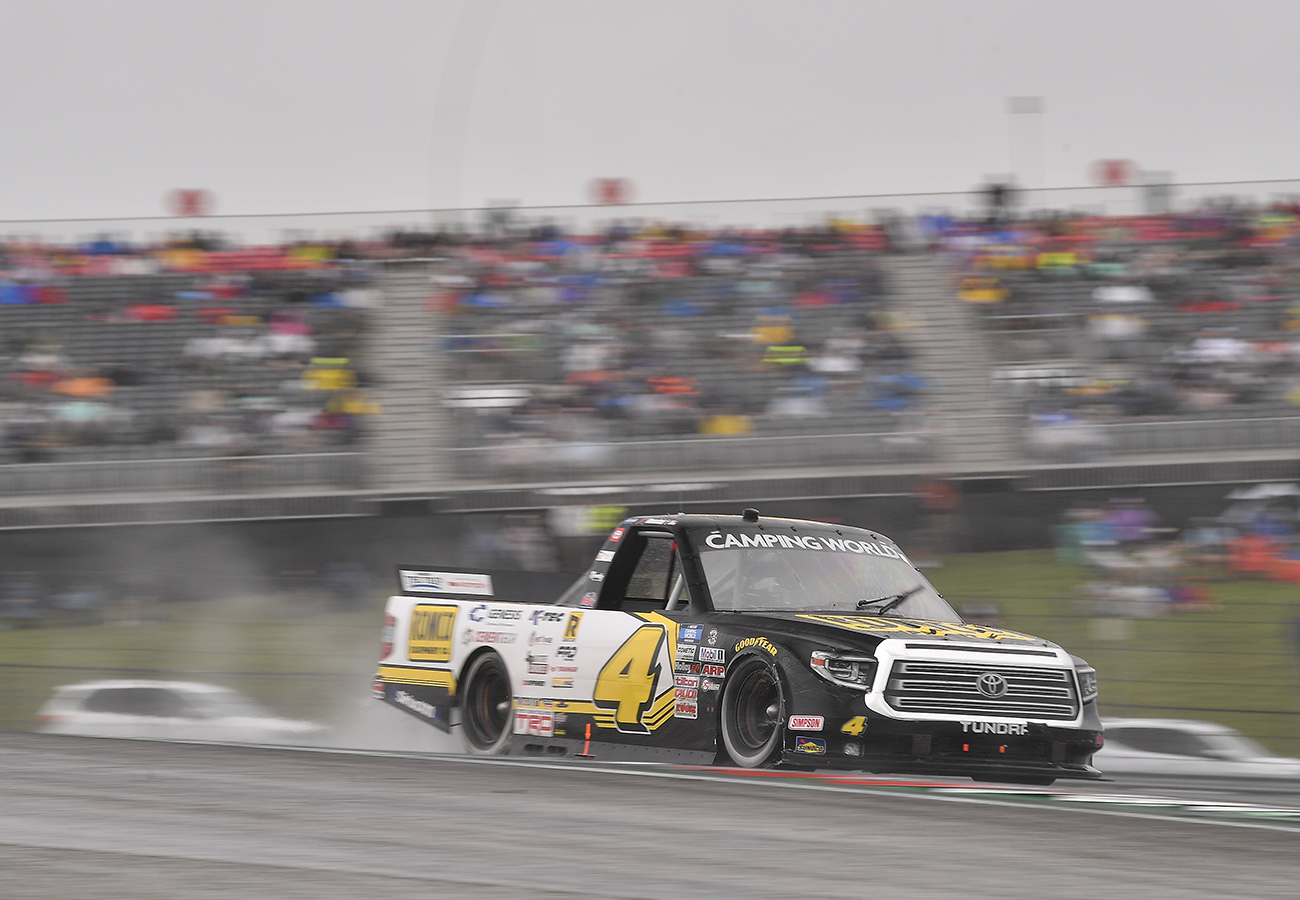 John Hunter Nemechek ran in the top 10 for the majority of the Toyota Tundra 225 at Circuit of the Americas in Austin, Texas before an uncontrolled tire penalty on lap 23 sent Nemechek to the rear of the field to start the final stage. Despite the penalty, Nemechek was able to rebound to finish in the 12th position.

John Hunter Nemechek, driver of the No. 4 ROMCO Equipment Co. Tundra for KBM

“We never really had the speed we had hoped for in our ROMCO Tundra this weekend in practice, the race or qualifying. We struggled pretty bad during the race and once we had to go to the tail of the field it was tough going to work back forward, but we were able to salvage a 12th-place finish. Always appreciate ROMCO’s support, they have been with me for a long time, and I had hoped to get them to victory lane today. We’ll regroup this week and try to go get us another win at Charlotte.”

After nine races, Nemechek and the No. 4 team continues to lead Ben Rhodes in the point standings by 31 points

The No. 4 team returns to the track when the NASCAR Camping World Truck Series resumes action on Friday, May 28 at Charlotte (N.C) Motor Speedway. Live coverage will be on FS1, Motor Racing Network and SiriusXM at 8:30 p.m. ET.