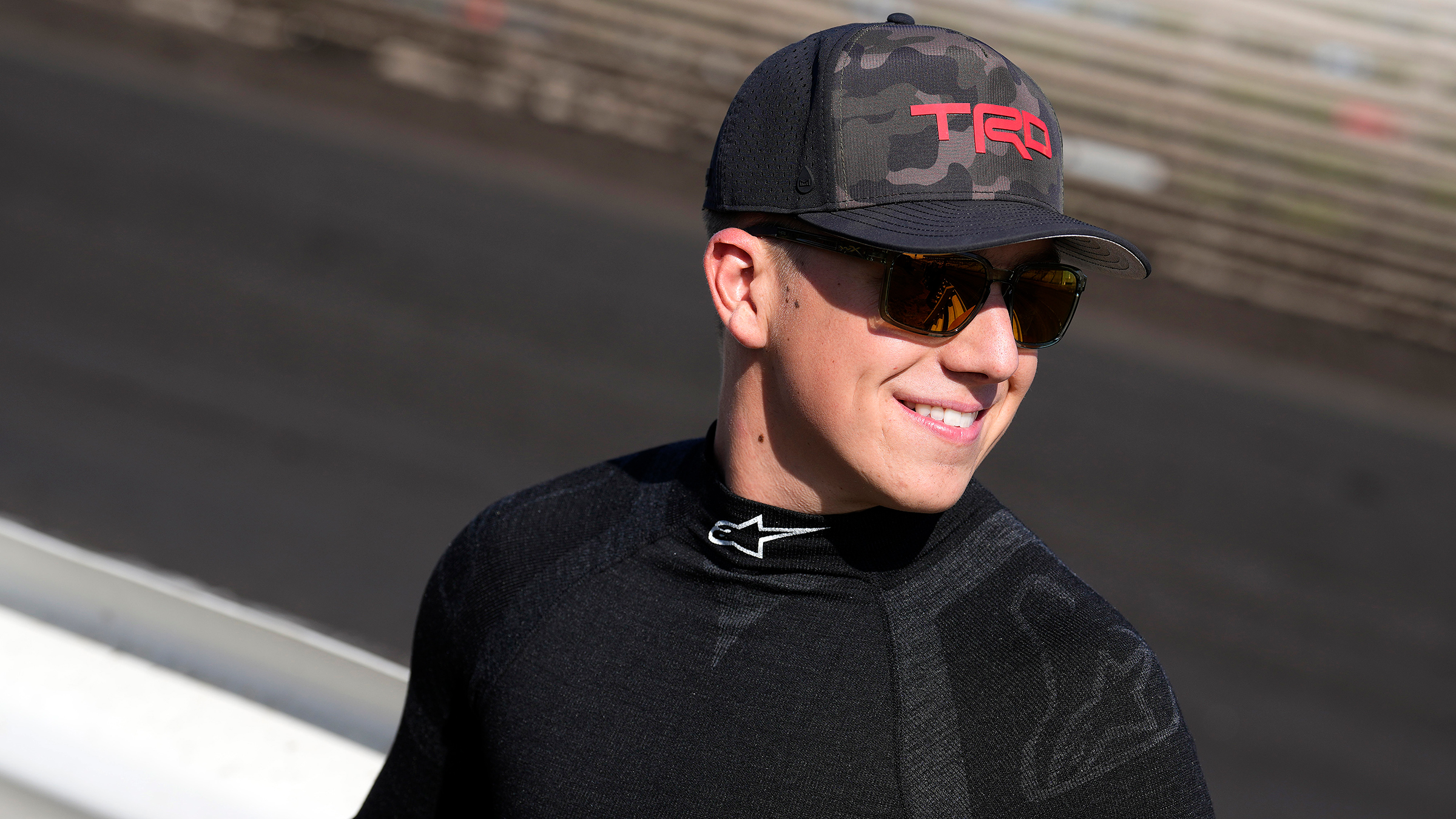 Is there another track on the schedule that you would compare to Nashville or is it unique?

“I think Nashville itself is unique; concrete racetrack, over a mile, kind of races like a superspeedway a little bit with a little bit of short track corners where you use break. There’s a lot of off throttle time compared to our normal mile-and-a-half racetracks that we go to. It’s a little bit different for us, I struggled there last year, I feel like we struggled a little bit as a team there last year, so we have our work cut out for us this weekend but looking forward to going there and trying to get KBM another victory at Nashville.”

It’s the second race of the Triple Truck Challenge, do you look forward to competing for the extra cash?

“Yeah, for sure. I can’t thank Camping World and everyone enough that helps put together the Triple Truck Challenge to put a little bonus incentive of cash there. It’s $5ok if you win the race and even more if you win the Triple Truck Challenge so huge shoutout to Camping World, Marcus Lemonis, and everyone involved that puts together this amazing program.”

You reclaimed the points lead after Knoxville. What do you have to do over the next three races to bring home the regular season championship?

“I think for us, we just need to have consistent runs and not make mistakes. We’ve got to be fast, and we know we have trucks capable of doing that, so not dialing ourselves out during practice, putting good races together, finishing up high in the stages and having good results at the end of the race. Just have to put everything together, execute, and not beat ourselves and not make any mistakes.”

KBM-38: The No. 4 Mobil 1 team will unload KBM-38 for Friday’s race at Nashville. Nemechek raced this Tundra once earlier in the season at Kansas where he earned the pole award and went on to finish sixth. Overall, “38 special” has collected seven wins across 23 career starts. Three with Christopher Bell and one each with Kyle Busch, William Byron, Noah Gragson, and John Hunter Nemechek.