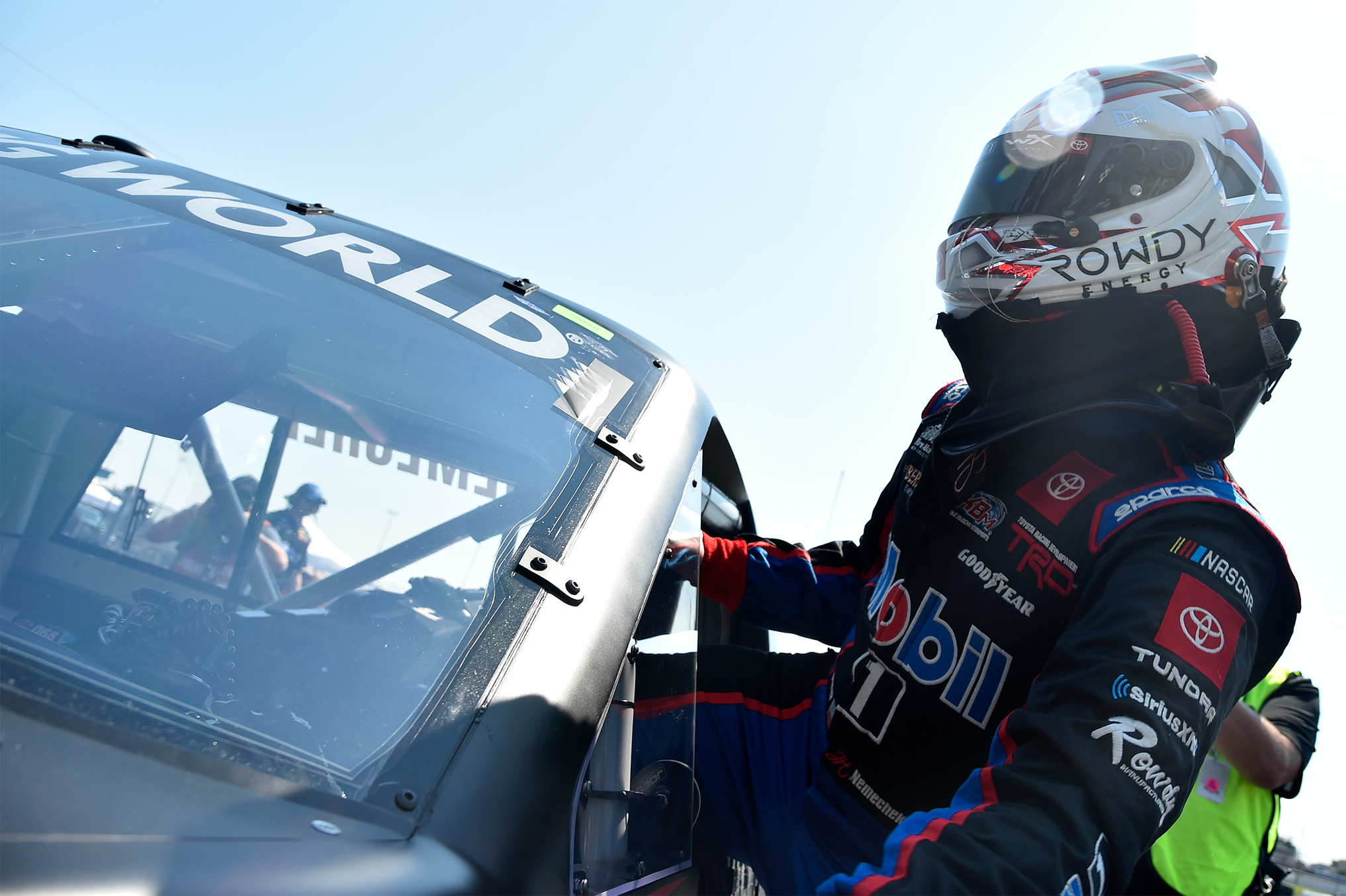 Do you remember what your favorite Halloween costume was as a kid? Do you have a costume picked out for Aspen’s first Halloween?

“I don’t know what my first or favorite Halloween costume was. I remember dressing up as a kid probably as a race car driver or something modeling after my dad. Aspen, we have a flamingo costume and working on a couple others. It might be a whole costume outfit change a few times on Halloween day.”

How will you approach Martinsville being 36 points above the cutoff line?

“Go try and run all the laps, maximize stage points, maximize our finish, not get caught up in a wreck and run our race. If we don’t beat ourselves and don’t have a mistake or a mechanical failure and don’t get taken out, I definitely think that we’ll be in a spot to advance. It’s definitely close with the 99 behind us, one point I think behind us, and then there is a couple others that are racing their way in and then quite a few that are in a must-win situation. I feel like it is definitely is going to be a heated battle, there is going to be a lot of intensity and it’s knowing who to race, how to race them and when to race them to not put yourself in a bad spot.”

You made your first-ever Truck Series start at Martinsville and have a win there as well, how special of a place is it for you?

“I’ve really liked going to Martinsville. I think anywhere that you’ve made your debut has a special place in your career and being able to go back to Martinsville – I finished second there too many times and given up a few races there that we should’ve won and finally brought home a grandfather clock in 2018 – it’s definitely a special race track for me. It’s been a lot of fun being able to go there and race a unique race track with concrete corners and asphalt straightaways. It’s a place I look forward going to every single year.

KBM-58: The No. 4 Pye-Barker Fire & Safety team will unload KBM-58 for Saturday’s race at Talladega. So far in 2021, KBM-058 has collected three wins (Charlotte Motor Speedway, Las Vegas Motor Speedway and Richmond Raceway) with Nemechek behind the wheel. Overall, the chassis has collected four wins across 13 career starts. The other win came with Kyle Busch behind the wheel at Charlotte in 2019.