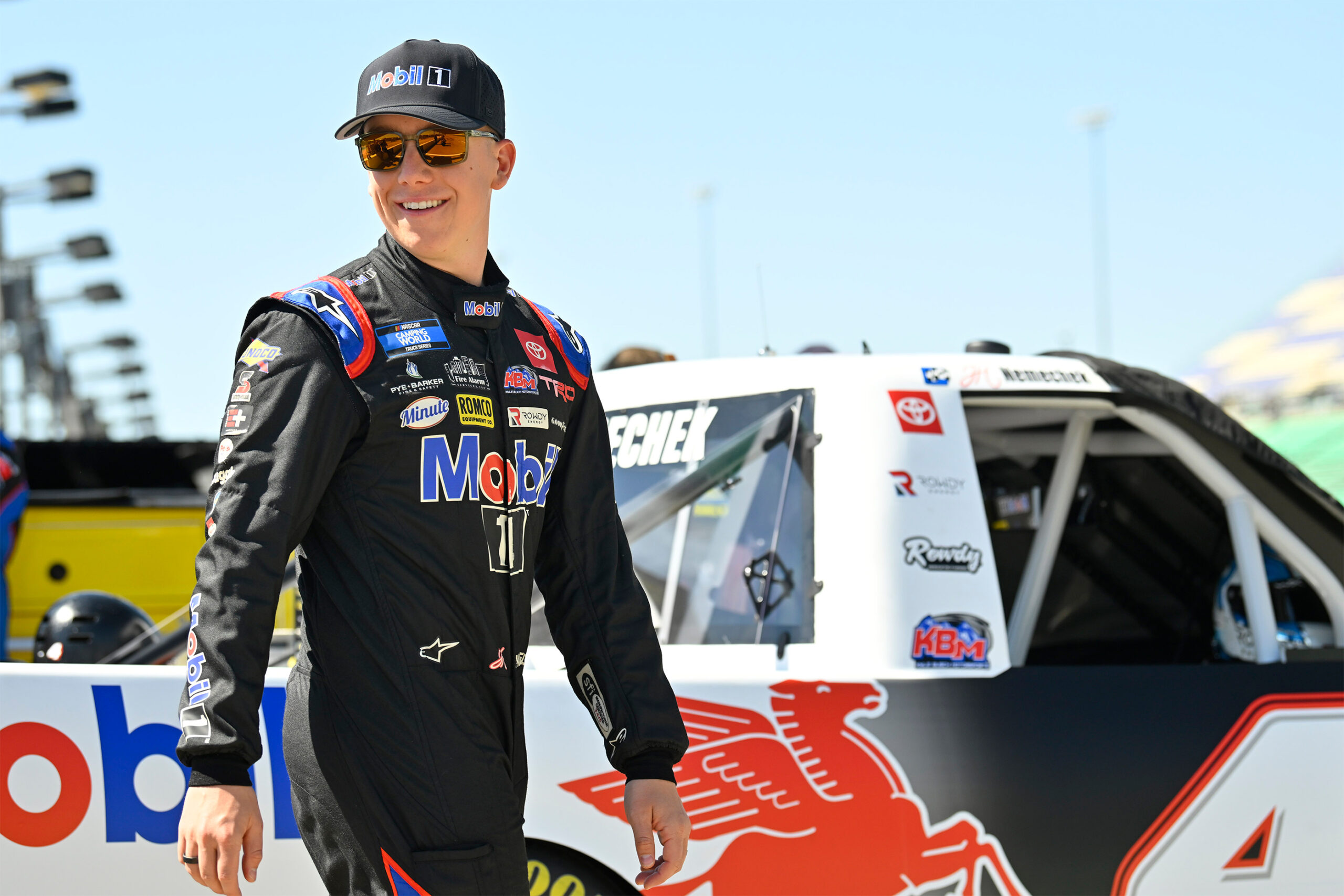 How different is it racing at Knoxville compared to Bristol Dirt?

“It is, Knoxville being flat and not having a lot of banking. Bristol, they did a very good job with the track prep. You were able to run the bottom, the middle, all the way up to the fence. I’m not sure how Knoxville will play out, last year it was one lane right around the bottom and if you were on the outside, it wasn’t good. Hopefully we do a little bit better with the track prep this year and can run multiple lanes, I know the World of Outlaws ran there this past weekend and they put on a good show being able to run the bottom all the way up to the fence. So, we’ll see what happens, looking forward to getting back dirt racing and chasing another victory.”

Do you feel with how the track races that it will be another super aggressive race this weekend?

“Yeah, I feel like Knoxville is definitely going to be a super aggressive race. I feel like the biggest thing for us is just trying to stay in the right mindset and not get flustered. It’s not if you’re going to get run into, it’s when, so just trying to keep that mindset, not get flustered in the moment and take yourself out of contention by trying to make a move too early or whatever it may be. So, just have to be smart, race our race and salvage the best finish that we can.”

Does having Buddy Kofoid as a teammate this weekend help at all with going to race a dirt track?

“I think having Buddy the Dirt Driver with us this weekend is definitely going to be good to just have a different perspective. Having Brian Brown there last year, he doesn’t have a lot of stock car experience, kind of like Buddy, but you can pick their brain about the dirt, how the track is going to change, and what the track is going to do in terms of rubbering up or staying wet and tacky. We have two practice sessions on Friday so definitely going to be interested to see how the track changes. It changed a lot last year in those two practices and was completely different when we went back on Saturday for the race, so just have to stay on top of it and know what to do and how to make adjustments inside the race car with my hands and feet and pedals and everything else to try and get the truck to turn or not break rear traction depending on the conditions of the racetrack. Being able to lean a lot on those guys for that information is very important.”

KBM-35: The No. 4 Mobil 1 team will unload KBM-35 for the Saturday night race at Knoxville. Nemechek raced this Tundra once earlier this season at the Bristol Dirt race where he finished third. Prior to that, KBM-35 had not raced since October of 2020 and has one career win in 18 starts, coming with Daniel Suarez at Phoenix (Ariz.) Raceway in 2016.