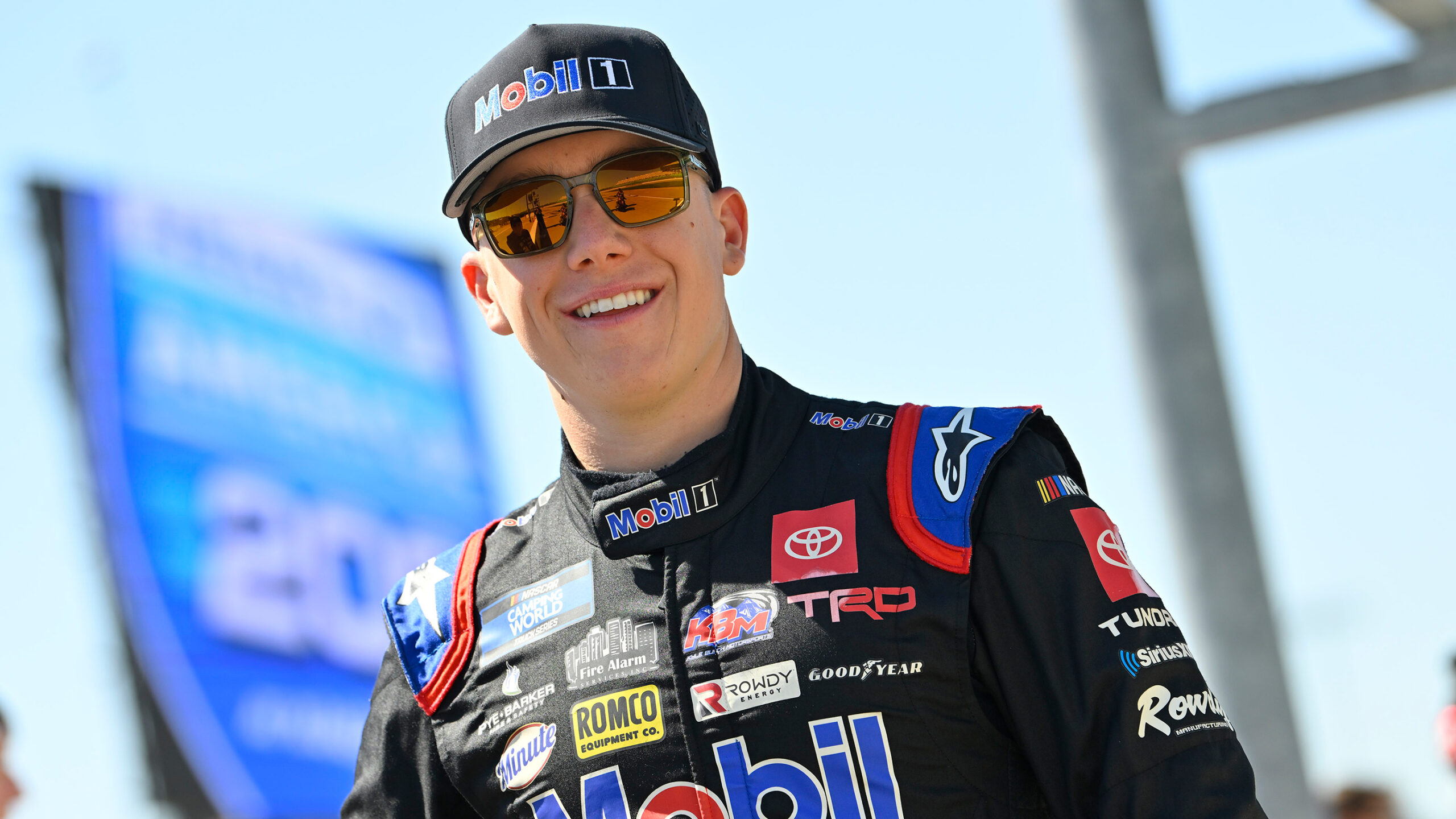 Will having competed in a couple of Xfinity races during this long off period from the truck series scheduled be beneficial to you?

“Being able to stay in the seat I think it’s helped me. Having three weeks off in between truck races is definitely difficult from getting into a groove staying mentally sharp and really just making sure that you’re on top of everything that’s going on. I think being in the seat helps me as a driver continue to learn and gain valuable knowledge and experience. As well as just being able to be on top of everything that is going on with pit road stops, restarts and a lot of different things that play into those.”

How will you approach this race being 43 points above the cutoff line?

“We have to race smart; the main goal is to advance to the next round and continue to put ourselves in a good position to try and make the Championship 4. Yes, winning would be great but the big goal is to advance.”

You’ve finished inside the top 10 in 6 of 7 starts at Kansas between truck and Xfinity including a Xfinity win. What makes you so successful at this track?

“Kansas has always been really good to me, have rattled off quite a few top-10’s like you said and for me it’s a place that suits my driving style. You can run the bottom, you can run the middle, and you can run the top. You have to have a good balance in your vehicle, but a driver can also help quite a bit from running those different lines and trying to stay on top of the racetrack as it changes. Kansas has always just been a place that I loved, and I’ve run really well there from the first time that I ever raced there.”

KBM-56: The No. 4 Mobil 1 team will unload KBM-56 for Friday night’s race at Kansas Speedway. Nemechek has raced this Tundra three times in 2022, earning two poles (Las Vegas & Texas), one top-five (Pocono), and two top-10 finishes (Pocono & Texas) while leading a total of 37 laps. In 2021, Nemechek piloted KBM-56 three times including a win at Pocono Raceway in June. Overall, KBM-56 has recorded one win (Nemechek), three poles, 91 laps led, three top-five and seven top-10 finishes in 14 starts resulting in an average finish of 12.7.