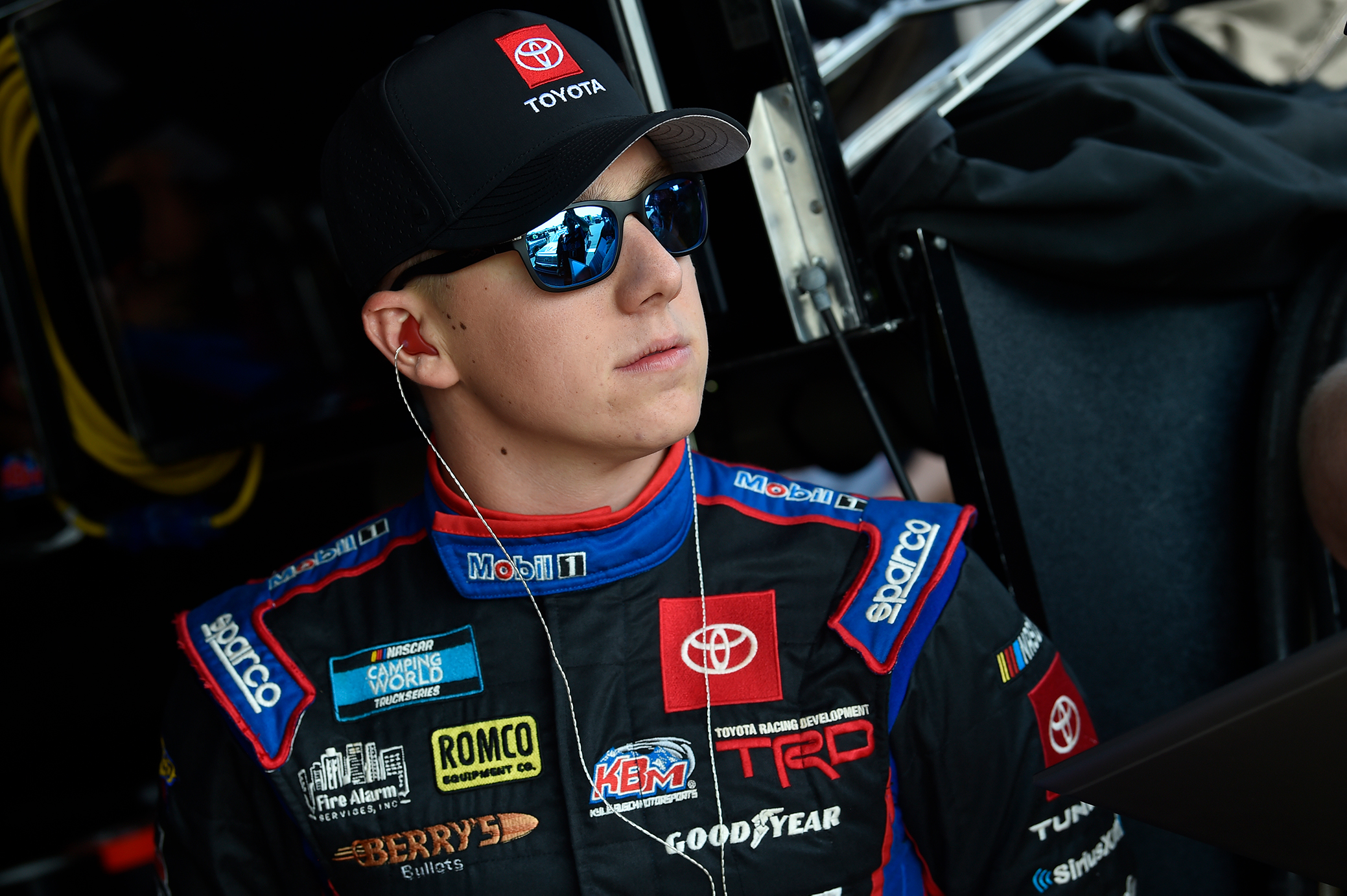 You came to KBM to win, and you’ve won five races this year but was winning the championship the ultimate goal?

“Coming to KBM this year was coming back to win races. We were #Here4Wins, we used it when announced me coming back. I wanted to come here to be able to park it and victory lane and take checkered flags home. For me, it was proving to myself that I could still do this. When we use that hashtag, we’re not just using it to win races, we’re here to win practice, qualifying, stages, races, and championships. Luckily, we were able to lock up the regular season championship earlier this year, so now trying to go for the playoff championship. Hopefully, we’ll be the ones hosting that trophy over our head come Friday night.”

What would it mean to you to win a NASCAR National Series championship?

KBM-56: The No. 4 Pye-Barker Fire & Safety team will unload KBM-56 for the Championship 4 race at Phoenix Raceway. Nemechek piloted this Tundra twice this season, including at Pocono Raceway in Long Pond, Pa., where he was victorious. In its most recent outing, KBM-56 raced at Las Vegas, where it was out front for 33 laps but experienced some mechanical issues and was relegated to a 33rd-place finish.