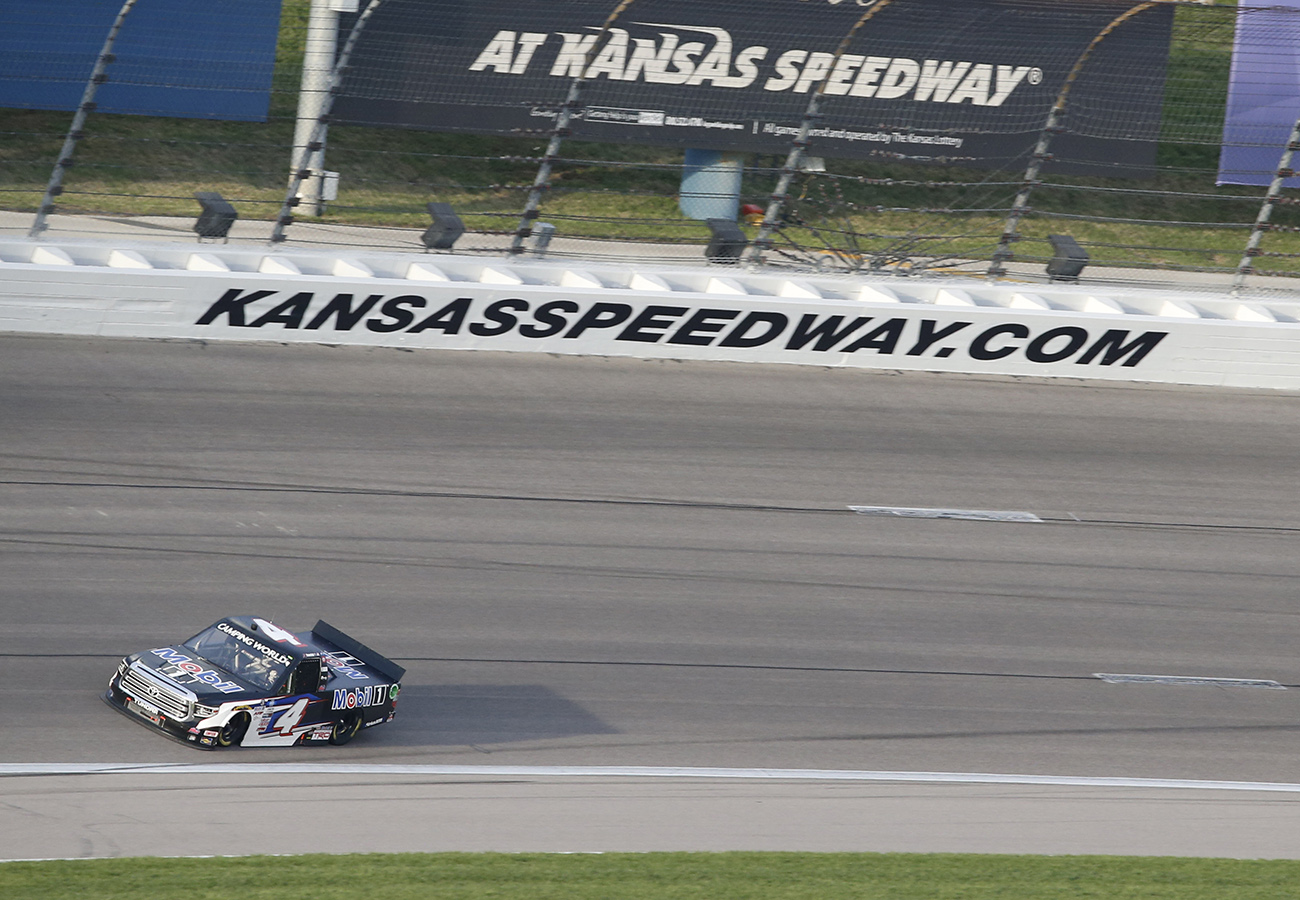 John Hunter Nemechek finished fifth in the Wise Power 200 after taking a gamble by coming down pit road during the fourth caution of the evening for four scuffs. Nemechek restarted in the 11th position and worked his way up to eighth when the fifth and final caution flew off Turn 2 in the second attempt at NASCAR Overtime.

Nemechek restarted from the outside lane and attempted to gain valuable positions before contact with another competitor caused a tire to go down on the Mobil 1 Tundra.

With his fifth-place finish, Nemechek was able to extend his points lead and score the No. 4 road crew a $50,000 bonus thanks to Camping World.

What more did you need to battle with Kyle Busch?

“We were just too loose all night. I couldn’t fire off and didn’t have any short-run speed. I figured that I had really good mid-run speed compared to Kyle (Busch) and he definitely had the long run speed. Takeaways, positive day. If a bad day for us is fifth, then we’re doing pretty good. We came down and gambled there with the second-to-last caution. I trusted Eric (Phillips, crew chief). We have two wins so why not gamble and try to go get a third. It almost worked out. If we hadn’t gotten sandwiched on that last restart, I think we would have been in pretty good shape being one of the first guys on tires there. Oh well, solid day here in Kansas. Still the points leader and still moving forward. The Mobil 1 Toyota Tundra was fast, just needed a little bit more.”

After seven races, Nemechek and the No. 4 team extend its points lead over Ben Rhodes to 33 points.

The No. 4 returns to the track when the NASCAR Camping World Truck Series resumes action on Friday, May 7 at Darlington (S.C.) Raceway. Live coverage will be on FS1, Motor Racing Network and SiriusXM at 7:30 p.m. ET.