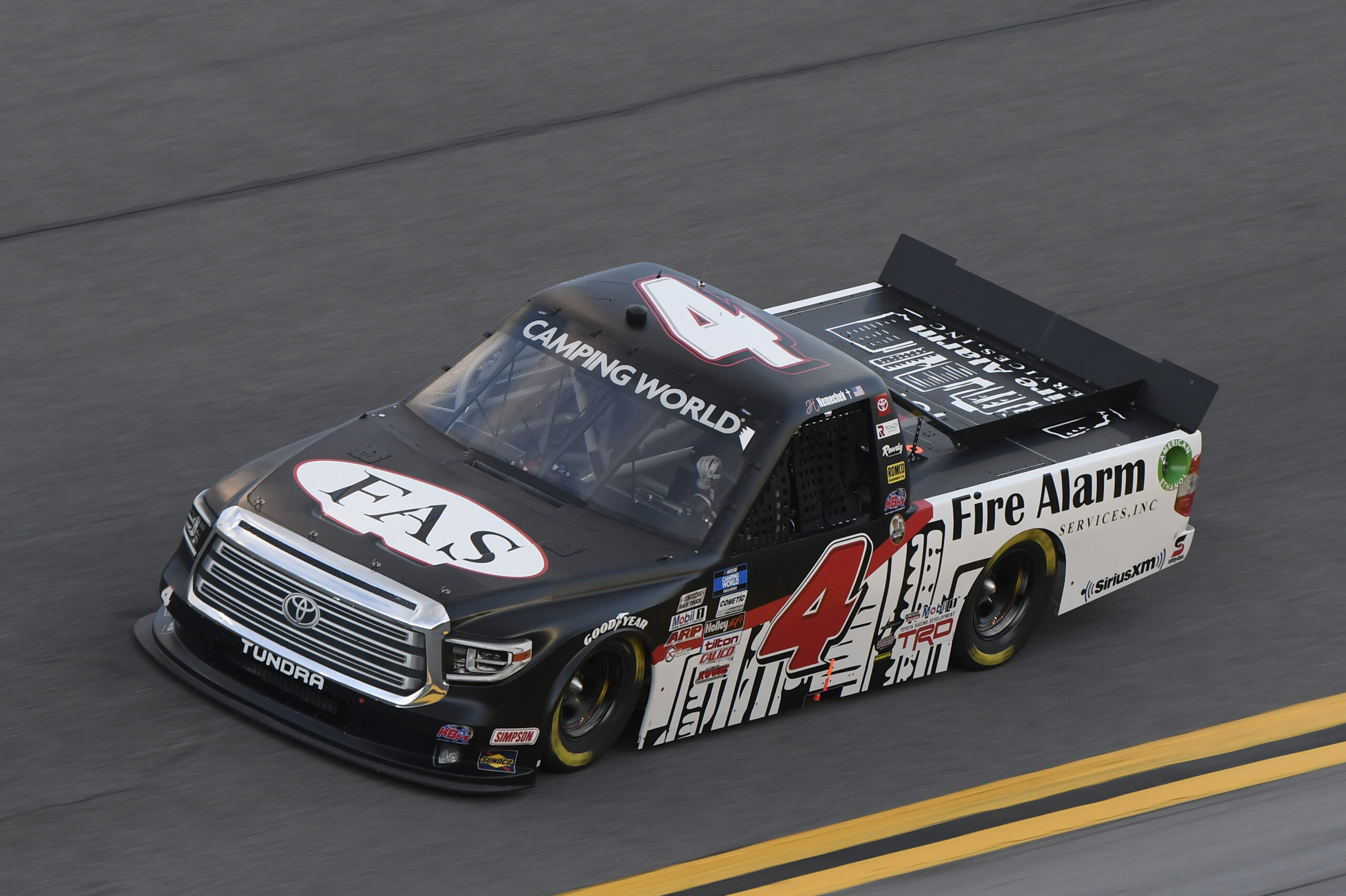 Despite being involved in a late-race incident in the NextEra Energy 250 at Daytona International Speedway, John Hunter Nemechek was able to bring the Fire Alarm Services Tundra home in the seventh position. Nemechek was able to lead 14 laps in his Kyle Busch Motorsports debut (KBM), score 17 stage points and earn one playoff point via his win in Stage Two.

John Hunter Nemechek, driver of the No. 4 Fire Alarm Services Tundra for KBM

Solid start to your season, John Hunter. How was your race as a whole?

“I felt like our race was okay – or decent at least. I feel like we had a really fast Fire Alarm Services Toyota Tundra. We made gains through the weekend. I felt like we were pretty good right off of the truck. Eric (Phillips, crew chief) and all of the guys at KBM (Kyle Busch Motorsports) gave us a really good truck that we could contend with. I felt good about our chances overall tonight. We stayed up there in Stage One and ended up winning Stage Two. In stage three, we did a strategy call. We took tires and it put us behind a little bit and never could get back to the front. I felt like we got trapped back there. We were making our way back up there towards the end and then we ended up getting caught up in the second-to-last wreck. It kind of sandwiched the truck, and I got tagged in the left rear and spun out. We had tires go down and damage. We started in the back on the final restart on the green-white-checkered. I was able to somehow get a pretty good suck going down the back and made it to the bottom lane in (turns) three and four. I got down and they all started wrecking almost to the tri-oval. They wrecked a bunch of them, somehow, we managed to make it through that without getting in the grass and wrecking and came home seventh. Overall, really solid points day. I’m looking forward to the rest of the year, and this is just a start of what we can do.”

After one race, Nemechek and the No. 4 team sit third in the driver point standings just three points behind Ben Rhodes.

Nemechek will be back behind the wheel of the No. 4 Mobil 1 Tundra when the NASCAR Camping World Truck Series resumes action on Friday, Feb. 19, 2021, on the road course at Daytona International Speedway. Live coverage will be on FS1, Motor Racing Network and SiriusXM at 7:30 p.m. ET.