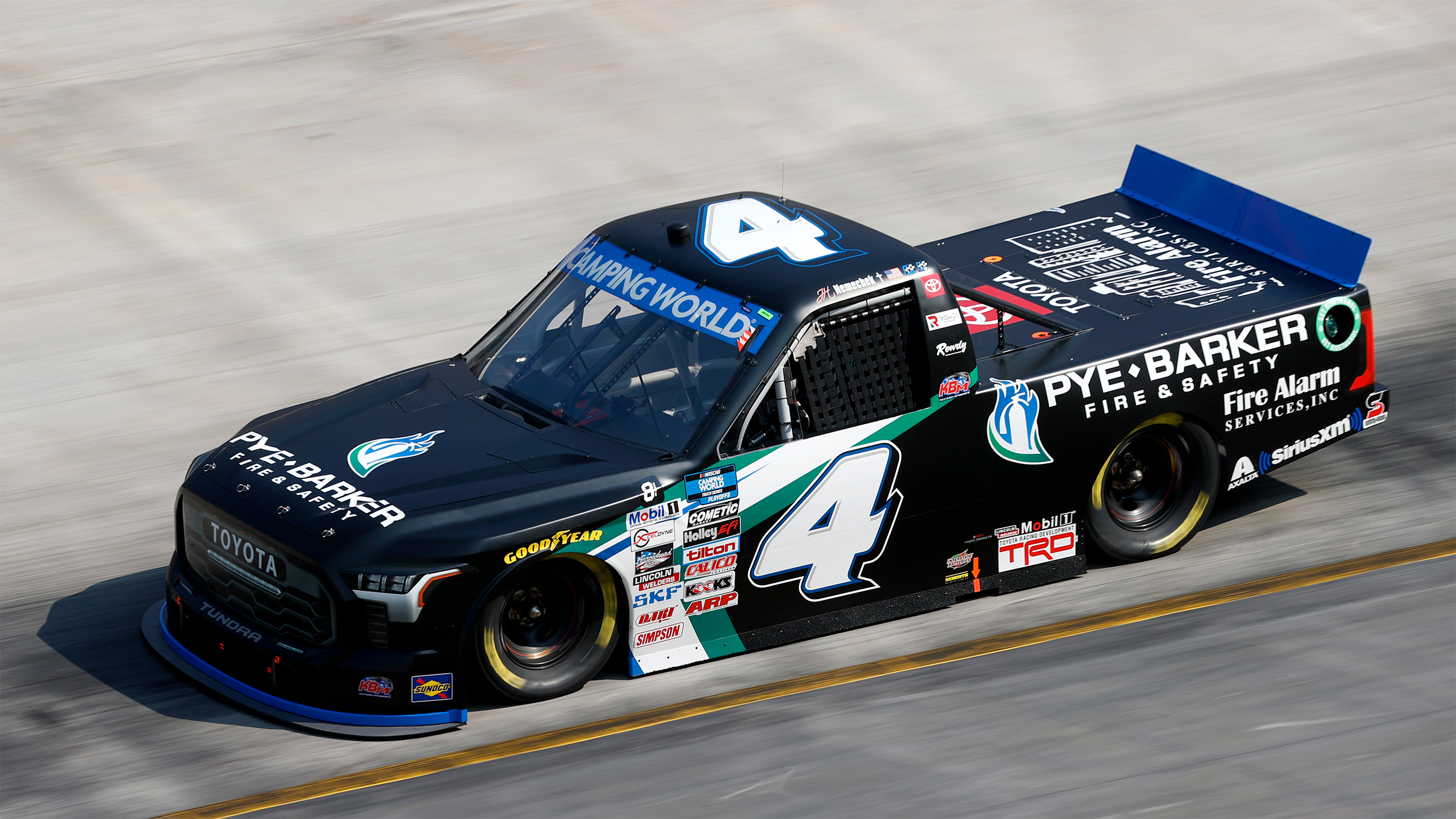 With just a few minutes remaining in Thursday afternoon’s practice session, John Hunter Nemechek suffered a flat right front tire, sending his Pye-Barker Fire & Safety Tundra into the outside wall. The damage was significant enough to force the No. 4 team to go to a backup truck and start the UNOH 200 from the rear.

Despite starting at the rear of the field, the second-generation driver battled his way back toward the front and found himself within the top 10 midway through the second stage. Between differing pit strategies throughout the field and starting to deal with a tight handling truck towards the end of the race, Nemechek took the checkered flag in 12th.

Can you talk about your race after having to go to a back-up truck?

“We had a fast truck in practice. We got behind by blowing a right front tire. All my guys scrambled hard and gave us a fast piece. Racing here sucked tonight, honestly. I don’t want to say that, but you couldn’t pass. It was super hard to pass. Heck, the 38 (Zane Smith) and I started in the back, almost went a lap down early on, running the bottom, couldn’t really make the bottom work. I thought the PJ1 was going to wear out tonight, and it didn’t. We were just one adjustment behind, I feel like, all night. You get that when you get behind from the start of the race.”

After the first race in the Round of 8, Nemechek finds himself just nine tallies below the cutoff line to advance to the Championship 4 at Phoenix (Ariz.) Raceway.

John Hunter Nemechek and the No. 4 Mobil 1 team will return to action on Oct. 1 when the Camping World Truck Series playoffs continue at Talladega (Ala.) Superspeedway. Live coverage of the Talladega 250 will be on FS1, Motor Racing Network, and SiriusXM at 12:30pm ET.