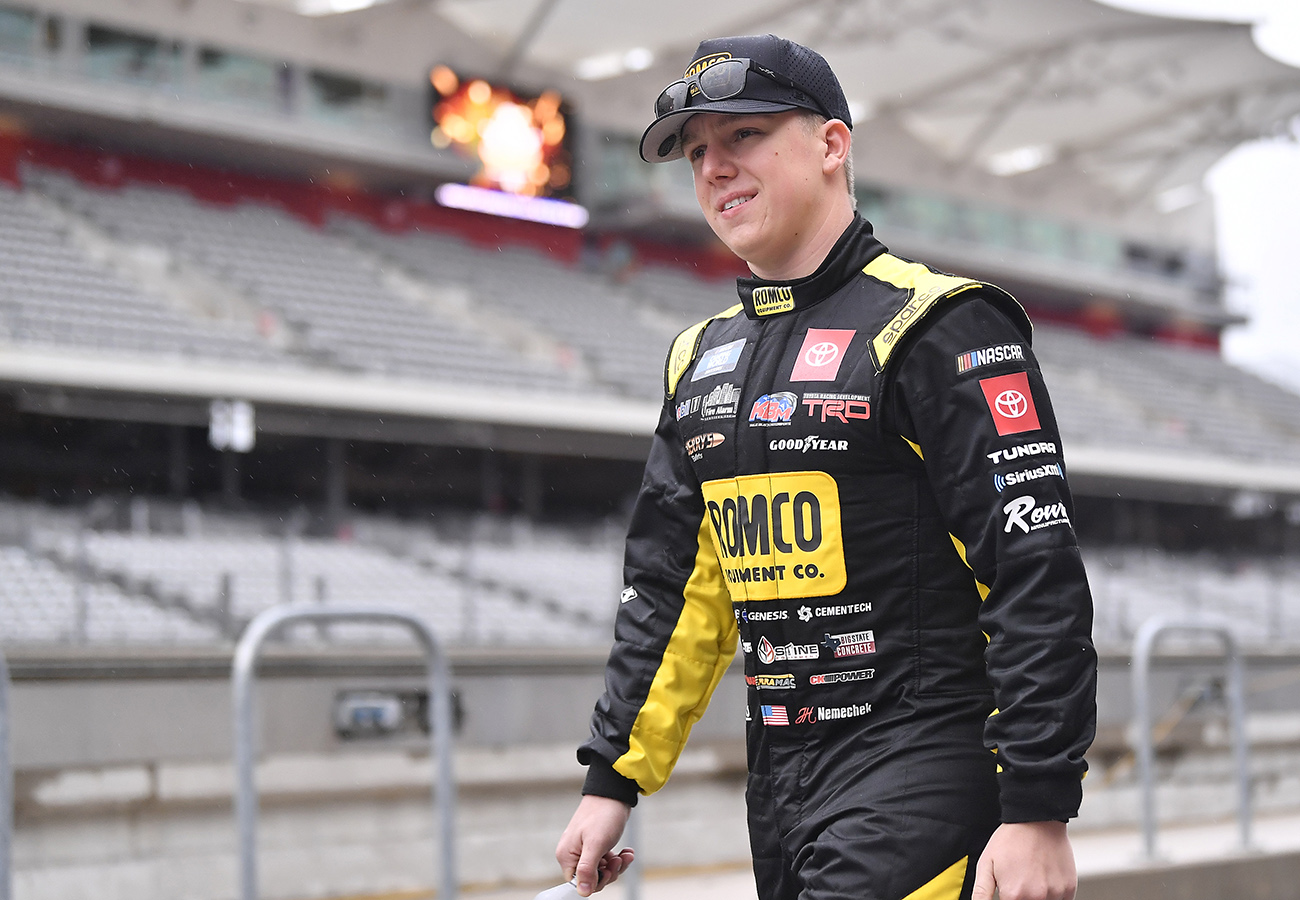 After everything that happened at Charlotte, what did it mean to get the win?

“Starting off the way we did at Charlotte by going P1 on the board to the next lap hitting the fence was not the way we wanted to start off the weekend. I guess we got it out of the way early. We were able to fix that truck and take it to victory lane. It meant a lot to myself and the team. We were in there working, trying to get it back together to not pull a backup truck out, and luckily it wasn’t as bad as we thought it was. We were able to get it going.”

How similar is Texas compared to Charlotte?

“I feel like it used to be similar before the repave. I feel like it’s definitely changed a lot now with the repave. The same aspect applies with the PJ1 being applied like Charlotte did. Hopefully it will make for some great racing and come in fast since we are the first ones on the track this weekend. There are a lot of unknowns going into the weekend. Texas has always been a good place for me. I hope to bring home another win on a mile-and-a-half.”

KBM-038: The No. 4 ROMCO team will unload KBM-038 Saturday at Texas. So far in 2021, KBM-038 has ran once at Kansas Speedway where Nemechek piloted the chassis to a fifth-place finish. Overall, “38 Special” has collected six wins across 21 career starts. Three with Christopher Bell and one each with Kyle Busch, William Byron and Noah Gragson.