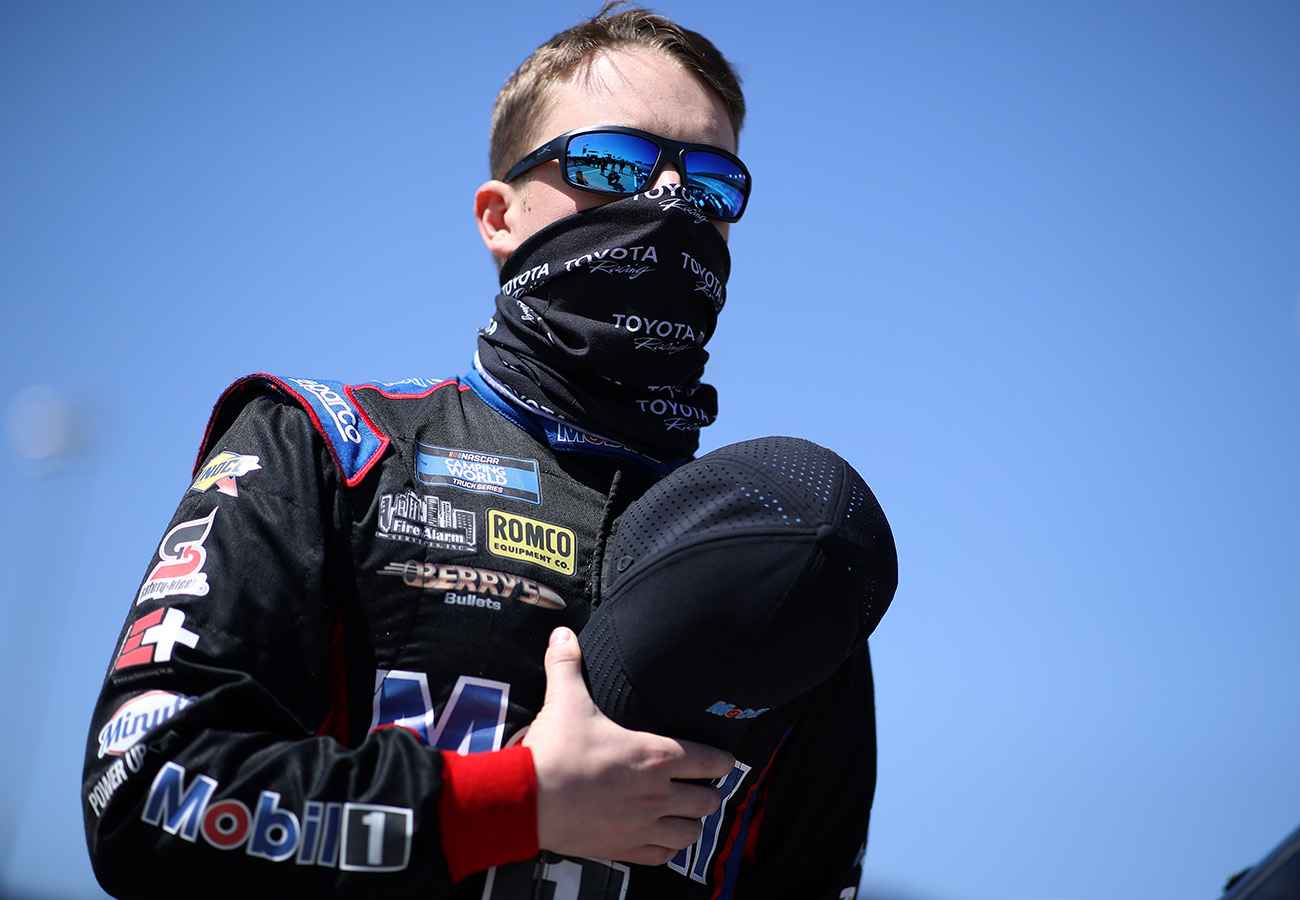 What is your take on racing on the dirt at Bristol?

“Racing trucks on dirt is fun. Luckily having some experience from racing on Eldora will transfer to racing at Bristol this weekend. They like to slide around. They feel kind of slow and sluggish, but it’s still a blast being able to throw slide jobs, run the bottom, and run the top to search around for grip. I feel like it is every driver’s dream to be able to go and run.”

What are the similarities and differences between racing at Eldora and racing at Bristol?

“I think racing at Eldora is that it is a purpose-built dirt track, so you normally get a cushion up against the wall and are able to move around a lot. From watching the dirt event last week and the World of Outlaws race, it is one of those things that didn’t really happen and move around a lot. It seemed like the track chunked out quite a bit. It seemed like there were some big holes in the racetrack. It turned black really fast. I’m not really sure how the trucks are going to drive on it this weekend or what the track conditions will be, but hopefully we are able to move around and it’s not all around the bottom.”

Is it a relief having a win and stage points heading into the weekend?

“I definitely think it is a relief having a win underneath our belt and winning stages. We’ve won a stage in every race so far this year, so hopefully we can do it this weekend on the dirt track at Bristol and keep the momentum rolling. Our attitude doesn’t change. We want to go and win practice, win our heat race, win all the stage, and the feature. Hopefully, we can do that. I am confident in our guys. KBM has won two races at Eldora on dirt. Hopefully, a lot of that information will transfer over and I can go get the job done.”

KBM-X134D: The No. 4 Mobil 1 team will unload KBM-X134D Saturday in Bristol. The chassis was obtained from Bragg Racing Group and has run four times with a best finish of fourth coming at Eldora Speedway in 2015 by Erik Jones.