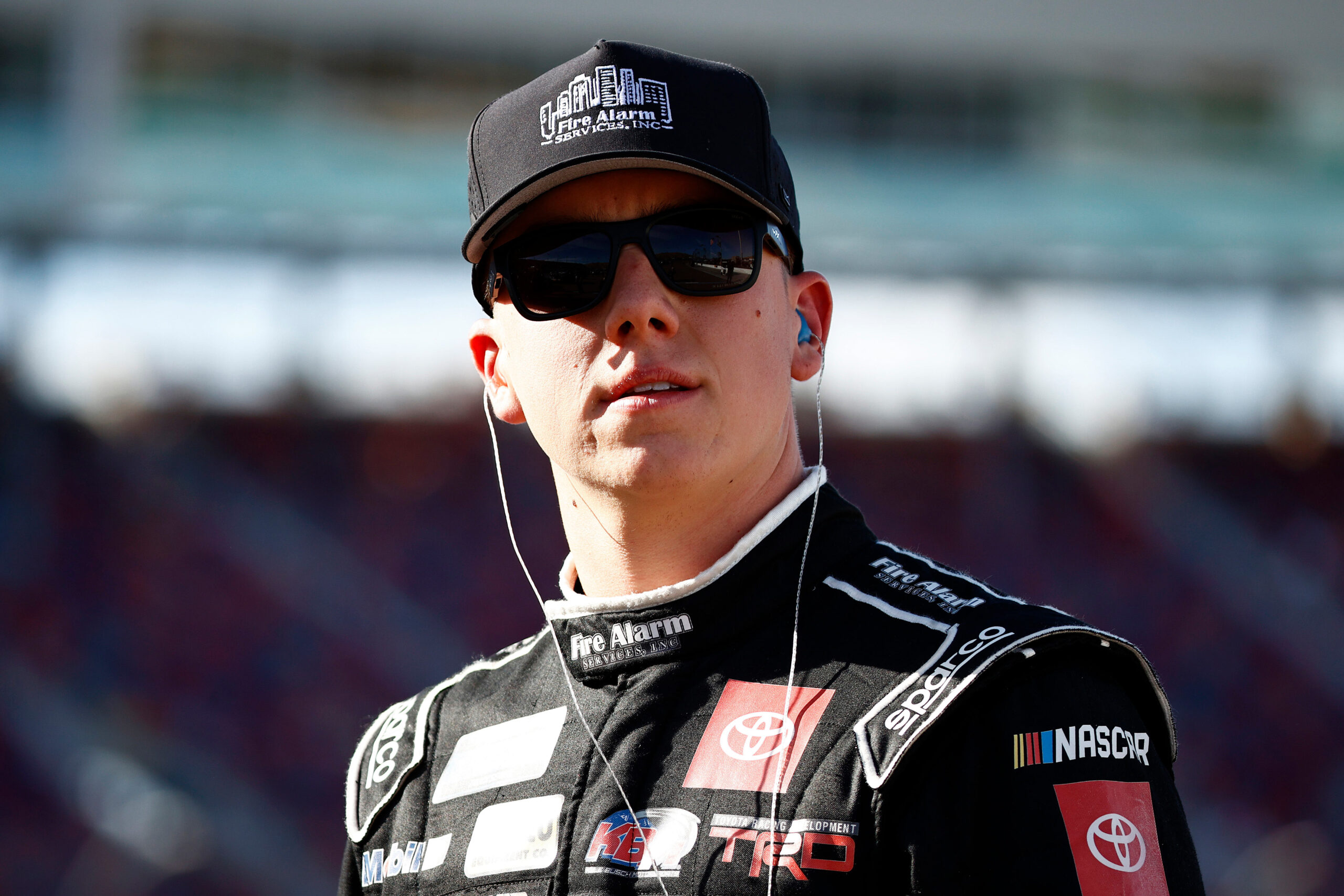 How important is it to get the 2022 started off strong?

“Super excited to get back to Daytona, starting off the season on the right foot is super important. We were able to have a great run last year. I feel like I’ve really enjoyed speedway racing. I feel like we’ve gotten our trucks better at superspeedway racing as of recent, had a shot to win Talladega and we’re taking that same truck to Daytona, so hopefully it has some speed. The new Tundra TRD Pro bodies are looking sharp for 2022 and hopefully they fly on the race track as well. Practice, qualifying and then race, it’s back to a normal schedule for Daytona. There are going to be a lot of things that are in effect going down there, but hopefully we can get the season kicked off on the right foot and start of the year with some good stage points and a really good finish. Just have to keep our nose clean, stay out of the big one — that’s really all it takes.”

After having a really good season last year do you feel pressure to have an even better one this year?

“I think that there is always pressure. You want to continue to better yourself not just on the race track, but in everyday life as well. When you come into a new season, you want to go and achieve the goals that you may not have the year prior even though it was a really good year. We learned a lot last year and we built a notebook. There are mistakes that we made, but it’s all in the process of learning and building that notebook so that you don’t make the same mistake twice. So that you can continue to grow and learn from it and have an even better season and that’s what we are here to do. We have the same group around me, Eric Phillips (crew chief), Adam (Ebel) our engineer, and Jimmy (Villeneuve) our car chief with a few mechanic changes on our team, but it seems like everything is continuing to go in the right direction and I feel comfortable with where I am at. TRD and Toyota do a lot for us, and I feel like we are able to utilize the resources that they give us to go and succeed on the race track.”

What does it take to be a good superspeedway racer in the Truck Series?

“To be a good superspeedway racer in the Truck Series, I think it takes a lot of patience — knowing who you are racing around, what experience levels they have and kind of knowing where the wreck is going to start. Obviously, that is kind of hard to predict, but as the race goes on you can kind of feel the energy and see what moves guys are making, seeing where it is kind of getting hectic, or in the bee’s nest as we call it. So, hopefully you can stay out of all the trouble and be there at the end. It really comes down to being able to be pushed, being able to push and being a good pusher for your teammates or whoever is around you and positioning yourself to be in a really good spot that you fell is comfortable. Being up front towards the end is huge. Normally, they come down to a short amount of run. Normally there is a green-white-checkered or something to finish it off. That’s a huge key of just positioning yourself in the right place.”

KBM-13: The No. 4 Pye-Barker Fire & Safety team will unload KBM-13 for Friday night’s race at Daytona. This is the same Toyota that Nemechek nearly won with at Talladega last October. He was leading on the final lap when he got spun by the second-place driver coming to the checkered flag and had to settle for a fourth-place finish. KBM owner-driver Kyle Busch captured his organization’s only victory at Daytona with this chassis in the 2014 event.