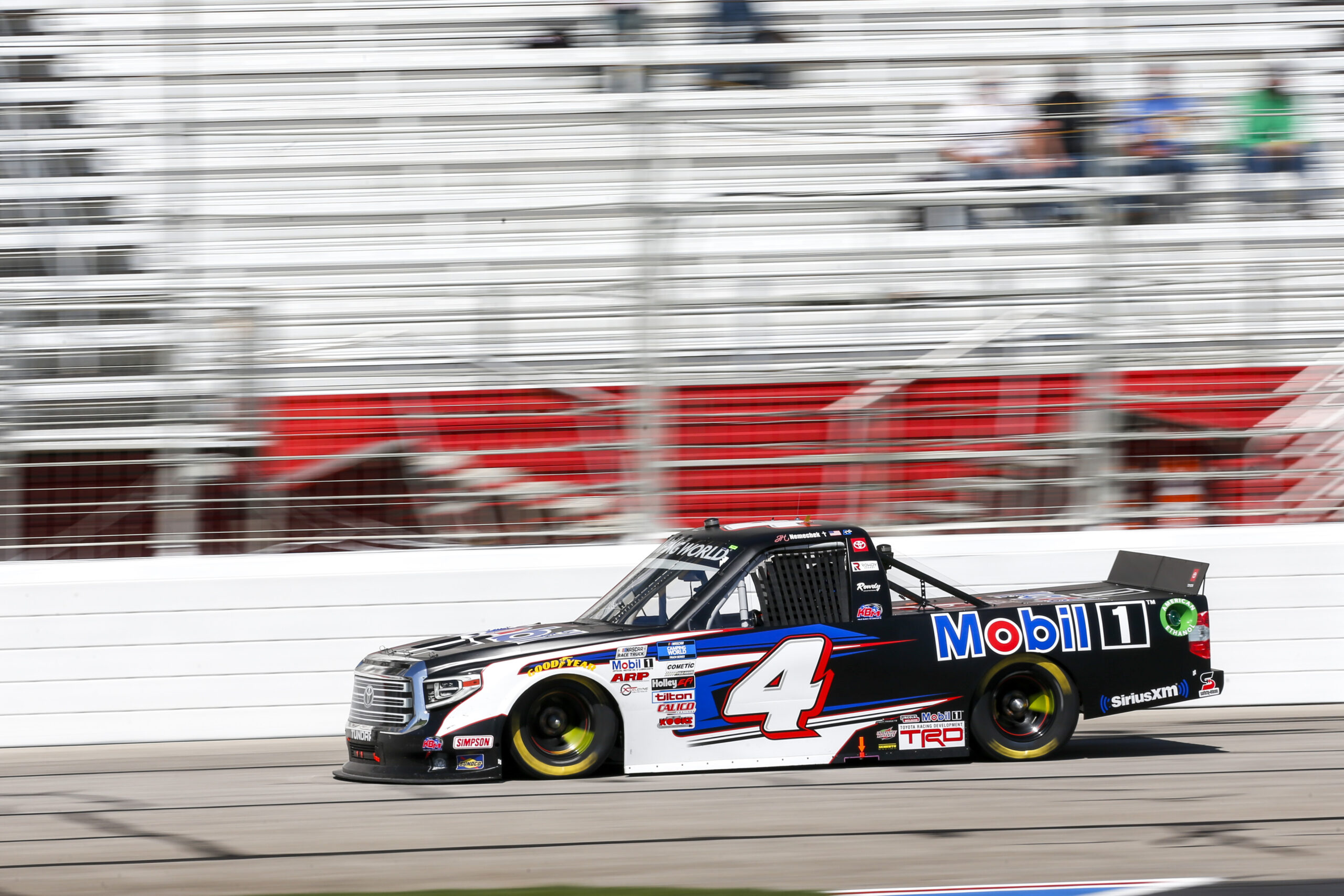 John Hunter Nemechek continued his momentum to start the 2021 NASCAR Camping World Truck Series season Saturday at Atlanta Motor Speedway with a third-place finish. Nemechek was able to score two playoff points by winning the opening two stages at Atlanta and extended his lead in the championship standings to 47 over Ben Rhodes.

Couldn’t quite out-do the boss today, but how was your run overall?

“I felt like we were strong in stage one and stage two. I felt like we could hang with Kyle (Busch), and then we got around in him in lap traffic at the end of the stages. Solid points day overall for our Mobil 1 Toyota Tundra. I can’t thank everyone at KBM (Kyle Busch Motorsports) enough and all of our partners for supporting this deal. Overall, I’m happy with the day, but I’m disappointed. I was hoping to beat Kyle today, but I didn’t have anything for him there at the end. I’ve got to go study some green-flag pit stop stuff and get better there. It’s always a work in progress. We will be back next week at Bristol dirt and hopefully go get us a win there.”

After four races, Nemechek and the No. 4 team extended their lead in the Camping World Trucks points standings to 47 point over Ben Rhodes.

Nemechek will be back behind the wheel of the No. 4 Mobil 1 Tundra when the NASCAR Camping World Truck Series resumes action on Saturday, March 27 at Bristol (Tenn.) Motor Speedway. Live coverage will be on FS1, Motor Racing Network and SiriusXM at 8 p.m. ET.