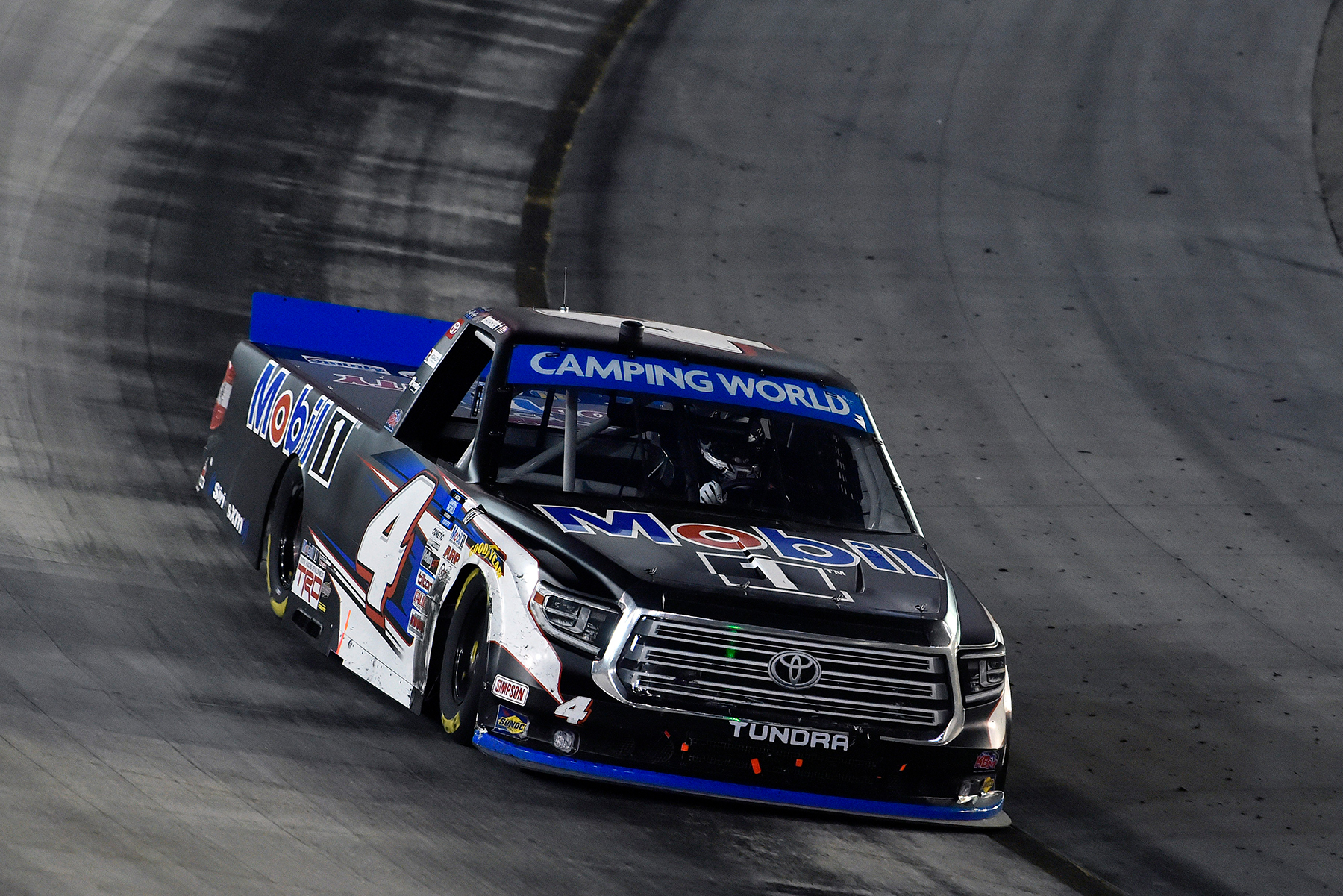 John Hunter Nemechek closed out the Round of 10 of the NASCAR Camping World Truck Series driver’s championship with a third-place finish at Bristol Motor Speedway.

Nemechek avoided an early race incident as his Mobil 1 Tundra got loose between Turns 3 and 4 in the opening stage of the UNOH 200. He was able to rebound and drive within the top-10 for the majority of the race.

After battling for the win in the Final Stage against Sheldon Creed and Kyle Busch Motorsports (KBM) Chandler Smith, Nemechek came up just short and took the checkered flag in the third position earning his 11th top-five finish of the season.

With the points reset, Nemechek will enter the Round of 8 next week at Las Vegas (Nev.) Motor Speedway at the top of the leaderboard and 44 points above the cutoff line for advancing to the Championship 4 in Phoenix.

Nemechek and the No. 4 Mobil 1 Tundra will head to Las Vegas (Nev.) Motor Speedway for the first race in the Round of 8 on Sept. 24. Nemechek will be looking for his second win at Las Vegas in 2021 and locking himself into the Championship 4. Live coverage will be on FS1, Motor Racing Network and SiriusXM at 9 p.m. ET.