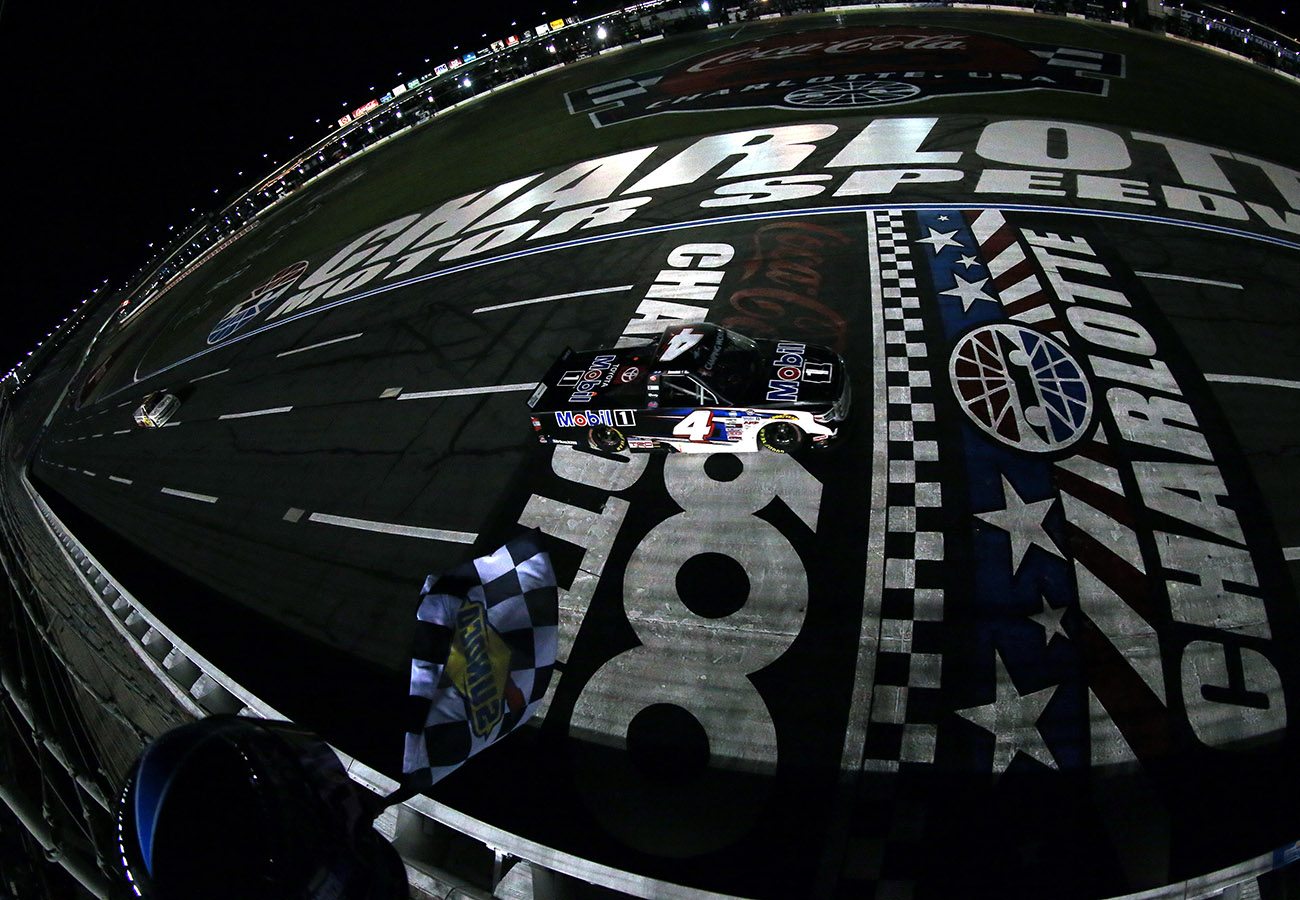 What does it mean to overcome the practice incident and make it to victory lane?

“I completed two laps and wrecked on lap three. Huge shoutout to all my guys – Eric Phillips (crew chief) and all our guys here and back at the shop. The pit crew pretty much won the race tonight I feel like on pit road. We were able to jump some guys there after the first stage. It was so hard to pass. It was amazing. Eric did a great job making adjustments all night and I was telling him what we needed. This was our baby truck, this one has won three races for me this year and sadly it’s going to have to get fixed with that crazy crash. Just huge shoutout to everyone that made this possible – Kyle (Busch, team owner), thank you for the opportunity. Jack (Irving, TRD), Tyler (Gibbs, TRD), David Wilson (president, TRD) and everyone at Toyota and TRD for all their help, Mobil 1 as well. My wife’s here so we’re going to celebrate. Sadly, baby is back home sleeping, but she will have a trophy in the morning.”

Did you notice any difference in the handling after sustaining the damage from the accident?

“That might be a speed secret, I don’t know.”

How important is it to recover with this win after the 12th-place run last weekend?

“We’re #Here4Wins and we’ve been using that hashtag since I announced I was coming to KBM (Kyle Busch Motorsports) last year and it’s a dominant team, dominant truck every single week. We’re going to have weeks where we’re off and we’ll struggle, but we’ll keep getting through it. I didn’t lose confidence in Eric (Phillips, crew chief) and he didn’t lose confidence in me. It’s just one bad race. You have to move on from it and look, we’re in victory lane here.”

After 10 races, Nemechek and the No. 4 team continue to lead Ben Rhodes in the point standings by 44 points.

The No. 4 team returns to the track when the NASCAR Camping World Truck Series resumes action on Saturday, June 12 at Texas Motor Speedway in Fort Worth. Live coverage will be on FS1, Motor Racing Network and SiriusXM at 1 p.m. ET.