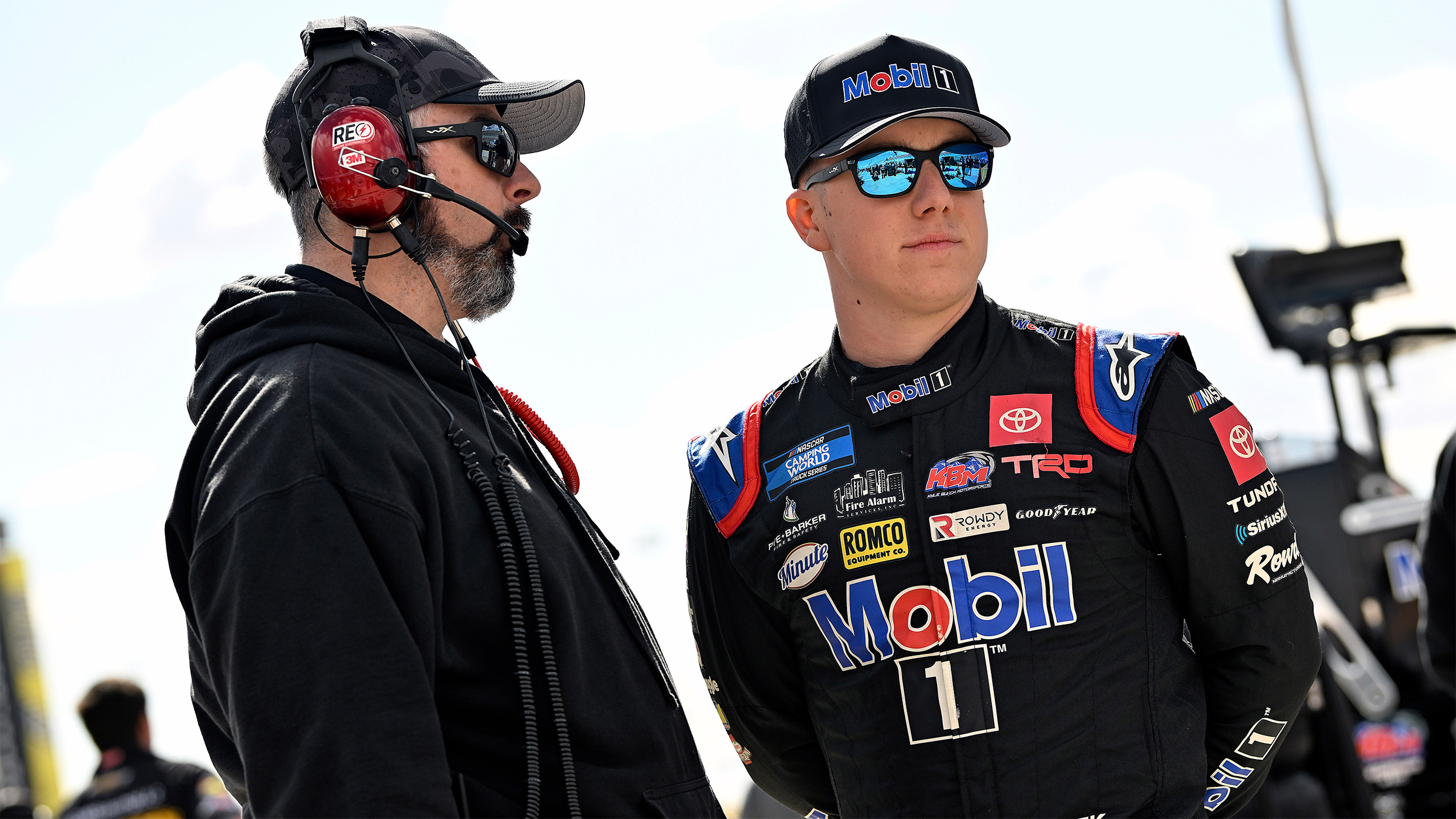 Do you enjoy racing in the Truck Series on dirt?

“Yeah, it’s something different. Definitely something to adapt to. The trucks are heavy and don’t quite drive like a normal dirt car when you go to race on dirt so you have to drive them a little bit different but it’s been a fun experience, I feel like I’ve run decent on the dirt stuff so far. We had a decent showing at Bristol last year, had speed, but ended up getting taken out. Soo, hopefully that doesn’t happen this year and hopefully we can run up front and be a contender.”

How do you approach the Bristol Dirt race?

“I think if it was a non-points race, you could say ‘whatever happens, happens’ but with it being a points race and part of the year I definitely think you have to take it serious. You have to go there and show up and do the best that you can, try to get as many stage points as possible, possibly play a little bit of strategy depending on tire wear and how the track changes. This year it’s going to be a night race rather than a day race so that’ll change some things. Just have to take it serious and go there and do the best we can every single week.”

You’ve been testing at Millbridge Speedway, is that more practice for the Truck Series dirt races or something that you wanted to do for fun?

“It’s something that I have wanted to do for some time, being able to go and drive a Midget and now in a Micro, so a little bit of both. I’ve tested both once so far and actually have a Micro race this week that I’m going to go run, but it’s something that I’ve been wanting to do for a long time. Christopher Bell and I have talked quite a bit about it, and (Kyle) Larson as well. They have been pushing me to get in one at some point and thankful for Toyota and TRD to let me hop behind the wheel of theirs and go enjoy some laps and hopefully that’ll get me better prepped for the dirt weekend this race at Bristol.”