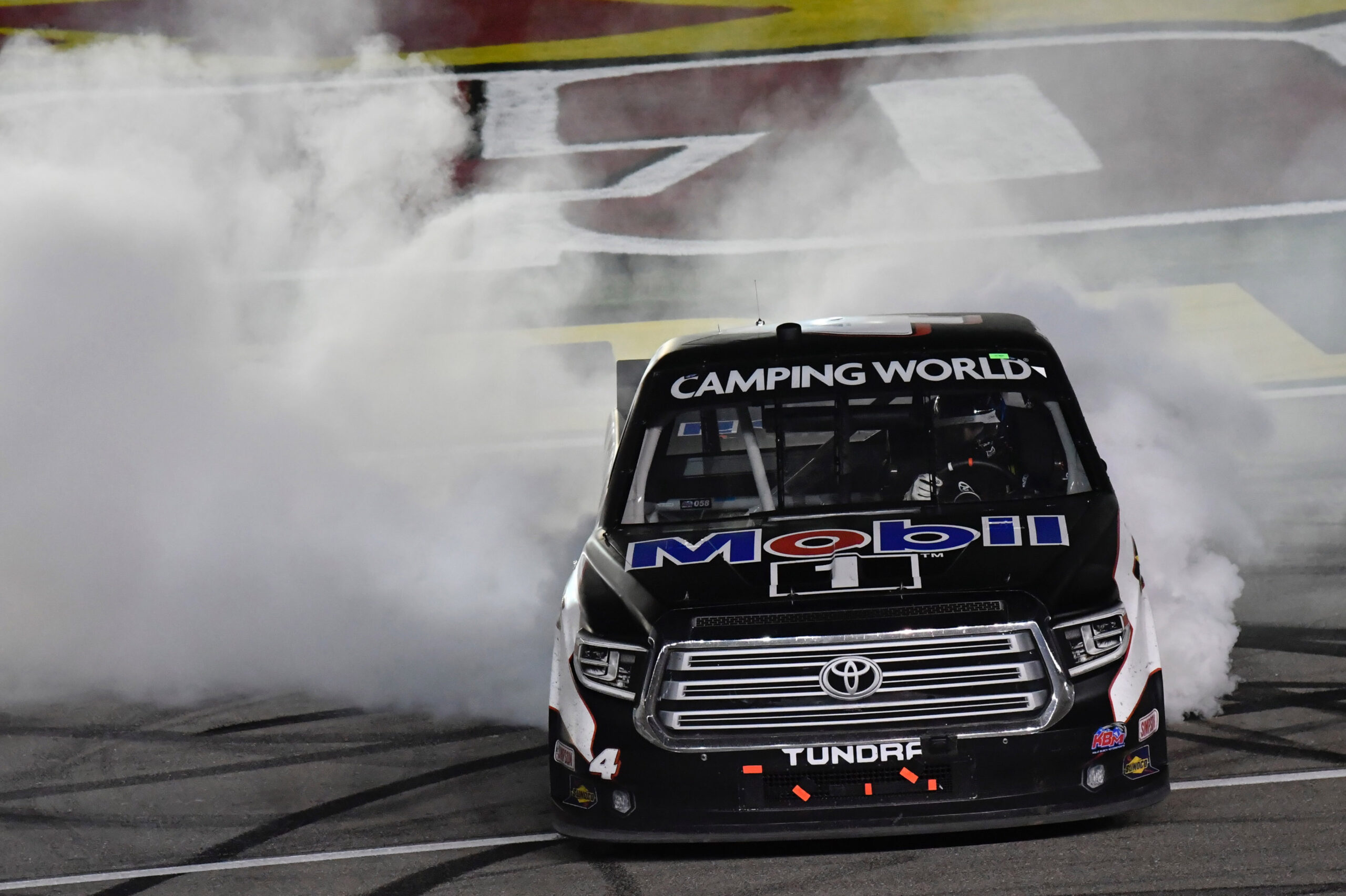 John Hunter Nemechek was able to hold off KBM team owner Kyle Busch over the final seven laps of the Bucked Up 200 at Las Vegas Motor Speedway to score his first victory of 2021 and the seventh of his Camping World Truck Series career.

You won the race and beat the boss. How was that finish for you?

“I just can’t thank everyone at Toyota, Jack Irving (TRD), Kyle Busch, Uncle Eric (Phillips, crew chief) for this opportunity. It means a lot to me. Mobil 1 on board, coming back to the Truck Series, that was the plan, that was the goal. We came into this year with the hashtag here for wins and we are here for wins. I definitely think experience paid off tonight. We did an amazing job. I can’t thank Fire Alarm Services, ROMCO, all of our partners for all of their help. Thank you fans for being here. It’s awesome to have you guys back. I can’t wait to go celebrate.”

Once you were clear, what were you thinking?

“He was faster than me in stage two, so I really didn’t know. It was all about using our truck to the best we could possibly do, wrapping the bottom and taking the dirty air away. He had to run up and it created more lap time for him. Overall, it was an awesome victory. I wish my wife Taylor was here. Thank you for all of the support, my family, everyone involved. She had to stay home because we are about to be on baby watch. It’s awesome.”

How crazy were the restarts during the race?

“They definitely were. Overall, it was an amazing day. Our restarts were on point all day. Just a lot of fun and that’s all we can ask for. We’re here to have fun, we’re here for wins and we’re doing it.”

After three races, Nemechek and the No. 4 team lead the Camping World Trucks points standings by one point over Ben Rhodes.

Nemechek will be back behind the wheel of the No. 4 Mobil 1 Tundra when the NASCAR Camping World Truck Series resumes action on Saturday, March 20 at Atlanta (Ga.) Motor Speedway. Live coverage will be on FS1, Motor Racing Network and SiriusXM at 2:30 p.m. ET.