People often refer to December and January as NASCAR’s “off season.” We do get time off in December for the holidays, but once the new year begins so do the preparations for the upcoming racing season.

Although the Kyle Busch Motorsports (KBM) truck teams aren’t traveling to the races, there is a lot of work going on at the shop on weekends to make sure our teams, drivers and sponsors look their best under the lights at Daytona International Speedway on Feb. 19, and throughout the season.

The process of creating artwork starts back in the fall getting designs approved by sponsors and NASCAR for 2016 paint schemes for all three of our Toyota Tundras. We also have artwork created for the transporters, pit boxes, tool boxes and uniforms worn by the pit crews and drivers. Getting from a design on paper to decals on the trucks is a process with many revisions before the final design is approved. 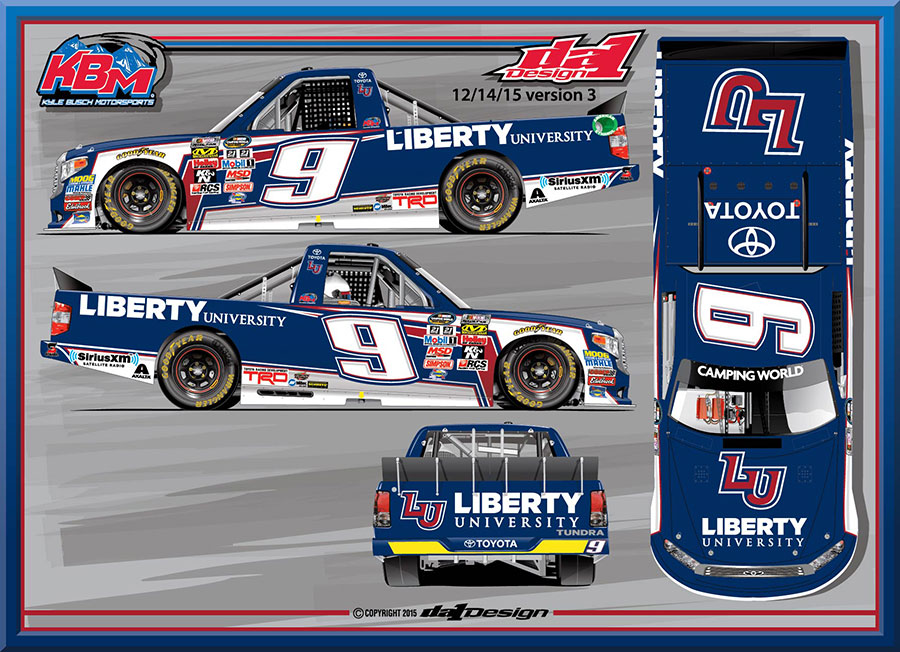 Once the crew roster is set the crew shirts and firesuits are ordered to ensure delivery before Daytona. The driver firesuits, shoes, gloves and helmets need to arrive by mid-January for photo shoots to update websites, track programs and hero cards. This year we actually did the KBM photo shoot with Christopher Bell, William Byron, Cody Coughlin and Daniel Suarez late on a Thursday night to beat a winter storm headed for Mooresville on Friday morning, when we were supposed to have the photo shoot. 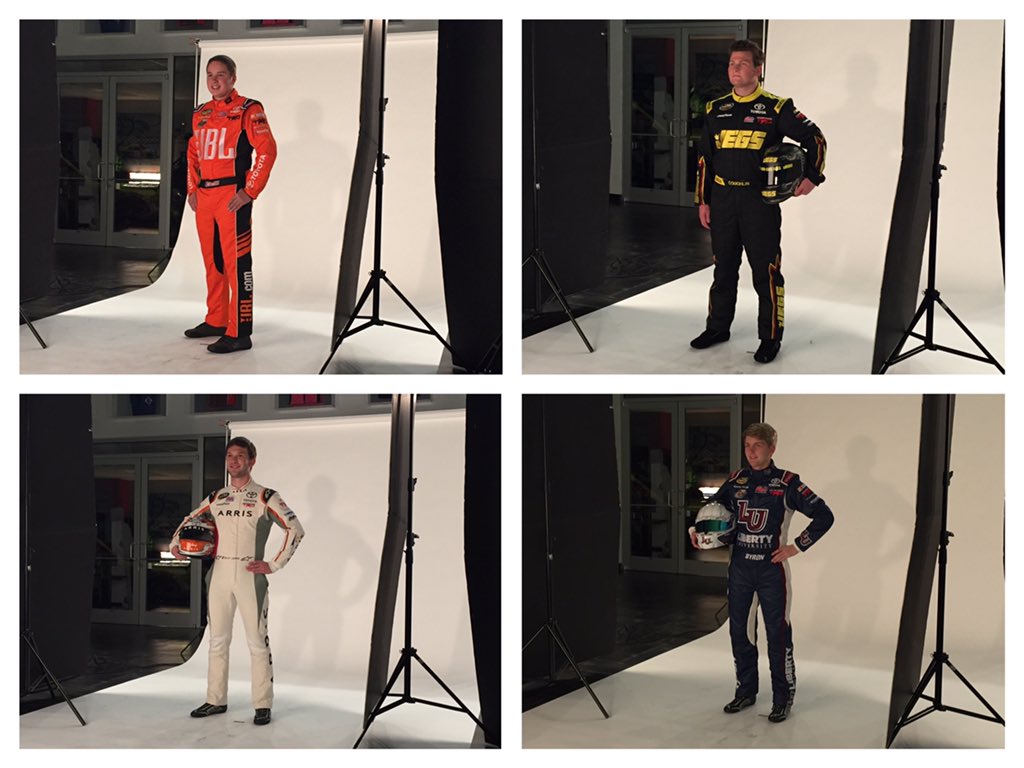 Throughout the month of January all three 53-foot transporters are decaled. We bring them inside the shop so they are dry and warm since decals do not stick very well in the cold (and the installers don’t enjoy working in the cold either!) Depending on the complexity of the design, this process typically takes about two to three days for each transporter. We want them to look perfect since they are a rolling billboard for our teams and sponsors covering thousands of miles each season. 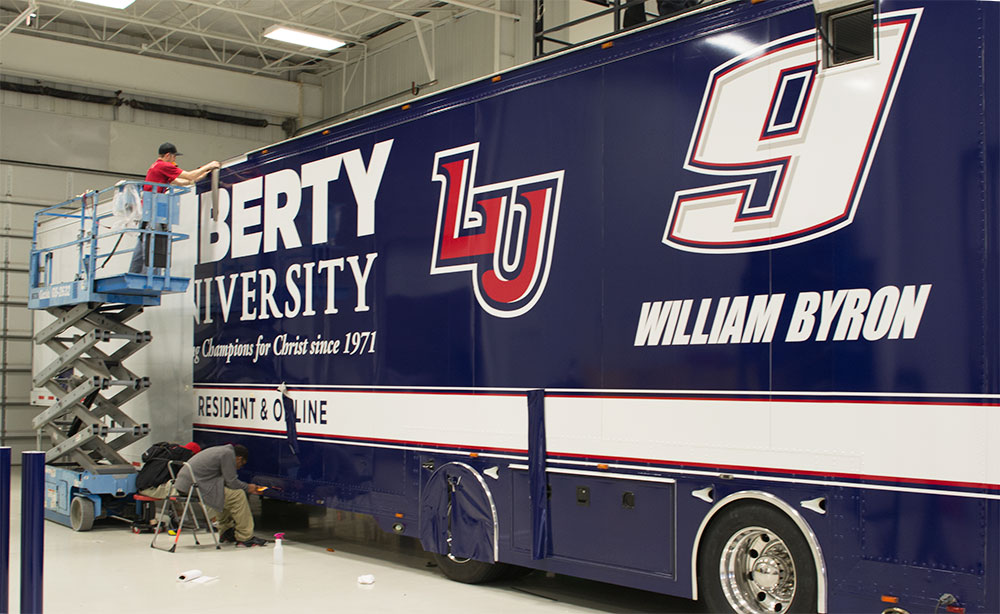 Speaking of the transporters, the hauler drivers Bubba, Woody and Dan spend countless hours working on their haulers to make any repairs needed and restock them with all of the parts necessary to rebuild one of our Tundras at the track if needed (hopefully not). The haulers not only carry two Tundras (a primary and a backup) to each race, but they also have a spare engine, a spare nose and bumper which can be replaced after an accident, nuts, bolts, sheet metal, decals and of course food! 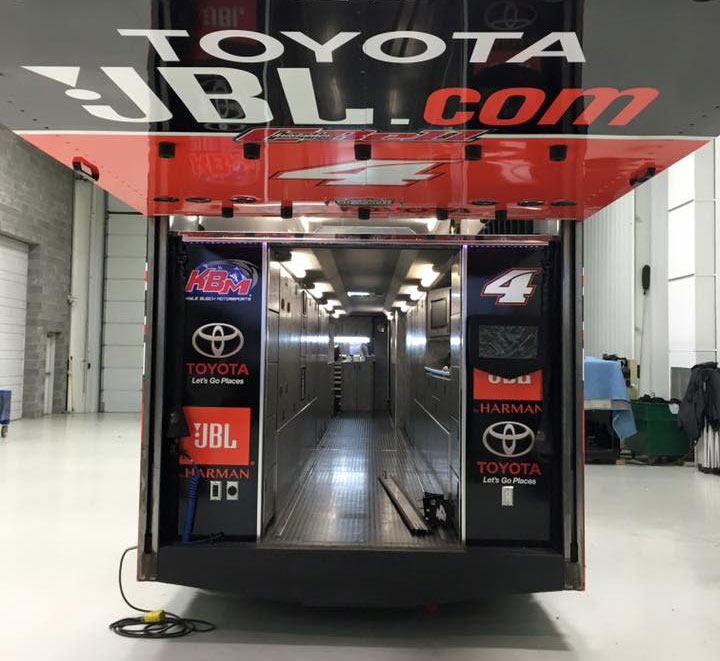 Before the haulers roll south for Daytona, the drivers hit the grocery store with an extensive shopping list. If you think your family eats a lot, try shopping for a group of about 20 people per team. In addition to getting the haulers safely to and from every track, the hauler drivers are also part-time chefs. Depending on the schedule at the track they may prepare breakfast, lunch, dinner and snacks for the crew throughout the day. They also keep staples on the hauler like fruit, yogurt, peanut butter, jelly and of course some M&M’s to keep our owner (Kyle Busch) happy. On average one team spends about $450 on groceries for three days in Daytona. That’s over $1300 to keep three teams fed at the track!

Of course, all of that does not even begin to cover the hours spent preparing the KBM Tundras for the first two races of the season, Daytona and Atlanta, since they are one week apart. The Daytona trucks are only raced twice a year at the restrictor-plate races, Daytona and Talladega. The Atlanta trucks are being prepared at the same time so they will be ready to go when we return from Daytona. All three teams also utilized a rookie test with Christopher, William and Cody at Atlanta Motor Speedway on Feb. 4-5 to help dial-in their Atlanta trucks. 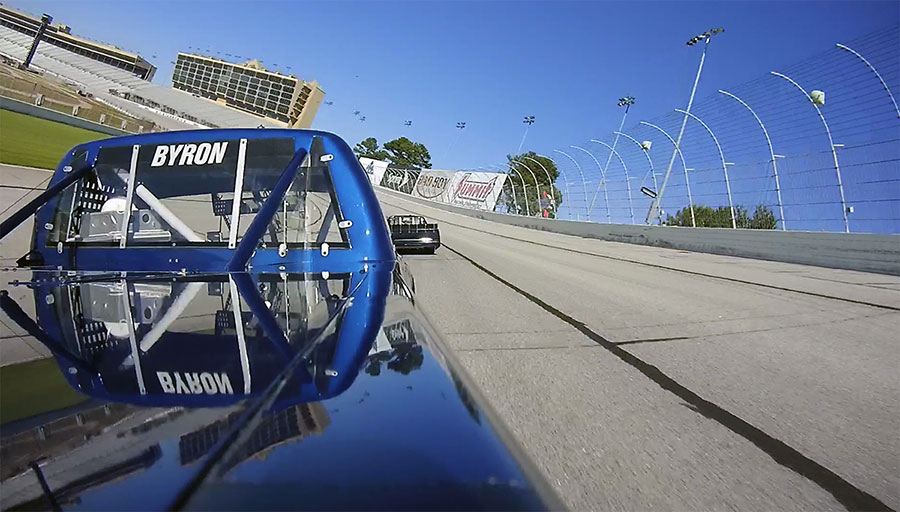 Getting the KBM teams ready for a new racing season takes months of planning, organization and teamwork, but it is all worth it to celebrate in Victory Lane or hopefully sit at the head table at the NASCAR Camping World Truck Series banquet again.