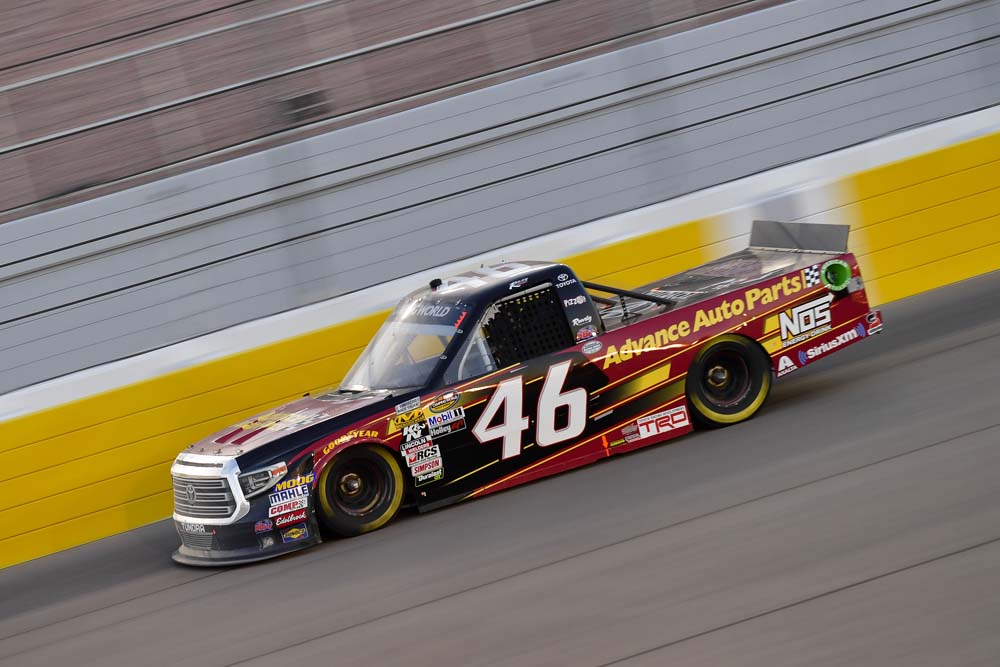 Making just his third career NASCAR Camping World Truck Series start, and his first on a mile-and-a-half track, Riley Herbst put together a solid start to the weekend at Las Vegas Motor Speedway – his hometown track. The 19-year-old driver posted the 10th fastest time in Friday’s opening practice at the 1.5-mile tri-oval, before recording the fastest lap in the final session.

He continued to show that the Advance Auto Parts Tundra possessed the speed to have a solid run when he qualified fifth for the 134-lap race. Once the event began, the talented youngster fell back to the middle of the pack as he was poised to log laps and learn the aerodynamics of racing on an intermediate track in the Truck Series. 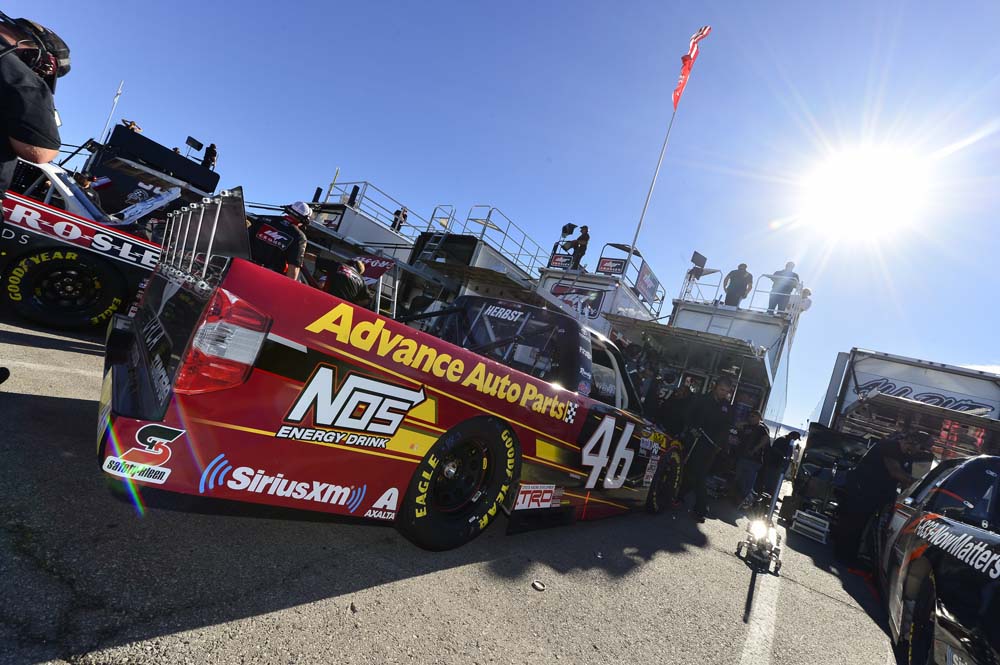 After finishing Stage One in the 17th spot, Herbst was running 15th with six laps to go in Stage Two when his truck pushed off the exit of Turn 4 and brushed the outside wall. He was able to continue on, but a tire rub developed quickly and moments later he blew a tire and once again hit the wall, this time pancaking the right side of his Tundra. He was unable to continue in the race and ended a promising weekend with a 29th-place finish. 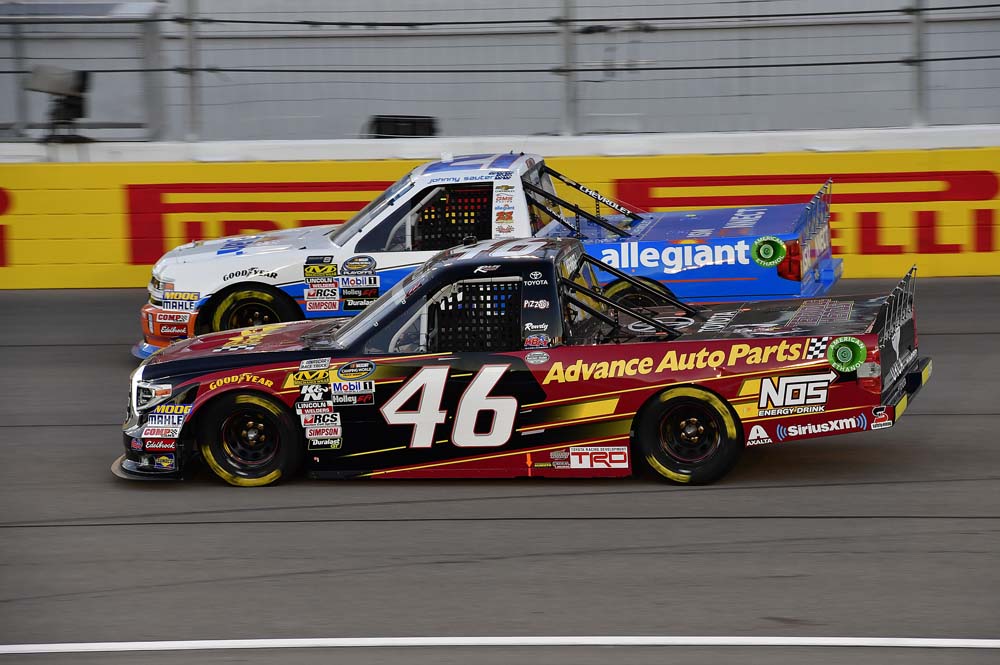 The No. 46 team’s next race will be with Christian Eckes at Martinsville (Va.) Speedway Oct. 27. Live coverage of the Texas Roadhouse 200 begins Saturday at 1 p.m. on FS1.