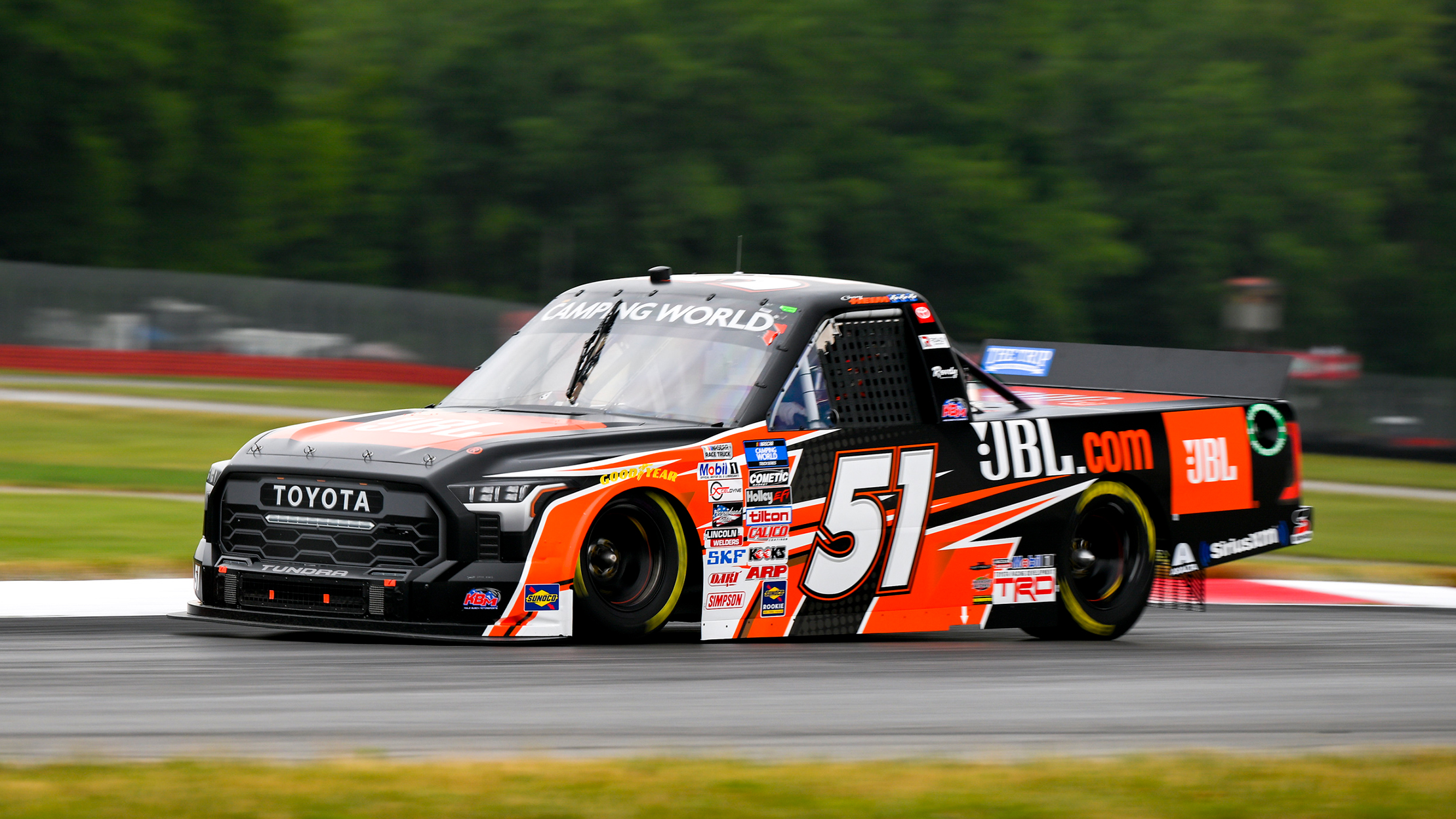 Heim led the first three laps of the O’Reilly Auto Parts 150 before eventually settling into third during the opening stage. The talented wheelman never wavered outside of the top-five throughout the first two stages and earned 15 stage points for the No. 51 team by finishing the opening two stages in fourth and third, respectively.

The Georgia-native continued his impressive run into the final stage and was competing for the lead with just eight laps to go before his No. 51 JBL Tundra lost power and came to an eventual stop on the 2.258-mile road course. Heim communicated that it was a transmission issue that would end their day with seven laps remaining and relegate them to a 26th-place finish.

The No. 51 team fell back one spot to ninth in the Owner’s Championship standings following Mid-Ohio. They now sit 122 points behind the No. 38 Front Row Motorsports team in first.

Corey Heim and the No. 51 team will have a week to regroup before heading to Pocono (Pa.) Raceway on July 23. Live coverage of the CRC Brakleen 150 will be on FS1, Motor Racing Network, and SiriusXM at 12 p.m. ET.