Heim Gets Caught in “The Big One” at Talladega, Finishes 26th 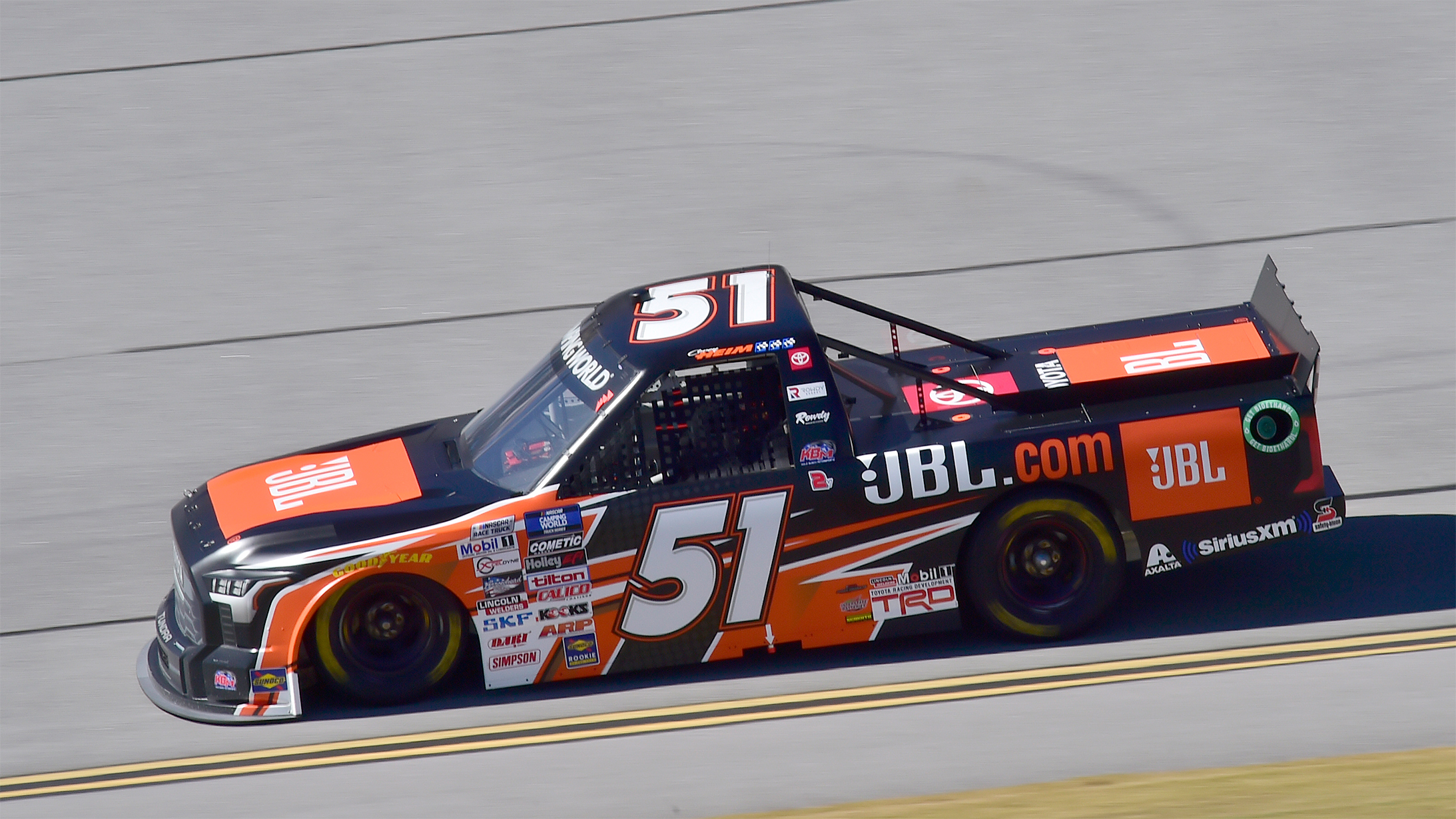 Corey Heim made his first Camping World Truck Series start at Talladega Superspeedway in Saturday’s 250-mile event. After qualifying in 12th, the 20-year-old driver tallied six stage points for the No. 51 team after finishing eighth in each of the first two stages.

Heim had made his way into the top-10 and was scored in seventh as they lined up for NASCAR overtime at the 2.66-mile track. After restarting on the inside of the fourth row, Heim surged on the outside lane and was about to make a move for the lead as the field entered the tri-oval on the final lap but was turned from behind and into the outside wall before his JBL Tundra came to a rest just short of the finish line. He was unable to continue and was scored the first car one lap down in 26th.

The No. 51 team finds themselves in a must-win situation at Homestead-Miami Speedway as they currently sit 56 points below the cutoff line to advance to the Championship 4 in the Owner’s Playoffs.

Corey Heim and the No. 51 Crescent Tools team head to Homestead-Miami Speedway on October 22nd for the cutoff race in the Round of 8 of the Owner’s Playoffs. Live coverage of the Baptist Health 200 will be on FS1, Motor Racing Network, and SiriusXM at 12pm ET.