Harrison Burton Returns to KBM in 2018 with Expanded Schedule 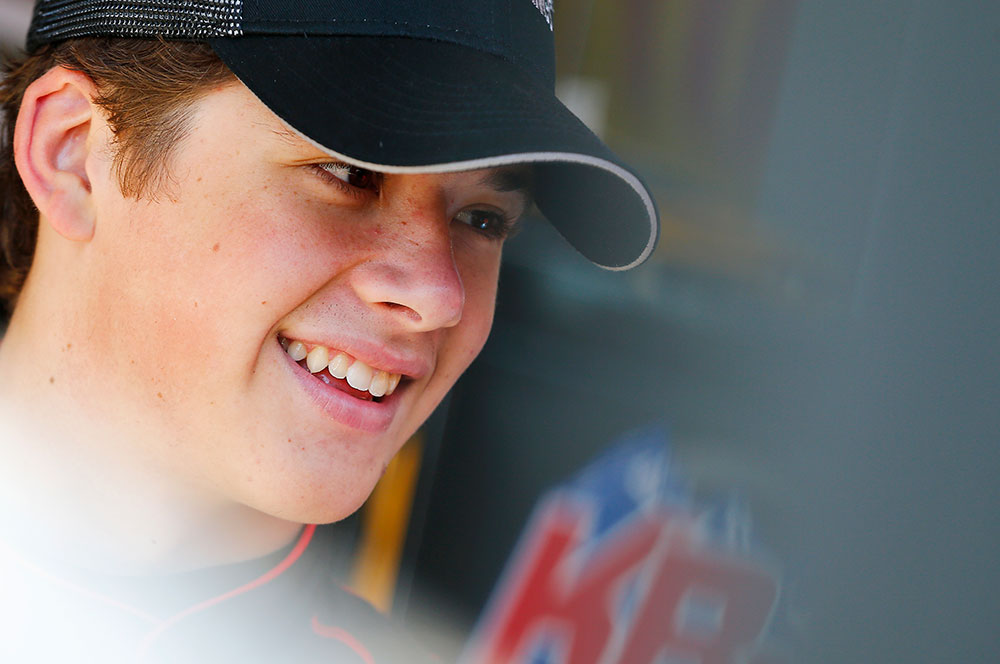 Burton, the son of former NASCAR driver Jeff Burton, made his Truck Series debut with KBM at Martinsville in October of 2016 and enters 2018 with seven NCWTS starts under his belt. In six NCWTS starts in 2017, he recorded an average finish of 12.3 and earned a career-best fourth-place finish at Martinsville last October in his final start of the season.

Last year was a breakout year for the second-generation driver as he gained valuable experience while competing in a variety of series. He captured the 2017 NASCAR K&N Pro Series East championship after registering a series-high five wins, two poles, 142 laps led, 12 top-five and 14 top-10 finishes and an average finish of 3.3 across the series’ 14 events. Burton also visited victory lane in his lone ARCA Racing Series start at Toledo (Ohio) Speedway.

“Harrison made great strides as a driver in 2017 and we look forward to being a part of his continued development by expanding his schedule at KBM in 2018,” Kyle Busch said. “He proved capable of winning races in a variety of series last year and with each Truck Series start you could see his confidence grow and his performance improve. We’re confident that his first Truck Series win is just around the corner.”

“Returning to KBM and knowing that they had the confidence in me to add races to my schedule for this year is a huge honor,” Burton said. “KBM has a developed a culture of winning races and I’m confident that everything I learned throughout my six-race schedule last year has helped me be prepared to carry on the winning tradition this year.”

The NASCAR Next product’s nine-race NCWTS schedule in 2018 will include both races at Martinsville (Va.) Speedway as well as Dover (Del.) International Speedway, Iowa Speedway in Newton, Bristol (Tenn.) Motor Speedway, Canadian Tire Motorsport Park in Bowmanville, Ont., the November race at Texas Motor Speedway in Fort Worth, Phoenix (Ariz.) Raceway and the season finale at Homestead-Miami (Fla.) Speedway.

Announcements on Burton’s sponsors and crew chief are forthcoming.