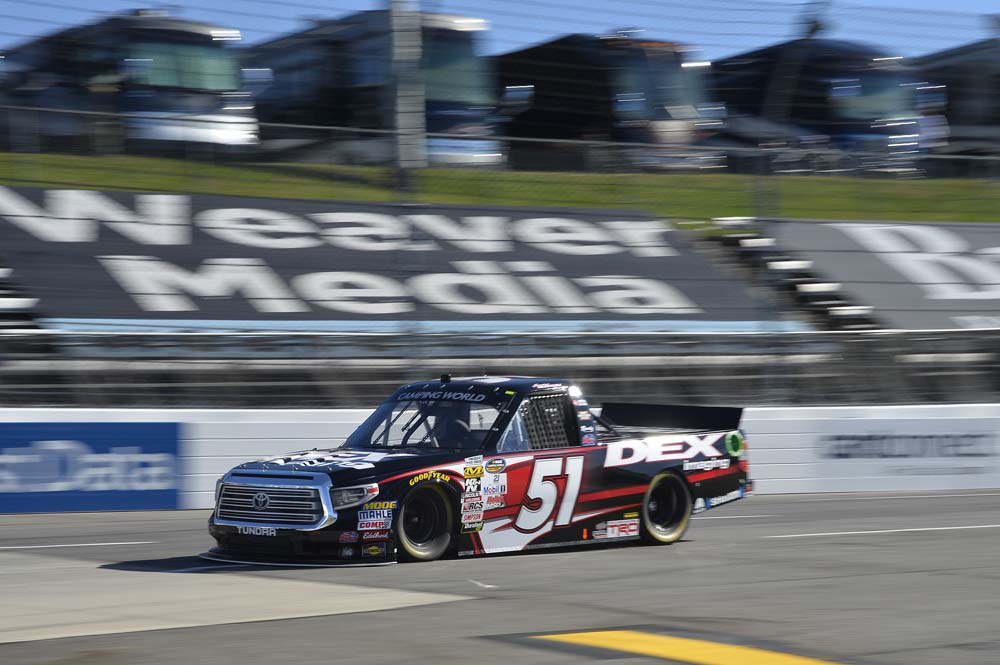 Are you looking forward to getting back in a truck this weekend?

What is the most challenging part of running well at Martinsville?

“I think Martinsville is tricky because there are so many different aspects you have to think of at once. You have to worry about the guys in front of you and the guys behind you, hitting your marks exactly right and you have to be really exact with where you place your race car or else someone will take advantage of that and bump you out of the way and you will lose a few spots. Keeping focus is the biggest thing there and keeping your temper down is another big thing.”

This will be your fourth truck start at Martinsville. What are your expectations for this race?

“My expectations are to go there and win. That is the goal every time I get into a race car or truck, to go out there and win. I feel like I’ve had good runs there in the past, but haven’t had quite the results to show for it. We ended the season there with a fourth-place finish last year, so I’m excited to go see what I can do.”

KBM-034: The No. 51 DEX Imaging team will race KBM-034, for Saturday’s Alpha Energy Solutions 250 at Martinsville Speedway. Burton raced this truck last fall at Martinsville where he earned his best NCWTS finish of fourth. Kyle Busch won with this Tundra at Martinsville at the spring race in 2016.