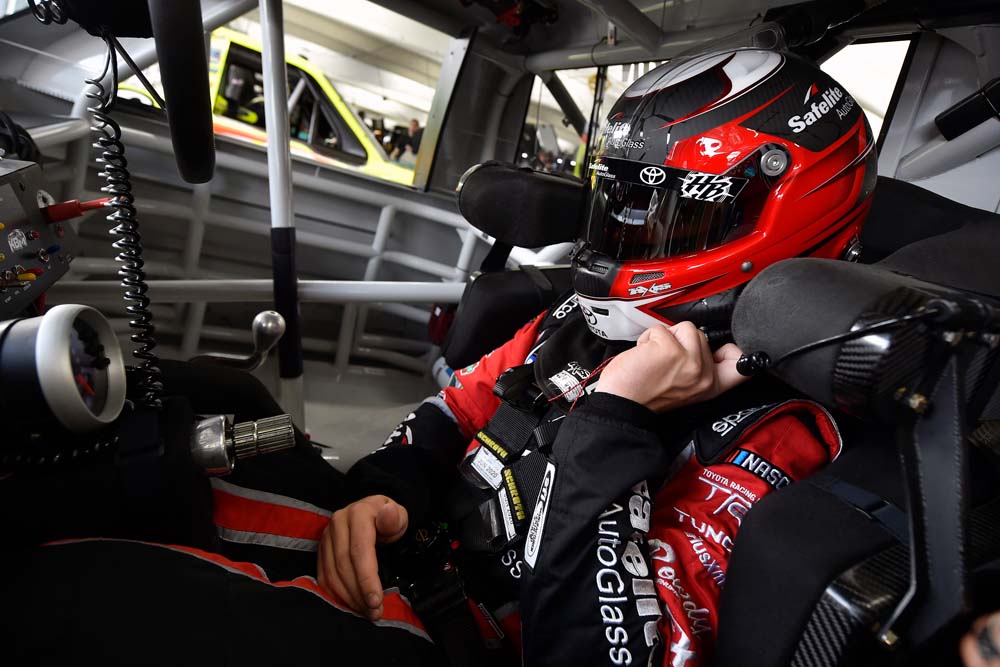 Will having races the next four weeks be beneficial to you?

“For sure — especially as a rookie to get in a rhythm a little bit better. I think the more and more we go in the season the stronger that my team will get and the stronger that I’ll get as a driver. So, I’m excited to work my way towards that. I’ve got really strong race tracks for myself coming up. I’ve ran well at Texas in the past, almost won Iowa — I’ve never ran Gateway in a truck, but in an ARCA car I ran well there. So, hopefully we’ll put the Safelite AutoGlass Toyota Tundra where it belongs for this next little stretch, and hopefully get a little extra cash — 50k.”

How do you feel about the opportunity to win some extra money with the Triple Truck Challenge?

“It’s a really cool opportunity to go out and have a chance to race for such a high amount of money. That’s probably the last thing that’s on my mind right now going into that race, but I’m more interested in the points and the championship qualifications that are on the line for winning a race. The $50,000 or hopefully more than $50,000 that is on the line the next three races for us is kind of an afterthought – a really welcome and awesome afterthought that me and my team will enjoy that if we can get it done.”

“The first thing I would do is give an even share of it to my guys. An 18-year-old with $50,000 is probably a bad idea. So, I think sharing it with my team is a little bit smarter and they’ll like me a little bit more for it. I’ll do that with it first and then whatever is left of it — I’m not very good at math on the spot — I’ll probably just put it in the old bank account and save it for later and wait for the next race and try to get some more.”

KBM-59: The Safelite AutoGlass team will unload KBM-59 for Friday’s SpeedyCash.com 400 at Texas Motor Speedway in Fort Worth. The Tundra qualified third and finished 10th in its debut race at Kansas Speedway in Kansas City last month.