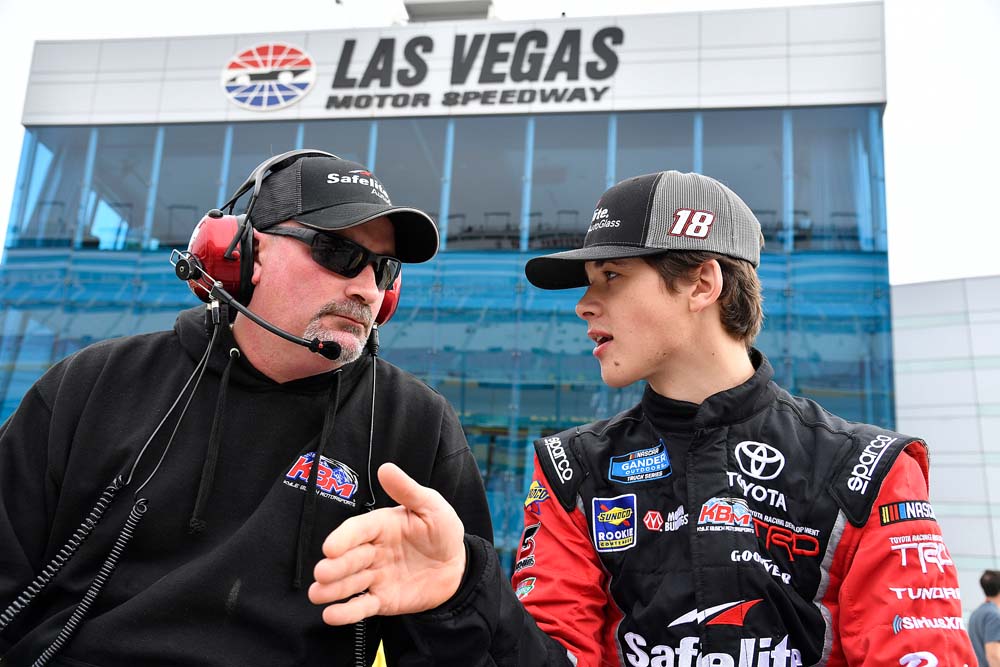 Does it feel kind of crazy that this will be your 19th career Truck Series start overall, but it’ll be your sixth at Martinsville?

“It’s weird, but it’s really cool to be making my sixth start at Martinsville. It makes me feel like a veteran when I roll into the racetrack – I have some confidence, I’ve been there before. There is a lot of tracks on the circuit that I’m learning on the fly and kind of getting there and some things surprise you and some things don’t, but at Martinsville I kind of know what I’m getting into and have a good idea and a good baseline of what to build off to make a successful weekend there.”

With your family roots being in Virginia, what would it mean to get your first Truck Series win at Martinsville?

“It would be so cool to win in Martinsville. There is so much tradition there — not only for NASCAR as a whole, but for my family. My dad has won there and my uncle (Ward Burton) has won there and my cousin Jeb (Burton) has raced there. Not only that, my whole family normally comes out. It’s kind of like a home race for me – it’s near our hometown of South Boston, Va. I’ll see my grandparents – which is something I can’t do very often, and my uncles and my aunts and all of that. Because I’m so busy, we don’t get a lot of family time on the road like that. So, it’s really cool when we can kill two birds with one stone and see family members at the racetrack.

Do you feel like your first Truck Series win is just around the corner?

“I do — I have a lot of confidence in myself and my time. We’ve been kind of building towards a win. We ran better than we finished at Atlanta – had a chance to win that race, really. If you look at Vegas, we didn’t have our best night but we still clawed out a really good finish and good points. That’s the biggest thing, we’ve been consistent and consistently good. Even at Daytona, we came out with a wreck but we had an up-and-down night and we’re finding ways to rebound, get better and make up for my lack of experience. I have a great team and great people helping me, so I think that first win is coming. We’re putting in the work to get there and we just have to execute and put that Safelite Toyota Tundra in victory lane.”

KBM-34: The Safelite AutoGlass team will unload KBM-34 for Saturday’s NGOTS 250 at Martinsville Speedway. Owner-driver Kyle Busch was victorious with this Tundra at Martinsville in April of 2016 when he led a race-high 123 laps. Burton has raced this chassis three times at Martinsville, delivering a best result of fourth in October of 2017.