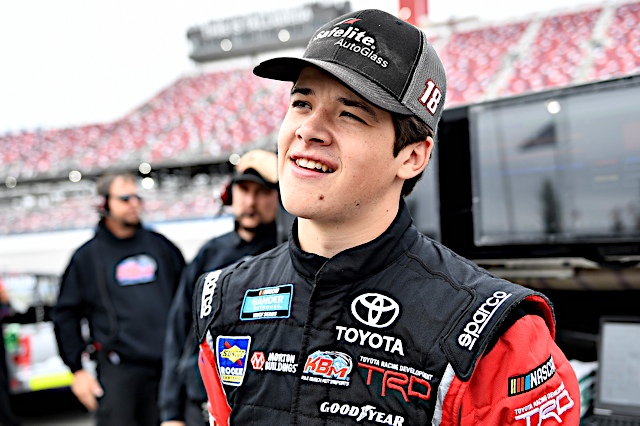 How does Martinsville compare to other short tracks on the schedule?

“Martinsville is completely different than almost every other short track on the schedule and honestly almost every other short track you go to. It’s really flat and the straightaways are long compared to how tight the corners are. You go from asphalt to concrete in the middle of the corners. There are times when the diamond line — where you run up to the middle and then back to the bottom — comes in. So, there is a lot of different things you kind of have to keep in the back of your head there. On top of that, you have guys beating your back bumper in and you’re beating the guy in front of you’s back bumper in. It’s a crazy race, full of action and a lot of fun. Hopefully, our Safelite team can go out there and come home victorious.”

Do you feel that the fall race will be more intense because it’s part of the playoffs?

“I think so. I think any race in the playoffs is a little bit more intense. It’s a good thing — it’s good action and good fun for the drivers and good action for the fans to watch. That’s the main thing, as long as it’s aggressive, but not too aggressive where everyone is wrecking each other, then I think it should be a really good race.”

KBM-35: The Safelite AutoGlass team will unload KBM-35 for Saturday’s NASCAR Hall of Fame 200 at Martinsville Speedway. Burton has finished third with this Tundra four times overall, most recently at Iowa Speedway in Newton in June. Daniel Suarez collected KBM-35’s lone victory in November of 2016 at ISM Raceway in Avondale, Ariz.