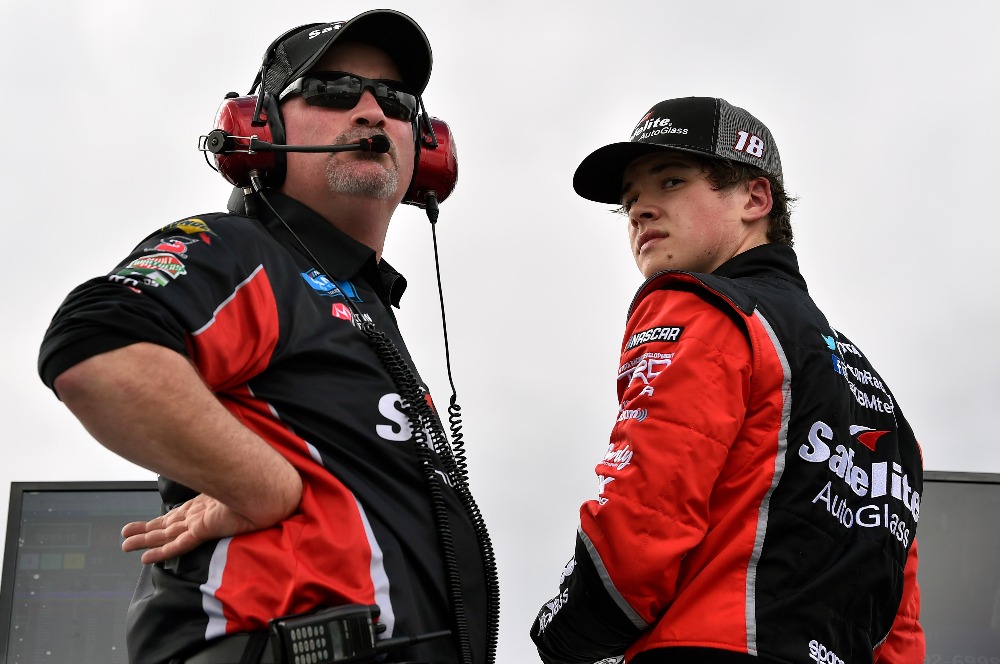 Does your strong run at Atlanta give you confidence heading into Las Vegas this week?

“For sure — pretty good run at Atlanta, but I still look back at the tape and see I can do some things better and be better. The last restart didn’t go the way we wanted to, but the rest of the race I still could’ve found ways to be better and gain more positions. So, that’s what being young and learning is about. I’ll go into Vegas and look to apply those things that I’ve learned and hopefully get our Safelite AutoGlass Tundra to victory lane.”

How do you prepare to race at a track that you’ve never competed at before?

“A lot of the tracks that I’ll go to this year it’ll be for the first-time ever, so I’ve kind of got in a rhythm of how I prepare. Watching film, being in the simulators and asking Kyle, my dad (Jeff Burton), or Kevin Harvick — who are three resources that I have. Going in there with confidence, knowing that you’re here for a reason — you’re here to win races and you have to do this for your team. I think the biggest thing you can have going for you as a racer is confidence — the confident guys seem to do the best. You have to build that up and get that confidence going and I feel pretty confident going into Vegas.”