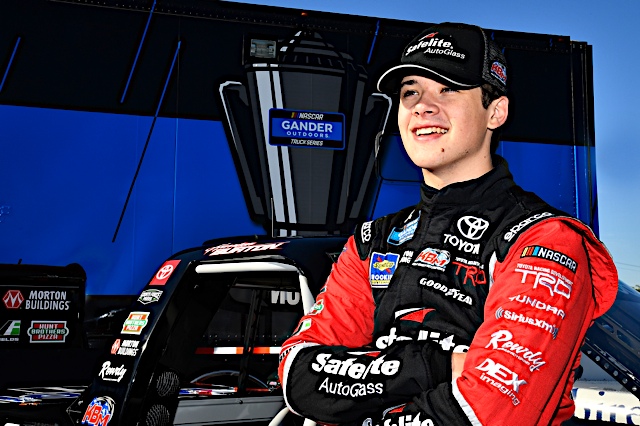 Are you excited to be going back to a track that you’ve already raced at this year?

“With having more and more mile-and-a-half experience it should be a lot of fun to go and give it another shot. It’s a fun racetrack with multiple grooves, so you are going to see good racing there. This is one of the first mile-and-a-half races that I get to go back to, there is not a lot out there that I’ve raced and gone back to, so I’m excited to try and go for that trophy.”

Do you enjoy going to Las Vegas?

“I love going to Vegas — it’s a fun time. Even though I’m not 21 and not able to do all the fun stuff like everyone else is going to do, I still enjoy going and seeing the city. The main thing I enjoy there is the racetrack. Going to race at a big venue like that is pretty cool for the drivers.”

KBM-50: The Safelite AutoGlass team will unload KBM-50 for Friday night’s World of Westgate 200 at Las Vegas Motor Speedway. Burton qualified sixth and finished third at Kentucky Speedway in the Tundra’s first race of 2019. KBM-50 made four appearances in 2018, including a win with Kyle Busch in its debut at Las Vegas (Nev.) Motor Speedway last March.