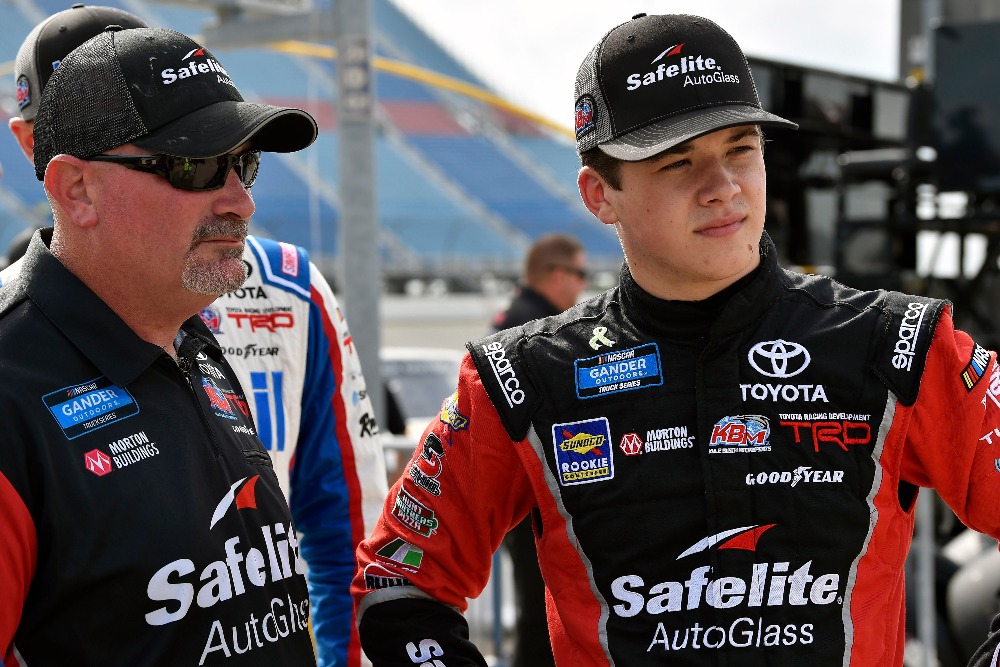 How has your first full-time season in the Gander Truck Series gone?

“This season has been a lot of fun — a lot of ups and downs. It’s a lot of hard competition every week, which is a lot of fun for drivers, we have to go really hard every weekend. It’s nice to be coming off of an off weekend — I feel like we will regroup really well as a team and we’ll be rolling into Kentucky with hopefully a lot of speed and going for the win.”

How much do you pay attention to where you are on the playoff grid?

“You definitely have to pay attention to it. I know that we had a good points day back at Chicago and we gained a lot of points back on the final transfer spot. What makes that deal a whole lot easier is if we come out and win at Kentucky — then you don’t have to worry about it. That’s the plan as of now, win and you’re in, so we just have to win.”

KBM-50: The Safelite AutoGlass team will unload KBM-50 for Thursday’s Buckle Up in Your Truck 225. The Tundra will race for the first time in 2019. It made four appearances in 2018, including a win with Kyle Busch in its debut at Las Vegas (Nev.) Motor Speedway last March. Brandon Jones started sixth and finished fourth with KBM-50 in last year’s event at Kentucky.