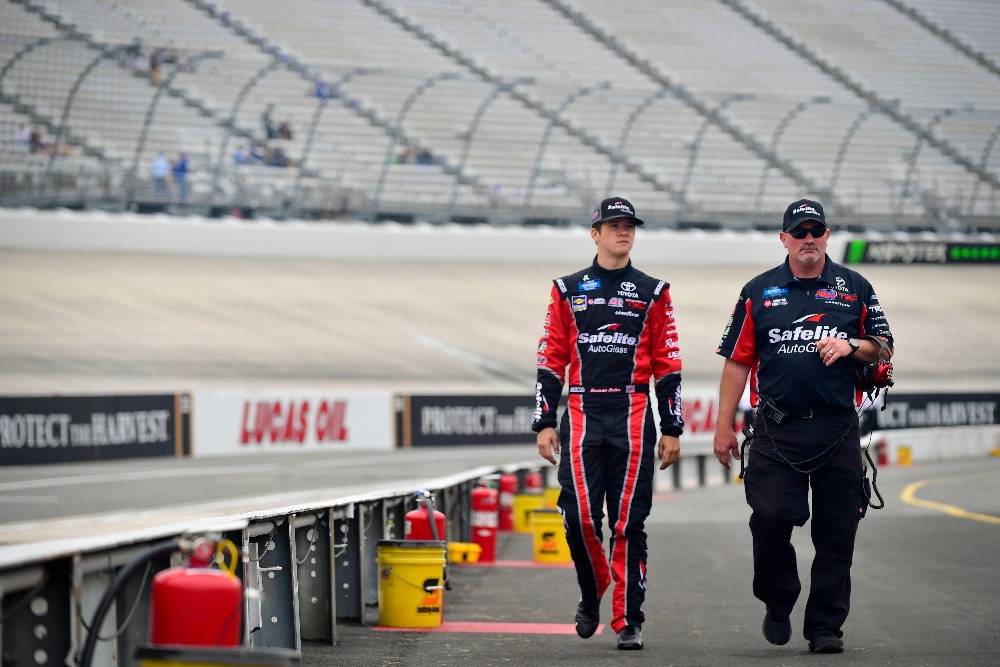 How can you apply what you learned in last year’s ARCA Series race at Kansas to your first Truck Series start there?
“I think ARCA is always a really good way to build yourself into the Truck Series. Getting mile-and-a-half experience in anything can help you a ton for the Truck Series. That’s definitely experience that I’m going to use from last year at Kansas — I think I finished second in that race, which was my first mile-and-a-half ever. I love Kansas. I love that race track — it gives you a lot of options as a driver as far as where you want to run and if you’re in traffic you can kind of move around and find somewhere else to go and get out of the dirty air. It’s a fun place for drivers and I’m excited to go tackle it.”

Your mom is one of your biggest supporters. What would it mean to get your first Gander Trucks win on Mother’s Day weekend?

“To get my first win on Mother’s Day weekend would be amazing. My mom has been everywhere with me since I was a little kid racing and has only missed one race in my entire life – and I’ve raced a lot of times. It would be really cool to get a win this weekend for mama bear – hopefully we can do that and celebrate Mother’s Day in style.”