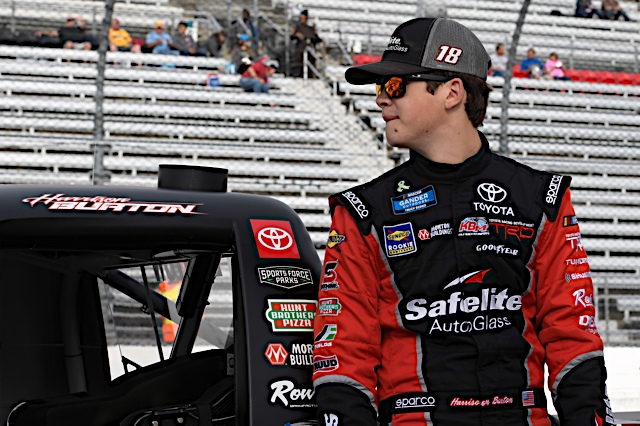 After a strong run at ISM Raceway last season are you looking forward to going back there?

“Yeah for sure, me and my crew chief Mike Hillman Jr. have definitely been looking at this race all year because we ran so good here last year and had a chance to win. It’s a fun race track for me and it’s one of my favorite race tracks. It’s always crazy with the new dogleg, and where we go through there on the restarts, it should be four-wide, five-wide craziness. I’m excited to go into it because we have less to lose than anyone else – the difference between second and 22nd doesn’t mean much to us. We’re going there for one thing and that’s the trophy.”

Is it important to finish out the last two races of the season strong?

“It means a lot — these guys work so hard and for myself who works so hard as well, to try and be the best that we can be when go to the race track. We haven’t quite performed how I wanted to, and I think how anyone wanted to, but that doesn’t mean that we are not capable of doing it. We have to just go and execute. These last two races are about going and having fun and enjoying them, but going there with getting the Safelite Tundra to victory lane in mind.”

You are doing a few appearances for Safelite this week outside the track. How has it been having Safelite as a partner this season?

KBM-56: The Safelite AutoGlass team will unload KBM-56 for Friday night’s Lucas Oil 150 at ISM Raceway. Burton has raced this Tundra four times this season, with a best result of third in in its most recent outing in July at Pocono Raceway in Long Pond, Pa.