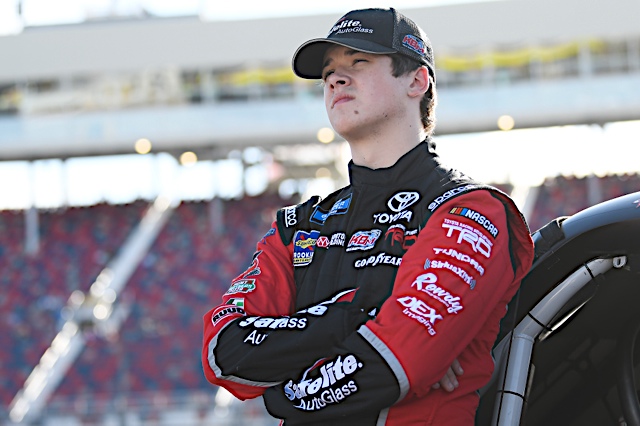 What did you learn testing at Homestead-Miami Speedway earlier this season that you can apply to the race?

“After going to test there earlier this year, I feel really confident going into the race. I think Homestead is a tough track that you really have to go there once before you can have success there. I learned a lot last year when I ran there and then I also learned a lot at the test this year – about how to maintain speed over the long run and a lot of important stuff like that. I’m also going to be double duty this weekend with running the Xfinity car and the more laps you get in a race vehicle, the better, so I think that is going to be a lot of fun, and the extra practice I get on that side Friday afternoon is going to help me in the truck race on Friday night.”

How does Homestead-Miami compare to other mile-and-a-half tracks on the schedule?

“Racing at Homestead compares to racing at other tracks in zero ways. There are so many differences between Homestead and places like Kentucky and Texas. There are places like Chicago and Atlanta that are somewhat similar, but Homestead is kind of its own animal. The way that you have to attack that place is really, really tough and it brings out the best drivers.”