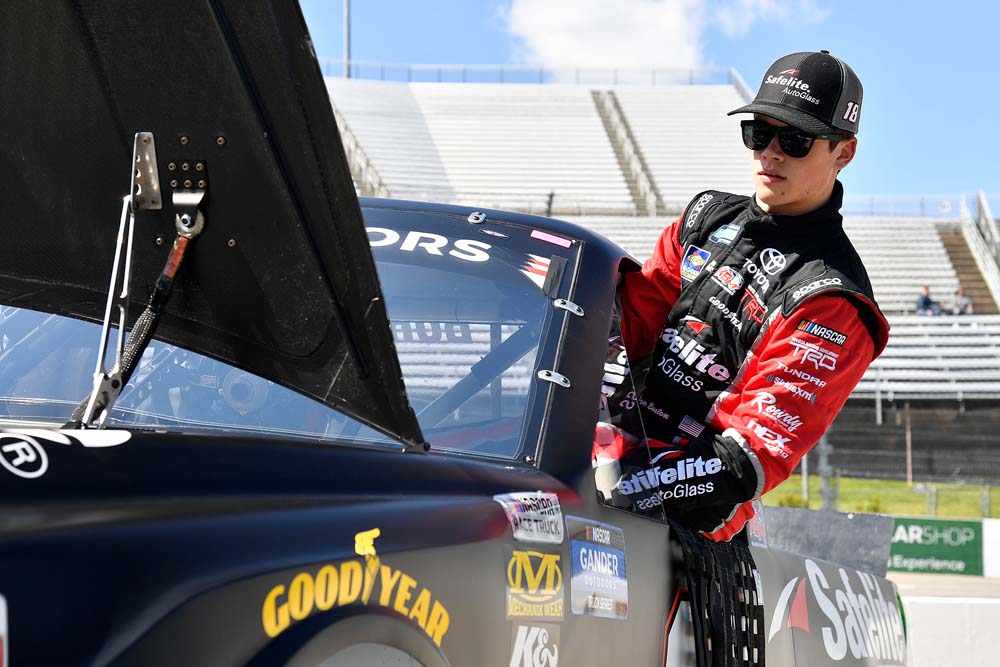 What did you do to stay busy during the break in the Gander Truck Series schedule?

“I’ve been racing still – I ran my first Xfinity Series race during the break and was going to run some Super Late Model races but they got cancelled and rained out. It’s been a lot of fun and kind of nice to get a break – not because I wanted to get a break from the racing, but because I needed it to get the chance to get myself better. I’ve been working really hard on my craft and I think when I get back in the Safelite Tundra at Dover hopefully we will see some results from that.”

You’ve had success at Dover winning in the K&N Pro Series East and you also have a top-five finish in trucks. Is it a track that fits your driving style?

“For sure — I love Dover. I love Bristol and Dover and fast, high-banked tracks — they fit my style very well. I enjoy it and hopefully we can continue that success and build on that. Last year, we didn’t have the best truck at the beginning, but we kept working on it and made it pretty good. We just need to start the weekend of better than we did last time, get a good qualifying spot and we’ll be there for the win — hopefully.”

Are you looking forward to having more races on the schedule over the next two months?

“That’s something that every driver looks forward to — racing every weekend and kind of getting that feeling where there is next weekend that we can look forward to even if we have a bad weekend. Like we ended on a bad note right before the break at Texas and that has just been looming over my head all of the break. The whole time I’ve been thinking about what I could have done different and what we could have done different to be in a better position. I’m looking forward to getting back in the Safelite Tundra and hopefully winning some races right in a row.”

KBM-35: The Safelite AutoGlass team will unload KBM-35 for Friday’s JEGS 200 at Dover. Burton piloted the same Tundra to a pair of career-best third-place finishes last year; at Iowa in June and at ISM Raceway in Avondale, Ariz., in November. The Toyota’s lone victory came with Daniel Suarez at ISM Raceway in November of 2016.