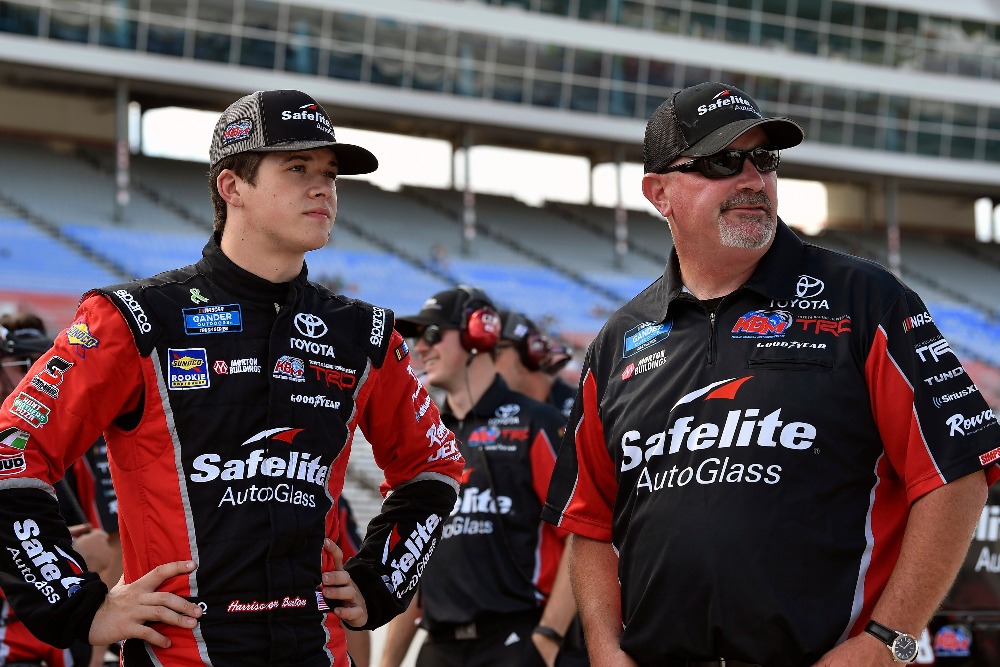 Will running the ARCA race on Thursday help you get more experience before Friday’s Gander Trucks race?

As you prepare for your first start in any series at Chicagoland, how do you think it will compare to other 1.5-mile tracks?

“It looks like a lot of fun definitely. It looks pretty worn out and you can run kind of anywhere, so I definitely look for the top to come in — which should be really, really fun. I love running the top, especially at mile-and-a-halves, so hopefully we can get the Safelite Tundra dialed in to run the top there and pass some trucks.”

KBM-59: The Safelite AutoGlass team will unload KBM-59 for Friday’s Camping World 225 at Chicagoland. The Tundra has finished inside the top 10 in both of its starts with Burton this season, most recently a fifth-place finish in the June event at Texas Motor Speedway in Fort Worth.