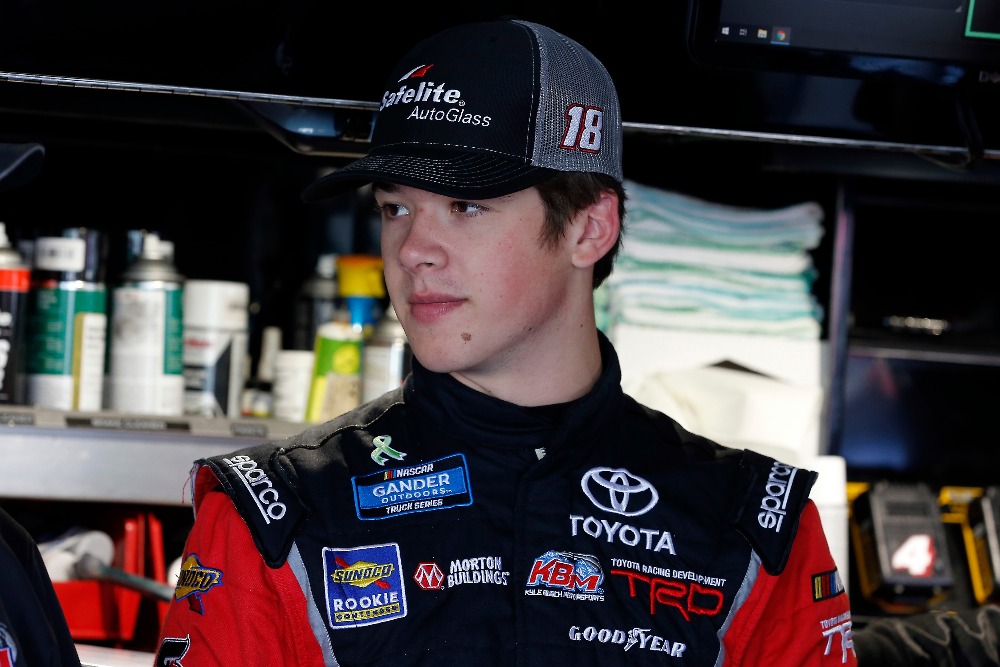 How tough has it been for you trying to balance finishing high school and being a professional driver at the same time?

“It’s been crazy – I feel like my focus has been in two different places a lot. I’ve been running around doing meetings over the phone. In the middle of class, I’ll get up and go do a meeting and then run back in and catch up on the notes that I missed. There is a lot of stuff that I’ve learned from that – multi tasking. I’m excited to go out and race in Charlotte and then next week go out and graduate. It’s going to be pretty cool to do all of those things and learn from the experience.”

“It’s going to be crazy for me to race on the big track at Charlotte — I remember being a little kid and everyone coming out to see my dad race. A bunch of our friends and our whole family would come out to Charlotte to watch him race and it was always fun because while he was racing, I could hang out with my grandparents and stuff like that. Now, all of those people are coming to watch me race — which is really crazy. I’m excited for it — I’m ready for the opportunity and hopefully we can put on a good show for them.”

KBM-54: The Safelite AutoGlass team will unload KBM-54 for Friday’s N.C. Education Lottery 200 at Charlotte. Owner-driver Kyle Busch was victorious with this Tundra at Pocono (Pa.) Raceway last July. Burton has piloted this chassis twice, most recently earning a fifth-place finish with it at Las Vegas (Nev.) Motor Speedway in March.