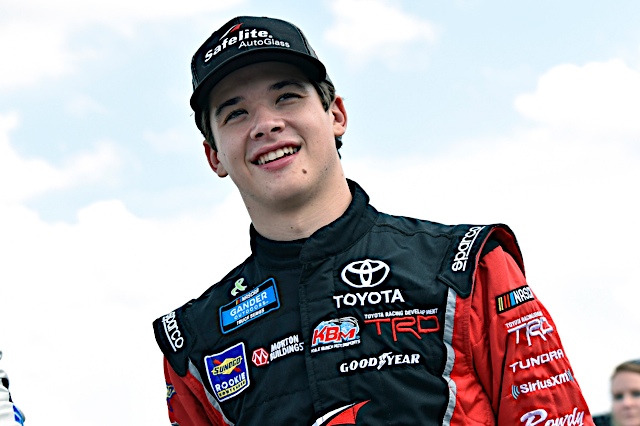 What goals do you have for the rest of the season?

“Basically, just to make everyone else’s lives really hard who are in the playoffs. We are going to go out and try to win races and take away points from those guys – go take it for ourselves. It’s frustrating not being in the playoffs. I feel like we were kind of hitting our stride near the end of the year – finishing in the top five regularly. Just mistakes earlier in the year caught up to us and we just didn’t make it happen in Michigan. Now it is going to be fun to just go and hunt wins.”

You have had success at Bristol in the K&N Pro Series East. What do you enjoy about racing at Bristol?

“I love Bristol — it’s one of my favorite race tracks. It’s a high-speed, high-intensity race track, lot of grip, so it’s a lot of fun for the drivers to get after it. I’m excited to roll down there and try to make it happen. I think we’re going to have a good Safelite Tundra and can go win.”

KBM-35: The Safelite AutoGlass team will unload KBM-35 for Thursday’s UNOH 200 at Bristol. Burton has finished third with this Tundra four times overall and in each of his last three starts driving it, most recently at Iowa Speedway at Newton. Christopher Bell captured the pole and led 31 laps with KBM-35 filling in for Burton, who was forced to miss the race due to illness, in last year’s Gander Trucks race at Bristol before being relegated to a 28th-place finish due to a mechanical issue.