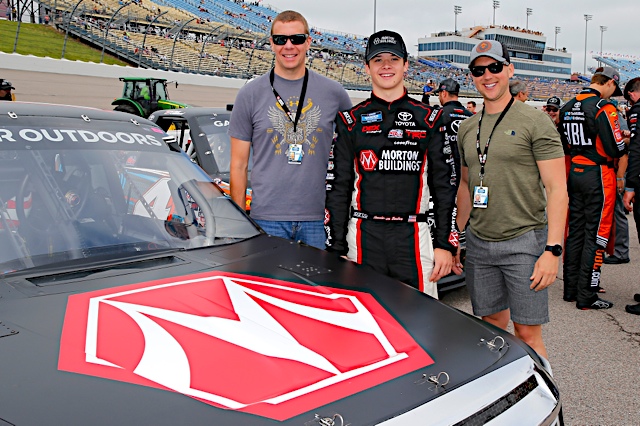 Do you feel like you are in a must-win situation over the final three regular-season races?

“Yes and no. It’ll be interesting to see — you never know what can happen. It we win, like I’ve said a lot of times, it makes everything a lot more simple — you’re guaranteed into the playoffs. That’ll be exciting if we can make that happen and get a win. We’re going into Pocono with the mentality that we are here to kick everyone’s butt and hopefully come out with a win.”

Does having strong runs in three ARCA starts at Pocono give you confidence heading into your first Gander Trucks race there?

What is the trickiest part about the “Tricky Triangle”?

“It’s hard to say — I’d say Turn Three is really tough because it is a long, sweeping corner and you have a long straightaway to go down if you mess up Turn Three it is going to bite you in the butt in a big way. I think Turn Three is really, really important, but there is always the Tunnel Turn that causes a lot of mayhem. Hopefully, we can get through clean and come out in front of everyone else.”

KBM-56: The Morton Buildings team will unload KBM-56 for Saturday’s Gander RV 150. Burton has raced this chassis three times this season, with a best result of eighth at Atlanta Motor Speedway in Hampton, Ga. in February. The No. 18 team raced the Tundra most recently at World Wide Technology Raceway at Gateway in Madison, Ill., where they had a top-five run going before being relegated to a 16th-place finish after a late-race accident.