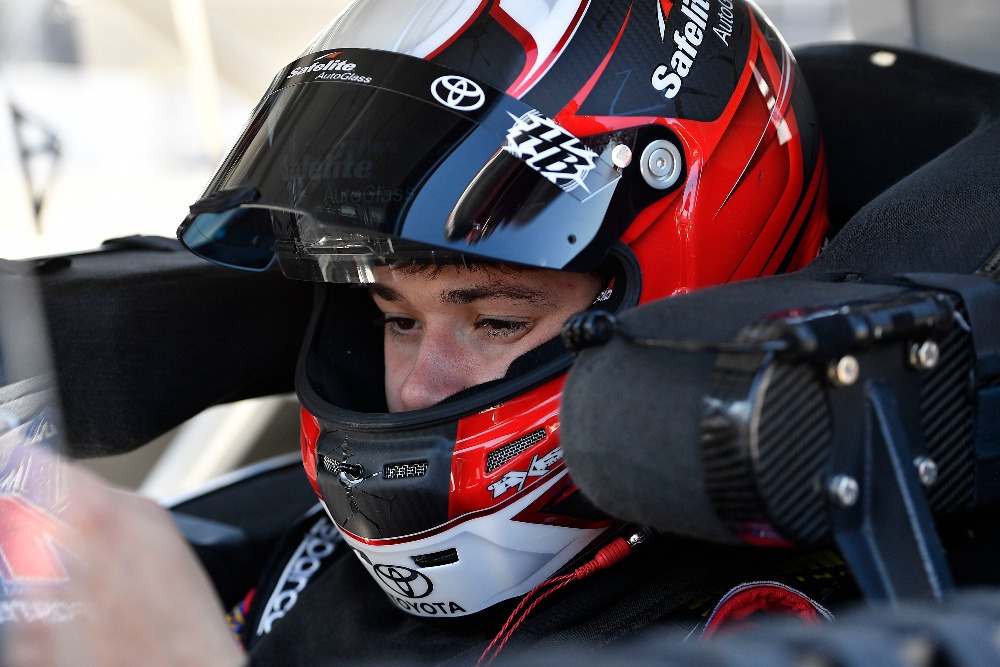 After a strong run last year are you excited to get back to Iowa?

“Really, really excited to get back to Iowa — it’s one of my favorite race tracks Multiple grooves, lots of hard racing, short-track racing. Morton Buildings is onboard again, so maybe that’s good luck — we’ll see. They always have a big group of people that come out to watch the races and are always pumped up — that’s cool to be a part of. I’m excited to go get after it.”

Will getting extra track time with the Xfinity Series practices on Saturday help you for the Gander Trucks race?

“I think that running any laps, anywhere, the more laps you get the better you are going to be. I’m really excited to try and hop back and forth between Xfinity and the truck, knowing that one will probably help me for the other. I’ll get out of the Xfinity car having more laps than I would just running the truck and that will hopefully help me in the Truck Series and vice versa the Truck Series will help me in the Xfinity Series. Hopefully we can come out of there with really good finishes — hopefully wins.”

How have you prepared for doing double duty?

“Double Duty is always tough — it’s going to be a super-long day. Iowa, that race is normally hot, so you have to hydrate – hydration starts early in the week. I’ve been in the gym a lot recently, even before double duty – that always helps keeping your heart rate low and helps keep you focused. There’s a lot of things that you can do to prepare yourself to go and do the double duty.”

KBM-35: The Morton Buildings team will unload KBM-35 for Saturday’s M&M’s 200 at Iowa Speedway. Burton has piloted the same Tundra to a trio of career-best third-place finishes; earlier this year at Dover (Del.) International Speedway and last year at Iowa in June and at ISM Raceway in Avondale, Ariz., in November. The Toyota’s lone victory came with Daniel Suarez at ISM Raceway in November of 2016.