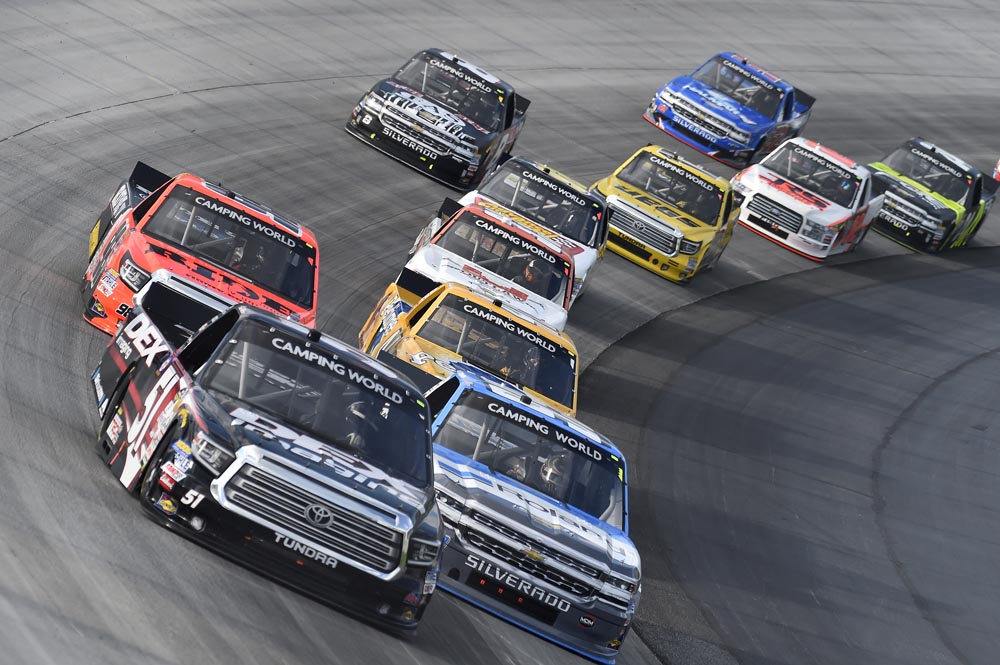 Talk about all the racing you have done since your last truck start at Martinsville in March:

“Since Martinsville I’ve been pretty busy. I was in the ARCA Racing Series in Nashville which was a lot of fun. We had a rough start to the race, but had a good rebound and finished third. Then I ran the K&N race at Bristol and me and my teammate, Todd (Gilliland), were duking it out at the end and he ended up beating me, but hopefully I can come back and beat him at Dover.”

What is the most challenging part of running well at Dover?

“I think the big challenge at Dover is not necessarily single-car stuff, but when you get into packs and groups of cars aero is really tough there. It’s hard to pass and hard to get runs on people because of how the trucks are, so definitely the biggest challenge is going to be passing and qualifying good is really important.”

You attended your high school prom a few weeks ago. How did that go?

“I’m not the best dancer in the world, but I hung my own. My girlfriend I went with is literally a professional dancer, so that is a bit of a skill gap I had to deal with, but I think I did alright and didn’t sweat too much.”

KBM-033: The No. 51 DEX Imaging team will race KBM-033, for Friday’s JEGS 200 at Dover International Speedway. Burton raced this truck last year at Dover to a 13th-place finish. Spencer Davis also finished 13th with it at Atlanta in February.