Hard-Fought Effort from Gragson Comes Up Just Short at Dover 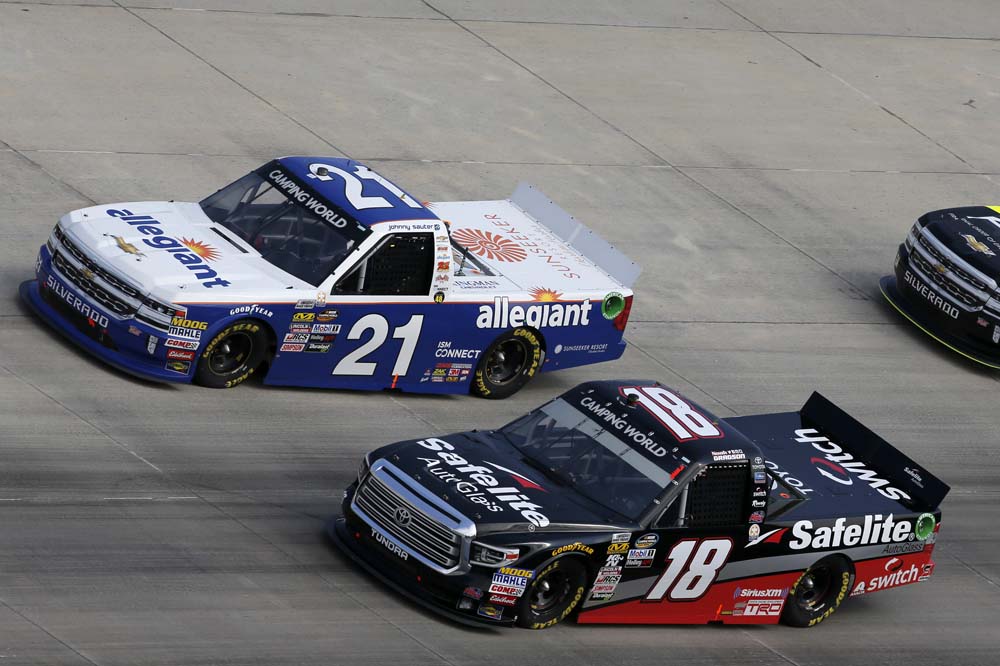 Noah Gragson captured the pole for Friday’s JEGS 200 at Dover (Del.) International Speedway and was battling for the win before a late-race accident relegated the Safelite AutoGlass® Racing team to a 20th-place finish. Gragson, who led three times for a total of 60 laps, used a strong restart to wrestle the lead from eventual winner Johnny Sauter with 12 laps remaining, but as the two were racing hard side-by-side for the top spot coming to the white flag the two trucks made contact at the entrance of Turn 3 causing Gragson’s Tundra to spin and slam backwards into the outside wall. 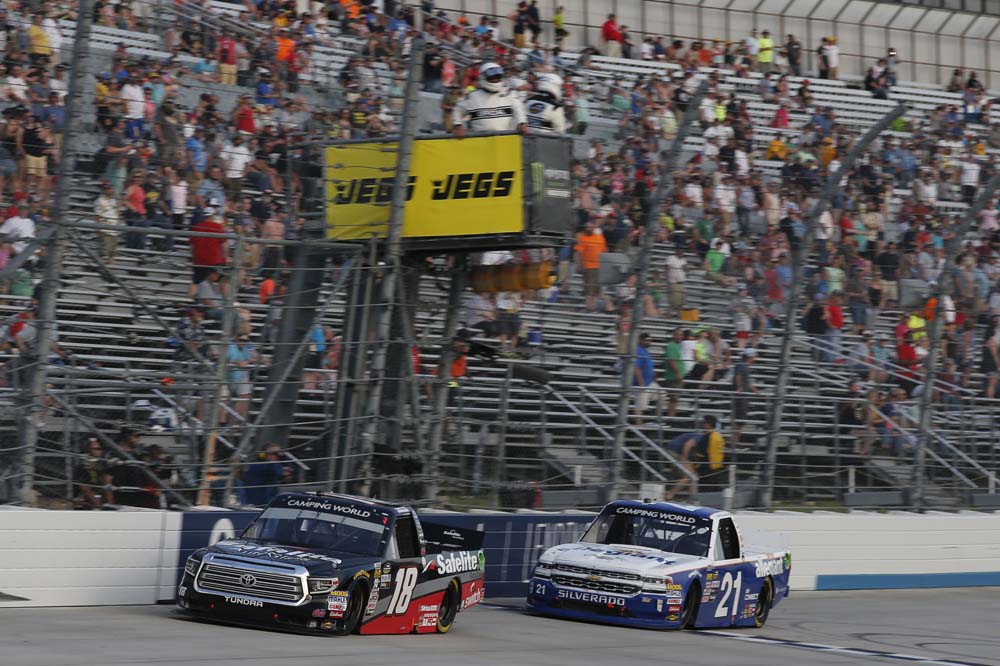 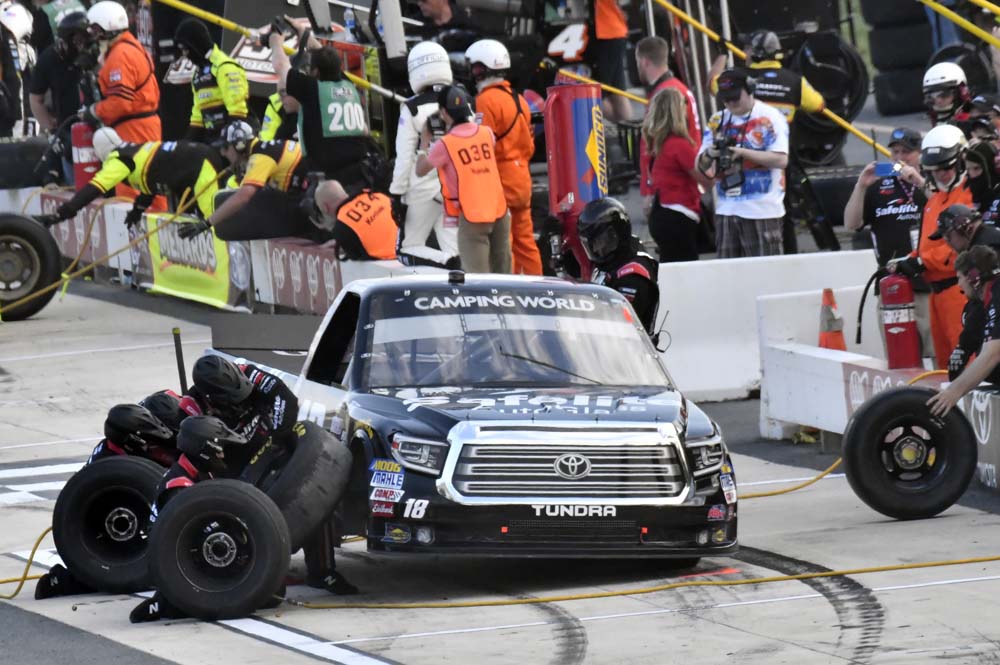 What happened that ended your race?

“Just pushed it over the limit and I take full responsibility for what happened. Just sometimes – it’s so hard to win these things, so you give 100 percent and sometimes you cross the line when you’re in the situation like that. I was racing for the win and tried to side draft him and we hit off each other and I went around. It’s just hard racing – no fault to Johnny (Sauter). I respect him as a driver and that’s just a racing deal.”

Gragson moved up three positions in the NCWTS Driver Championship standings to third. After five races the 19-year-old driver is 58 tallies behind championship leader Johnny Sauter. He has earned three playoff points.

Gragson will be back behind the wheel of the No. 18 Safelite AutoGlass Tundra when the Truck Series resumes action May 11 at Kansas Speedway in Kansas City. In. Live coverage of the NASCAR Camping World Truck Series 250 begins Friday at 8:30 p.m. ET on FS1.