Happy Homecoming for Heim at Atlanta 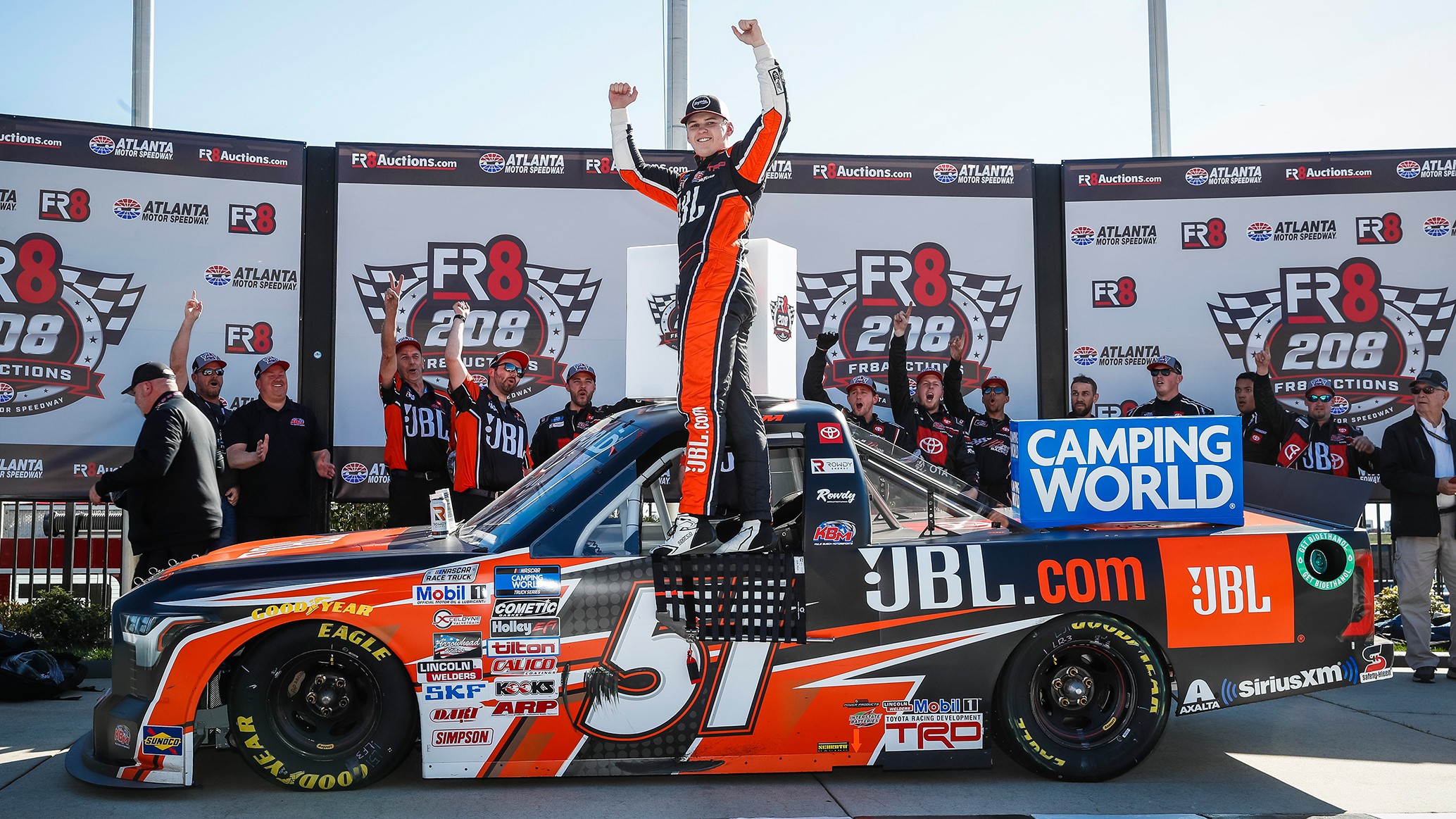 Georgia driver Corey Heim, who cut his racing teeth on the flat quarter-mile track located on the frontstretch of Atlanta Motor Speedway, was victorious in his first-ever start on the 1.54-mile oval in Saturday’s NASCAR Camping World Truck Series Fr8 208. The 19-year-old driver executed a last-lap pass on his Kyle Busch Motorsports (KBM) teammate Chandler Smith and then beat runner-up finisher Ty Majeski to the finish line by 0.173 seconds to pick up the win in just his fifth career Truck Series start.

Heim and Smith would battle for the lead over the final 27 laps of the race. Coming to the white flag in second, Heim made a move to the inside of Smith as the field entered Turn 1. As they exited Turn 2, Heim with a push from KBM teammate John Hunter Nemechek was able to clear Smith and then held off a late surge from Majeski to pick up the sentimental win.

Can you take us through that final run?

“First off, my crew chief Marty Lindley put me in a perfect spot. We were running in the 20s for most of the race to try to stay safe. I knew strategy was going to have to take us to the front. Marty did a great job so did my whole KBM (Kyle Busch Motorsports) No. 51 JBL Tundra TRD Pro crew. Just such a phenomenal job by these guys. They really helped me at the end.”

How special is this for you to win in your home race?

“It’s super special. I’ve been in victory lane here a bunch of times as a kid racing Bandoleros. It was such a dream to come back here and win race. It’s surreal. It hasn’t sunk in. Just unbelievable to be here.”

The No. 51 team is currently 6th in the Owner’s Championship standings and 32 points out of first place. With today’s win, the No. 51 team has accumulated five playoff points.

Driver-Owner Kyle Busch will make his second Camping World Truck Series start of the season behind the wheel of the No. 51 Safelite Tundra TRD Pro at The Circuit of the Americas on Saturday, March 26. Live coverage of the XPEL 225 will be on FS1, Motor Racing Network and SiriusXM at 1 p.m. ET.