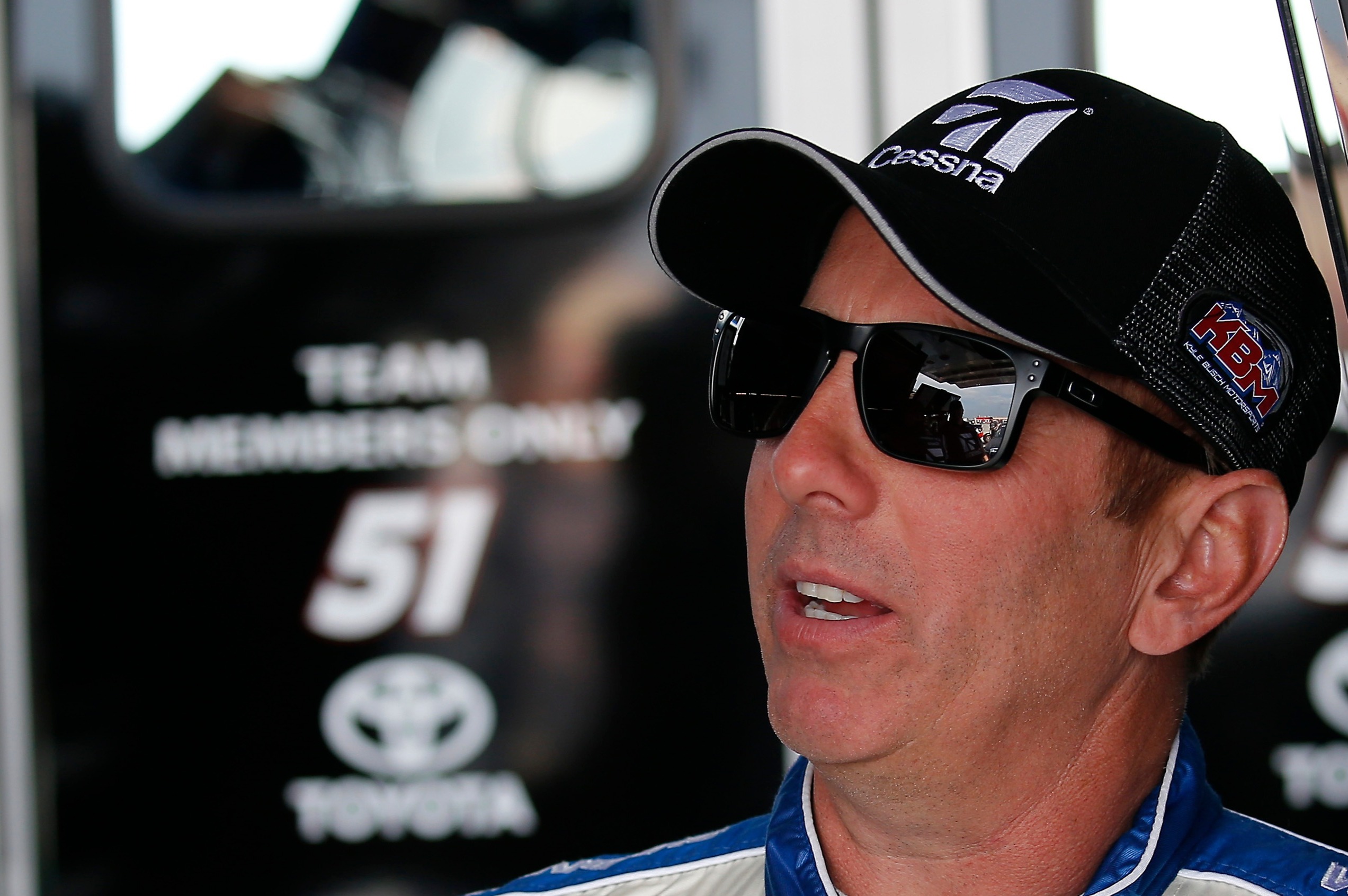 Why come back for one race?

“Well, I always said it was the right opportunity to come back into NASCAR. I’ve been talking to Kyle since I got out of the Cup car about maybe running some races, and he had a need for this particular Truck [Series] race and the 51 didn’t have a driver and we talked over a sand dune trip and decided that I’d come run this one race for him.”

How will the practice laps you ran at Texas earlier this year help you?

“So that was my biggest question when we decided to do it. I asked if there was any chance I could get a few laps in at the spring [March] Texas race, just to see what these things feel like, get an idea of the new configuration of the race track. I was able to make about 12 laps, just get a rough idea of what the truck drove like, what it felt like. That will help me going out for practice one, just to have an idea of what the track and the truck will feel like.”

How different is it from a long time ago when you were in the Truck Series?

“The difference between when I drove the truck and when I drove in [March], quite a bit of difference, obviously. But what it reminded me of, it reminded me more of what I’ve been doing over the last 10 years in the Cup car. The truck felt really similar to that, obviously I was by myself, I wasn’t around other trucks, but it kind of gave me that impression of bump-stops and similar to what the Cup car is. Granted, the aero is a lot different and around traffic it will be a tremendous amount different, but I felt pretty good.”

What are your expectations going into the race?

“The bar has been set pretty high, obviously, by Kyle [Busch, owner-driver] winning five times in this 51 truck, but I look at the results when Kyle is not in it and some of the other trucks, my expectations are certainly high and I certainly want to win, but coming back for the first time and driving these things and figuring the tire and the aero out and all the competitors out. I want a solid top-five performance. I won’t be happy if I don’t win, but again I don’t want to set my expectations too awful high.”

KBM-055: Crew chief Rudy Fugle and the No. 51 Cessna team will unload chassis KBM-055 at Texas Motor Speedway for the SpeedyCash.com 400 this Friday. This chassis was last taken out by Brandon Jones in Kansas earlier this year, where he piloted it to a fifth-place finish. Owner-driver Kyle Busch raced the chassis twice in 2019, at Texas in the March outing, and at Atlanta, winning both times.