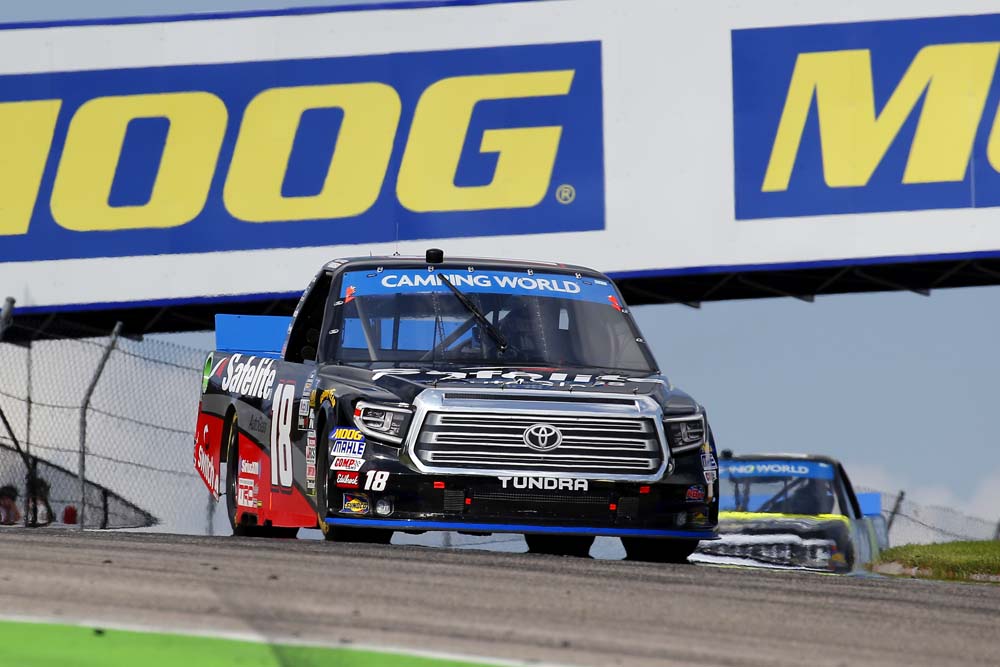 Noah Gragson led a race-high 35 laps and won the first two stags of Sunday’s NASCAR Camping World Series Playoff opener before finishing ninth after losing several spots after an accident happened in the final corner on the final lap of the race.

After winning Stage 2, the No. 18 Safelite Tundra hit pit road for four fresh tires and fuel and returned to the track scored in the 11th position, behind teams that had pitted late in Stage 2. Gragson methodically maneuvered his way back towards the front of the field, making his way into the runner-up position, 3.5 seconds behind his Kyle Busch Motorsports teammate Todd Gilliland, with seven laps remaining. The field was slowed for a one-truck accident with two laps remaining and set up NASCAR overtime.

Gilliland got a strong restart and when he took the white flag was 0.68 seconds ahead of Gragson. Gragson dug deep and slowly reeled in his teammate over the course of the final lap. As they entered the final turn, Gragson made a run to the inside of Gilliland and both trucks went spinning after making contact with each other. After gathering up his Toyota and getting it headed in the right direction, Gragson crossed the stripe in the ninth spot.

Gragson – who recorded his 11th consecutive top-10 finish – leaves the first race of the playoffs in the fourth position, 24 points ahead of the cutoff line for advancing to the Round of 6. 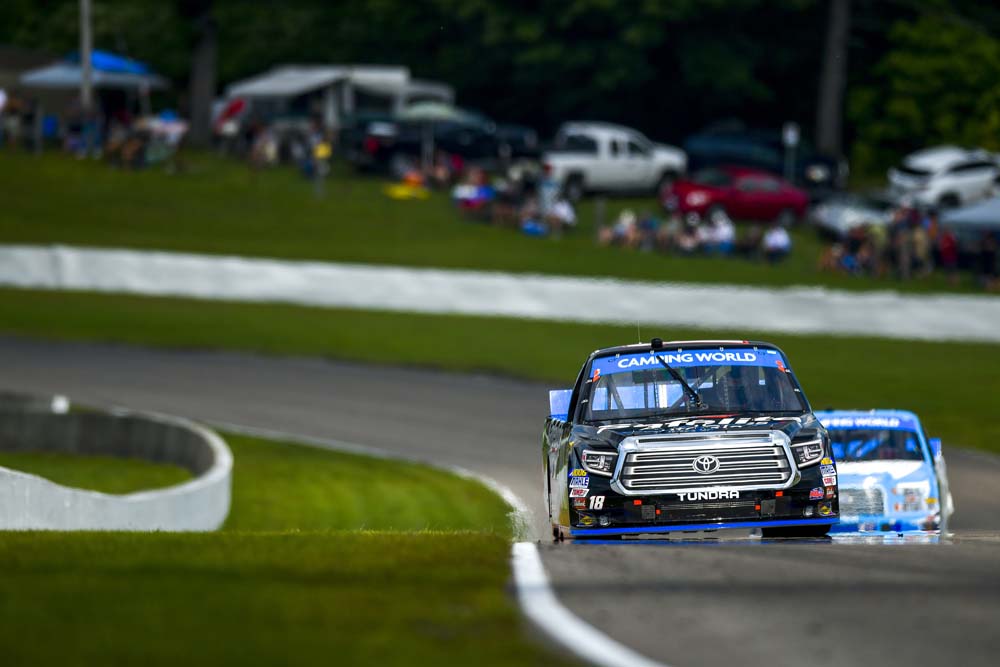 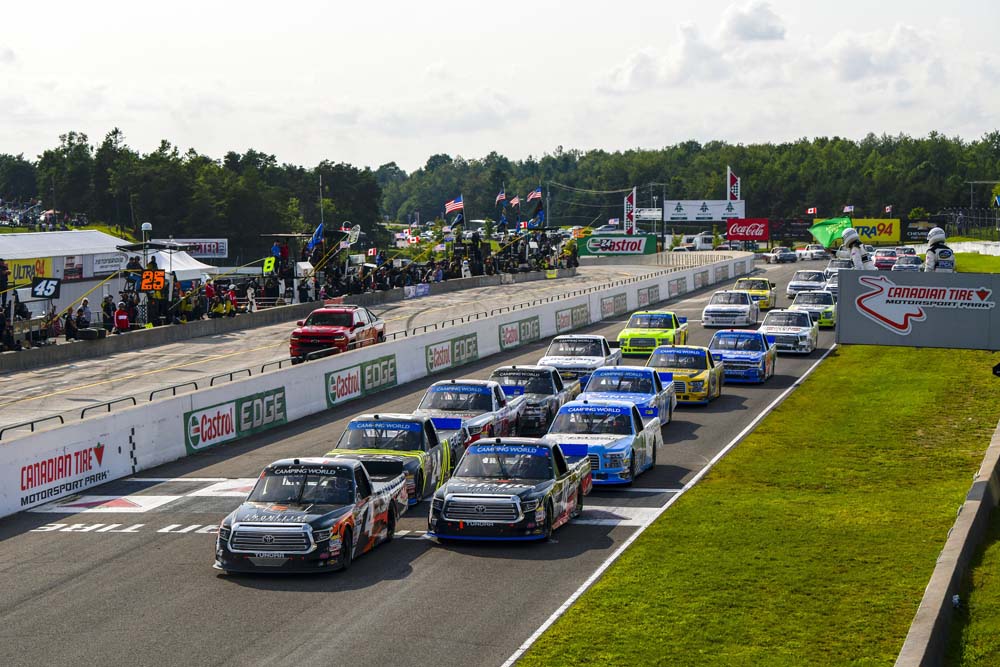 How do you explain that last corner and what happened?

How do you address this with your teammate Todd Gilliland?

“That’s just handled later. Right now, it’s just all about getting back and regrouping and focusing on Vegas. I wasn’t trying to take him out. I was expecting him just to give me a little bit more room on the bottom and it just wasn’t there. It wasn’t meant to be. Just apologize to everyone.” 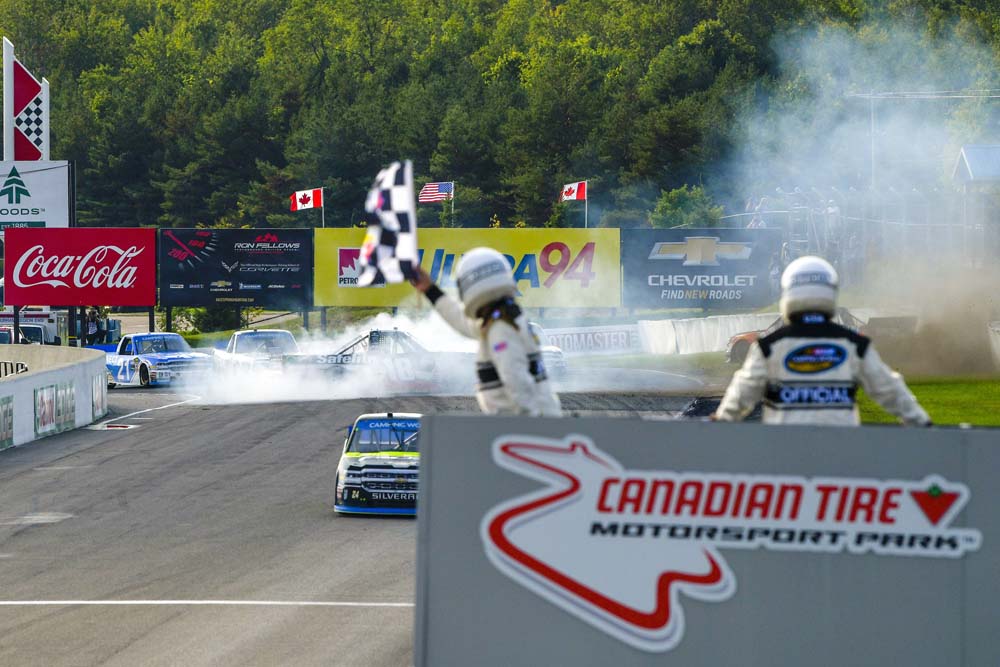 Gragson will be back behind the wheel of the No. 18 Safelite AutoGlass Tundra when the Truck Series resumes action Sept. 14 at Las Vegas (Nev.) Motor Speedway. Live coverage of the World of Westgate 200 begins Friday at 9 p.m. on FS1.