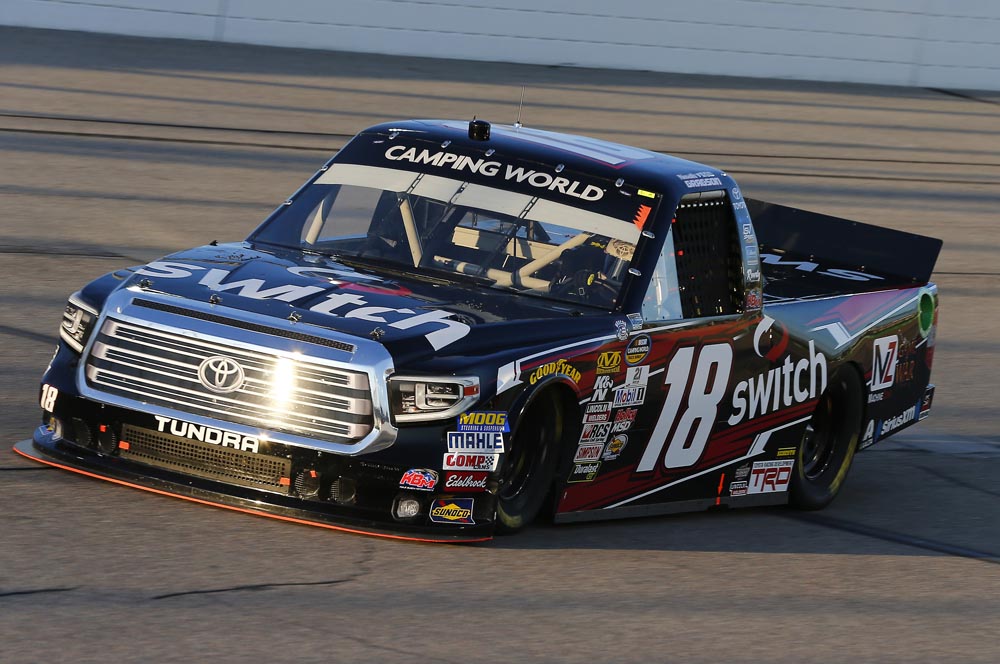 Noah Gragson started from the pole in his No. 18 Switch Tundra for the second time this season. After leading the first 16 laps he survived a wild late-race restart to finish sixth. It was his sixth top-10 and fifth consecutive of the season. 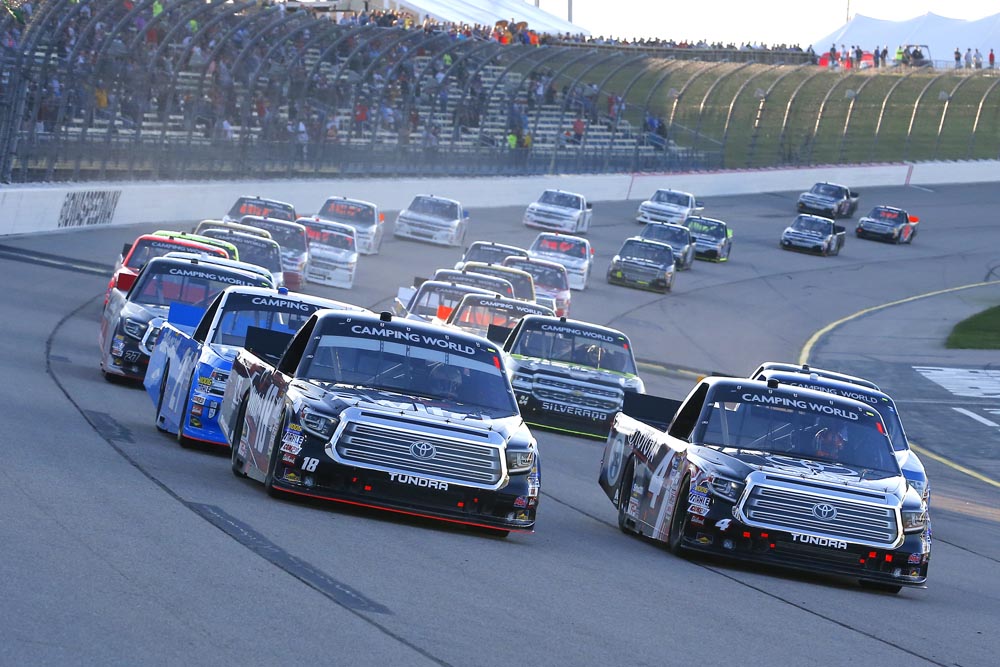 “That was so much fun. We were dicing it up for the lead and running three or four-wide at times. It’s a blast to have a fast Switch Toyota Tundra. I was third on that final restart and I felt like I got a good restart. I lagged back and got a run on the guy in front of me, but then the guy behind me was double my speed because he lagged on me and got a big run on me and made it four-wide, but it was still really cool. I’m already looking forward to our next race at Kentucky.” 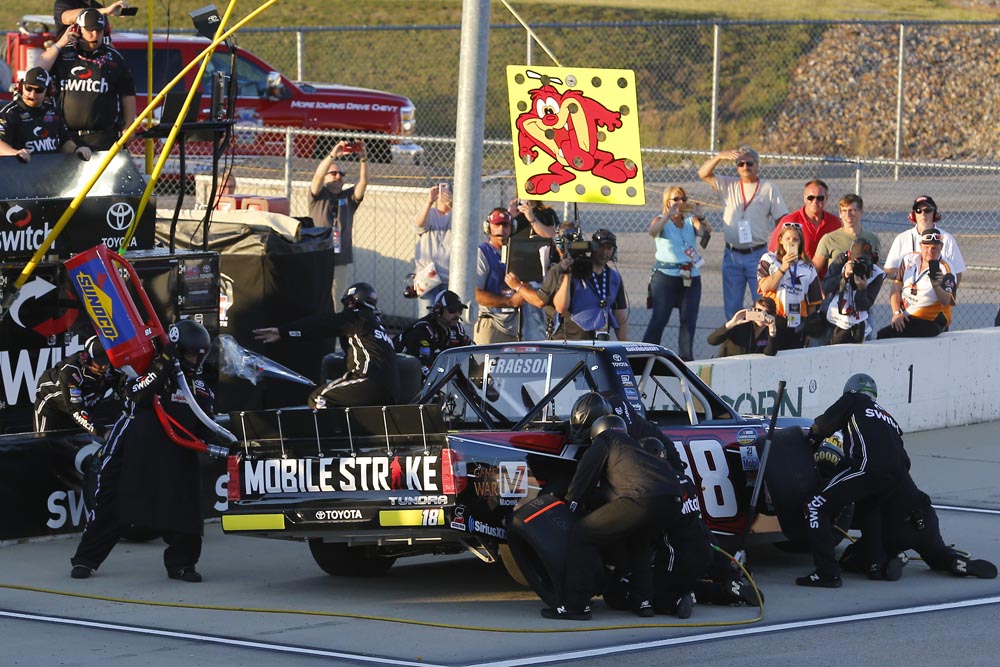 Christopher Bell, driver of the No. 4 Toyota, finished 5th

Harrison Burton, driver of the No. 51 Toyota, finished 11th

Gragson moved up one position to ninth in the Truck Series Championship Standings, 25 points out of eighth, the final playoff position.

After a weekend off, the Truck Series returns to action on Thursday, July 6 at Kentucky Speedway. Live coverage of the Buckle Up in Your Truck 225 begins with the NCWTS Setup Show at 7 p.m. ET on Fox Sports 1.