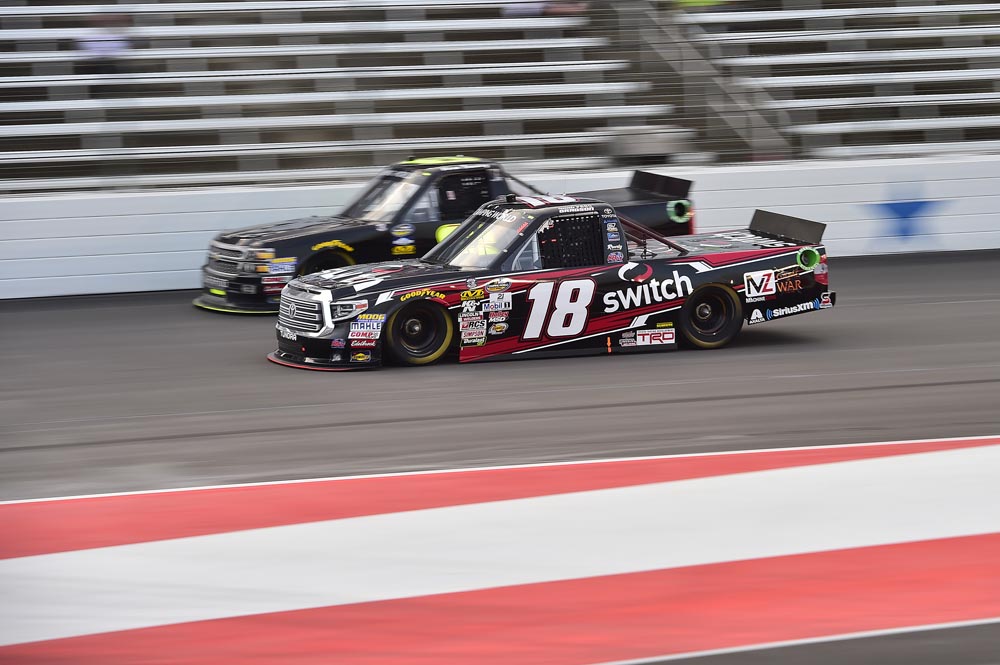 Noah Gragson won his first career NASCAR Camping World Truck Series pole and led 13 laps early in the race, but the rest of his night was not that easy. He came back from two laps down to earn his fourth top-10 finish of the year, coming home in seventh place. 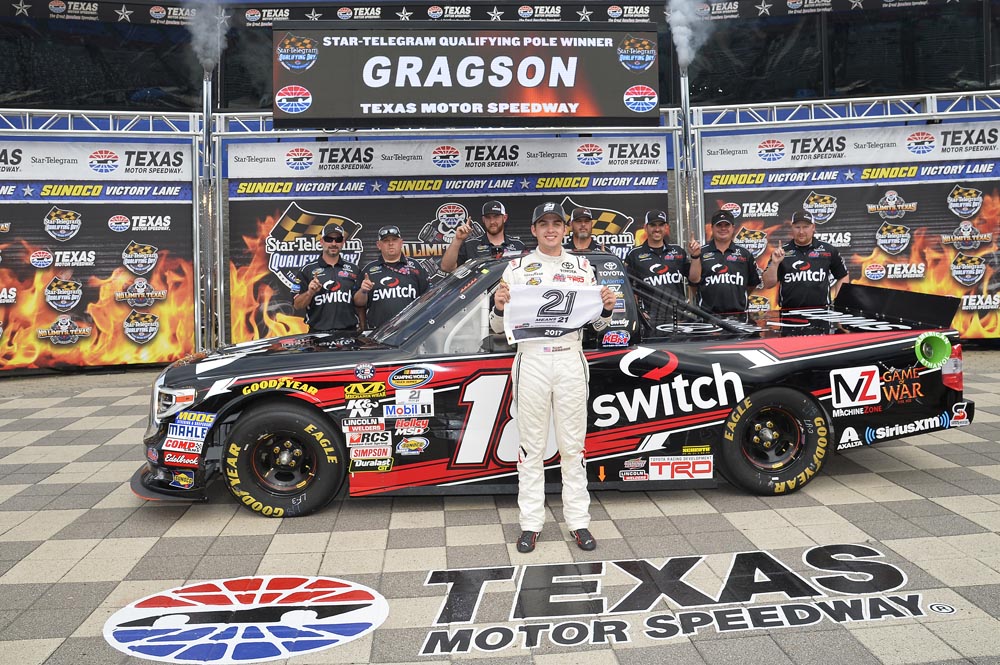 “I don’t know how we ended up seventh. We started on the pole really good and I felt like as the night came my Switch Tundra loosened up a little bit and we were already on the side of being loose, so it was just really hard to race in traffic. We came down pit road and tightened it up pretty good and then we had a loose left-rear wheel. Pitting under green put us a couple laps down. There was damage to the studs so the lug nuts couldn’t get tight. We pitted multiple times to put a spacer on and keep tightening the lug nuts, but we kept fighting through a lot of adversity today. I’m shocked we got back up to seventh. We kept fighting and that’s really what this team’s all about this year.”

Myatt Snider, driver of the No. 51 Toyota, finished 16th

The Truck Series returns to action on Saturday, June 17 at Gateway Motorsports Park. Live coverage of the Drivin’ for Linemen 200 begins with the NCWTS Setup Show at 7:30 p.m. ET on Fox Sports 1.