Gragson Wins a Stage and Contends for Win at Las Vegas 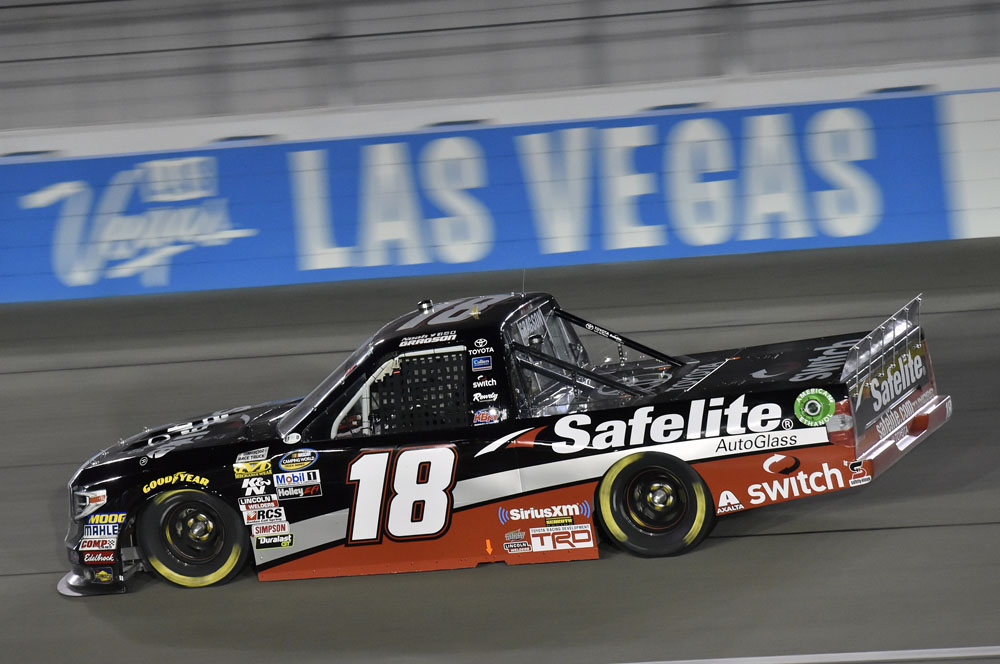 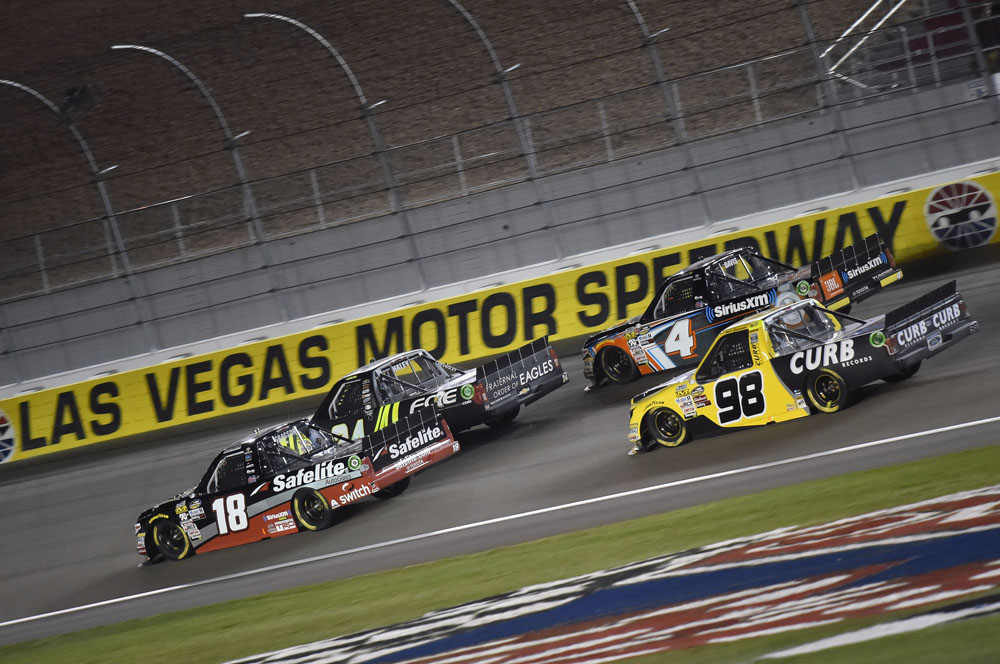 How was your race?
“We won that first stage and it’s just frustrating, we need more speed in our Safelite Toyota Tundra. Was just tough on those restarts, need to get better myself. Thankful for the opportunity and I wish I could have done it for my hometown crowd. We need to work on our restarts and I can see how these guys work the air and whatnot. Need to keep working hard and pushing forward. We’re going to Martinsville next which is where I got my first career win, so I’m looking forward to it.”
Stratosphere 200 Recap:
How Gragson’s KBM Teammates Fared:

Spencer Davis, driver of the No. 4 Toyota, finished 13th

NCWTS Driver Championship Standings:
Gragson maintained the fourth position in the NCWTS Driver Championship standings. After three races the 19-year-old driver is 41 tallies behind championship leader Johnny Sauter. He has earned two playoff points through the first three races of the season.
Next Race:
Gragson will be back behind the wheel of the No. 18 Safelite AutoGlass Tundra when the Truck Series resumes action March 24 at Martinsville (Va.) Speedway. Live coverage of the Alpha Energy Solutions begins Saturday at 2 p.m. ET on FS1.
Share this post
Share on FacebookShare on Facebook TweetShare on Twitter